SLEACHT NÉILL hurling manager Michael McShane is expecting a quartet of his injured players back in action later this month.
The reigning Derry and Ulster champions will host parish rivals Swatragh and they’ll book a semi-final if they avoid defeat.
The Emmet’s were without six regulars in Sunday’s 2-21 to 1-7 win over Lavey, but McShane feels it will bring competition for places.
He handed debuts to youngsters Ruairi Ó Mianáin, Peter McCullagh and Eamonn Cassidy at the weekend and feels the champions are in a healthy place.
“Gerald (Bradley) could’ve played if we really wanted him to,” McShane said in relation to a hamstring strain sustained in training.
Skipper Cormac O’Doherty was an unused substitute after his May operation on a shoulder injury sustained in last year’s final. Meehaul McGrath also had an operation on a wrist injury picked up at county training earlier in the season.
“Meehaul will be playing in the next game as will probably be Cormac,” McShane said. “Had that been a championship final today, Cormac would’ve played. The timeline was always going to the end of August to be back, so he went ahead with the operation.” 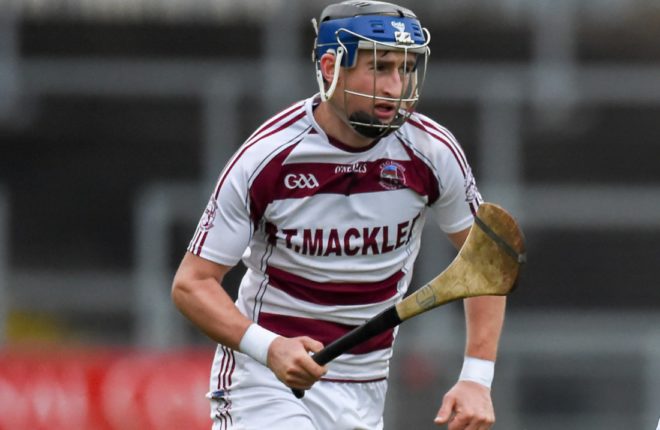 McShane confirmed that Brendan Rogers’ injury in a football win over Lavey was a “fracture” in his hand.
“Brendan will be fit to play in the Swatragh game in three weeks’ time,” said McShane, who said Rogers would’ve played had it been a crunch game.
“We wanted to have a chance to look at those young lads, so you don’t have to risk the likes of Brendan and Cormac.”
Seán Ó Caiside is “very, very near” to a return to action after his recovery from a second cruciate ligament injury on football duty against Swatragh last season, while Sean ‘Tad’ Cassidy is rehabbing a long-term groin injury.
”It is a slow burner…time is the only healer,” McShane said of the former Derry captain’s progress.
“We are in a very healthy place. By the next game with Swatragh, we’ll have four of the boys back.”
The Emmet’s have two football group games (Steelstown and Newbridge) before the hurling campaign resumes on the Sunday, August 28.