THE championship weekends are nearing a close. The semi-finals of the senior and intermediate football championships are down for decision.

GLEN V NEWBRIDGE
Saturday, Owenbeg, 6.45pm
THE manner of their second half win over Magherafelt laid down a statement that Glen are coming good at the right time. Newbridge were easy winners over Dungiven, with scores coming from every line, but this is a significant step up.

SLEACHT NÉILL V LAVEY
Sunday, Owenbeg, 6.45pm
IT took extra time for Paul Bradley’s side to see off Lavey at the same stage last year. Both were comfortable quarter-final winners on Saturday night. Sleacht Néill have their full hand available to them. It’s a tough test for Lavey.

DRUMSURN V FOREGLEN
Saturday, Owenbeg, 5pm
FOREGLEN held off a strong Greenlough comeback. They face a Drumsurn side hoping to break the glass ceiling and secure a spot in the final. Both teams are strong in the middle third, but Foreglen’s experience of digging out championship wins makes them slight favourites.

GLENULLIN V CASTLEDAWSON
Saturday, Owenbeg, 5pm
A LATE Shea McKenna point put Castledawson’s inconsistent season to bed and book a spot in the last four. They face a Glenullin side on a winning run with Neil McNicholl a welcome addiction after his return under manager Paddy Bradley this season.

CRAIGBANE V BALLERIN
Sunday, Celtic Park, 2pm
CRAIGBANE lost to eventual winners Desertmartin in the last two seasons and will be determined to take home the silver this year. They face an in-form Ballerin team with plenty of pace. It will come down to Craigbane’s attacking duo Lee Moore and Tiarnan O’Connor. It could be a shoot-out. 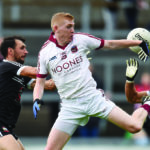 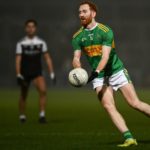