DERRY CCC have finalised the dates, venues and time for their club championship programme which swings into action.

The championships will again be played in a group format, leading into the knock-out stages.

Glen will begin their defence of the John McLaughlin Cup in a group that includes Claudy, Banagher and Swatragh.

Sleacht Néill, last year’s beaten finalists, are in a group with Steelstown, Newbridge and Ballinderry.

It is organised in four groups of four, with all 16 teams entering the knock-out stages which will be played on a 1v4 and 2v3 format.

With the 2023 SFC set to be reduced to 12 clubs, four teams will be relegated at the end of the championship.

Action began Friday with the start of the hurling championships and wins for Sleacht Néill and Kevin Lynchs, while Lavey hit two stoppage time goals to salvage a 2-13 all draw at Swatragh.

All eight hurling teams are divided into two groups of four, with the group winners making it to the semi-finals.

The intermediate championship will take place in two groups of five this season.

All fixtures home or away unless stated. 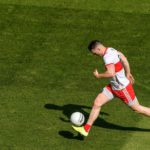 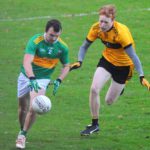 Glen set to retain the services of Malachy O’Rourke 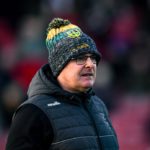