DERRY senior camogie captain Shannon O’Doherty is fully behind any approach to merge the Camogie and Ladies Football Association with the mainstream GAA.

In an interview for Gaelic Life, the Swatragh player feels Derry are making progress under new manager Martin Coulter and points to the support of new county chairperson Paddy Downey.

“I am definitely on for the merged approach,” she said. “I had Gemma Begley ringing me from the GPA, explaining it all to me. I wasn’t aware that this was happening.”

Begley, who was appointed as the GPA’s Equality, Diversity and Inclusion Manager last December, was in contact with county captains, seeking endorsement of the move that would see all four codes under the one umbrella.

“She was explaining the difference in the funding between the ladies football and the camogie versus the GAA…it was £80m to £8m, it’s not close,” O’Doherty said.

“Even in our own club we’ve been trying to get the camogie and the GAA club together, it just makes sense. Why not all be together and help each other out and not fundraising for two different causes?”

The Derry captain has praised Paddy Downey for doing everything in his power to give the squad everything they need, from meals after training to a more central location in the south of the county for sessions.

“We are going to Claudy to train there on a Thursday night at 8pm, it’s not fair when there are so many pitches at Owenbeg,” she said.

“I think it would be a bit fairer if the girls could be given a set time for the pitches.” 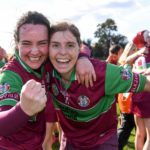 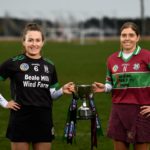