FORMER Derry star Sean Marty Lockhart feels one of the reasons Dublin were at the forefront of Gaelic football was the quality of their defenders.

In a feature interview this week, the All-Star full-back – who played a record 16 times for Ireland – looks back on his preparations going into the championship arena across 15 seasons at the top.

While the art of defending has been somewhat lost with the influx of sweepers and teams opting to defend in numbers, Lockhart points to successful teams having defenders with the ability to go toe to toe with an opponent.

“That’s why Dublin won so much,” he said. “They had good forwards, but they had four defenders who could defend, (Philly) McMahon, (Cian) O’Sullivan and (James) McCarthy…boys who could take out the star men and that’s a big thing.”

Lockhart played on a Derry team littered with top quality defenders. Kevin McCloy picked up an All-Star for his exploits, while Niall McCusker and Kevin McGuckin were often alongside him in the Oakleafers’ full-back line.

The Banagher man – who prided himself on proving that any unstoppable attacking star could be shackled – would love to be playing now and said how his job would be a bit easier with the mass defences in place. But looking around, it’s the bigger picture that stands out above any damage limitation exercise.

“Kerry have gone back to basics,” Lockhart added. “They have started to develop defenders because when you get to Croke Park, you have to be able to defend…it is massive.”

“I remember talking to Kieran McGeeney a few years ago and he said you are a rich man if you have two brilliant man markers now. It means if the game is in the balance, you can go for it because you can trust them.” 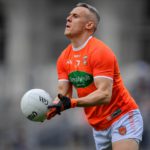 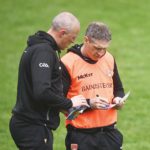 Donaghy and McKeever set to stay with Armagh 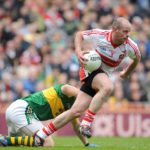