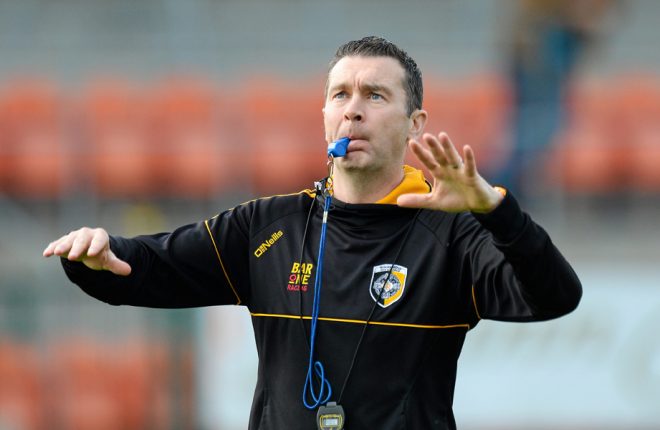 IT’S a new look Crossmaglen but the same old story is expected. There are a few notable absentees heading into the first round, but they have been handed a rather soft start against a Dromintee side just laying the foundations for their rebuilding job.

Johnny Murtagh and Stephen Finnegan have stepped away from the side while Paul Hughes, Jamie Clarke, Ronan Finnegan and Aaron Cunningham are in America. The return of the underrated Martin Aherne in recent weeks is a great boost but Oisin O’Neill and James Morgan are injured.

There’s still class all over the pitch with Paul Hearty still manning the goals while the Kernans, Aaron, Stephen and Tony, form the backbone of the team. Rian O’Neill, younger brother of Oisin, is an exciting addition to the side.

Kevin Franklin’s Dromintee squad is probably the youngest in the competition, and the loss of centre half-back Peter Campbell to a shoulder injury has left them looking very open at the back. Scott Winters is also out with a cruciate after making a positive impact in his debut season.

It’s not all gloom and doom though. Former county ’keeper Philly McEvoy is enjoying his best club season in a number of years while Shane Carroll and Cathal McKenna are a dangerous inside line when they’re on form. Aaron McKay is also developing into a top-class midfielder too.

The result is not hugely important for Dromintee here. Be at least competitive and they can enter the backdoor hoping to have a decent run. Suffer an annihilation and the likelihood is that their season will simply drift away.
VERDICT: Crossmaglen