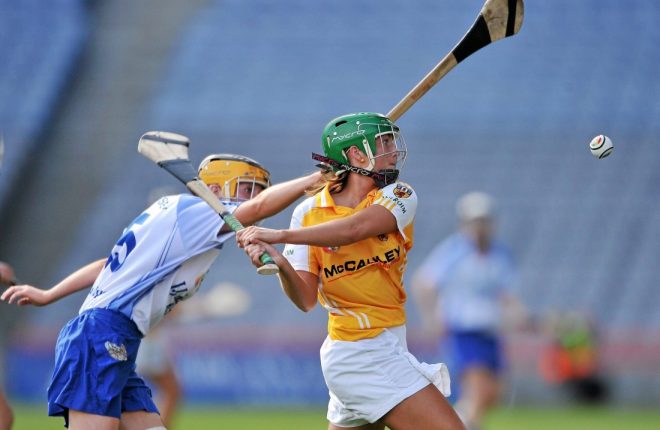 Antrim Camogie manager Paul Boyle has expressed his disappointment that his team won’t get to begin their National Camogie League campaign this weekend.

Antrim were due to play Cork on Sunday, but the Rebels were unable to field as 60 per cent of their intermediate squad – the level Antrim played at – were graded as senior players.

Boyle said: “Obviously this is very disappointing for us as we were really looking forward to the match.”

Yet Boyle refused to get overly negative about the situation.

“As usual it has been a mammoth effort to galvanise a squad, but now that the Loughgiel contingent and the university players are back we are in a strong position going into the National League.

“We will be looking to the usual leaders to drive the team on, such as Eleanor Mallon, Una McNaughton, Emma McFaddon, Emma McMullan, Shannon Graham, Rhona Torney and Sinead Laverty.”

Boyle also told Gaelic Life this week that there are a number of emerging players whom he believes have the potential to push the county on to greater things. Players such as Chloe Higgins, Eimhear Costello, Colleen Patterson, Erin Elliot, Niamh O’Neill, and Orla O’Hara.

The Saffrons have a new back room team this year, as Joe Baldwin joined as a selector, and John Mulhern as strength and conditioning coach.

“We will use the National League as an opportunity to build the team, and we are targeting the Ulster Championship. If things go according to plan, hopefully we will give a good account of ourselves in the Intermediate Championship.”

Antrim’s first league game will now be away to Galway on March 13.