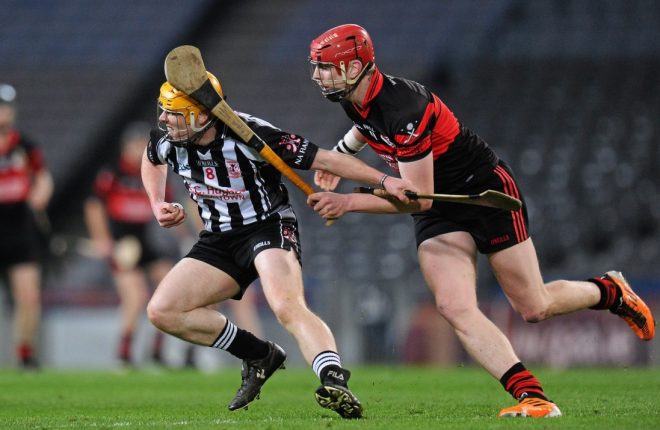 Clubs from Derry and Antrim are planning to put forward motions to their county boards in an effort to further reduce the rule which forces Ulster Club Hurling Champions to play at a higher level.

Last Tuesday at a CCC meeting of the Ulster Council the decision was taken to cut the controversial five year rule to three years.

But clubs from Antrim and Derry feel that this does not help them enough, and they plan to put forward motions to reduce the rule to one year of playing at a higher grade, before dropping back down again to play at Intermediate or Junior level.

The five-year rule came under fire earlier this year, when Cloughmills senior manager Geoff Laverty revealed that his club would fold directly because of the effect that this rule would have on the club. 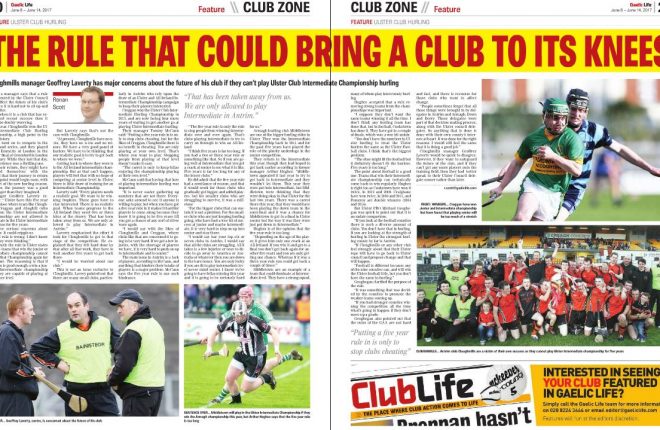 In June, Geoffrey Laverty hightlighted the plight of Cloughmills

However, after some lobbying from clubs, the CCC agreed on Tuesday that they would reduce the rule from five years to three.

This means that if a team wins the Ulster Club Intermediate or Junior championship, they must play in the grade immediately higher for three years rather than five.

Cloughmills won the Intermediate Hurling Championship in 2016, and would have had to 2022 to play at Ulster Club Intermediate level again.