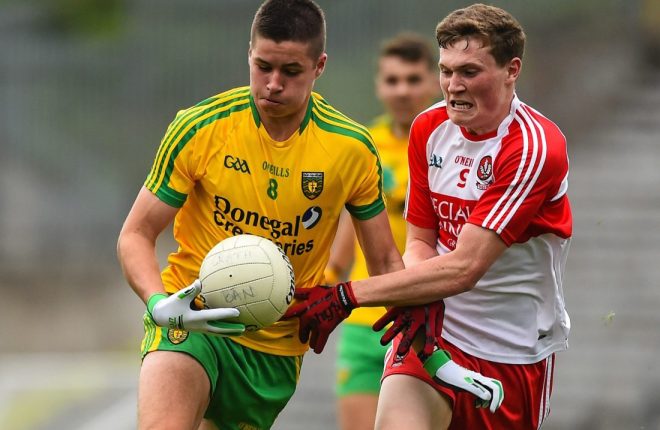 The final pits two teams who know how to battle to win, as they both had difficult games to reach the decider.

Abbey Vocational Schools needed a late burst of scoring in their semi-final to see off Cavan’s Bailieboro Community School.

Jack Keaney was their key scorer, hitting 1-5 in a hard-fought encounter.

Daniel Gallagher was another important player for the Abbey, as he scored 1-1 from corner forward. Both those players will have big part’s to play in the final.

The Fermanagh side is an amalgamation of nine schools in the Erne County.

Jason Flanagan was their top scorer with 0-5. Paul Og O’Reilly scored 0-3, in what was a star performance.