IT’S fair to say that 2022 won’t go down in the annals of Cavan hurling. They failed to win a single game in either league and championship, a disappointing and perhaps surprising outcome given they reached last year’s Lory Meagher final.

Time will tell whether it’s the start of a trend, but Seamus Hughes, a key figure in engineering the return of the Cavan senior hurling team four years ago, is concerned that a lack of collective willpower (not to mention a lack of resources) will hamper their efforts to strengthen hurling in the county, particularly at underage level.

While it isn’t all doom and gloom, there is a big vacancy at the heart of Croke Park since Martin Fogarty – the association’s first National Hurling Development Officer – stepped down last December.

Fogarty had done great work in counties where hurling doesn’t have the same reach, but it’s onl

Hughes, who managed he Cavan u-20s this year, commented: “Martin is gone nearly a year and I’m pretty confident there isn’t a hurling committee in Croke Park either. The hurling committee would’ve looked at the Cuchulainn and Tain leagues and it hasn’t been replaced either.

“It is worrying, I know we’ve had Covid and the GAA took a hit, there’s been cutbacks. I worked with the GAA so I can look at it from both sides, and it seems like there has been a slippage on the things that have been developed in the last couple of years. The Celtic Challenge (the u-17 competition) is solid but that’s something all the counties can take part in, and I’d be concerned about the other competitions.

“Martin Fogarty and all the fellas involved are all gone, lads like Ryan Gaffney (Armagh), Aidan Morgan (Monaghan), even myself.

“It’s a lot for people to take on who are already involved with coaching in the county already. Up here you’re lucky to have one hurling Development Officer in a county, and chances are, they might be covering a county and a half. They’ve enough on their hands looking after development squads and schools without trying to run the Táin and stuff like that, it’s just too much.

“The GAA should be putting in more coaches, so instead of having four football coaches to one hurling coach, it should be a ratio of three to two or even parity, because let’s call a spade a spade, Ulster football is already strong, and I’m not saying clubs are awash with coaches, but they’re well supplied as it is.”

Cavan doesn’t have an official hurling development officer sitting on the county board, and while Vice-Chairman Mark O’Rourke is well-regarded by the hurling fraternity, Hughes believes a proper body would only help matters.

“Mark’s a good fella but he has his fingers in a lot of pies, there’s a lot of stuff going on. Some people think committees are just talking shops, but if you have a hurling committee, you have people looking after fixtures, people raising concerns with the county board, and it’s good even when it comes to brain-storming and meeting like-minded people. Sometimes you can feel fairly isolated, being involved with hurling outside the traditional powers, and that’s why those committees are good.” 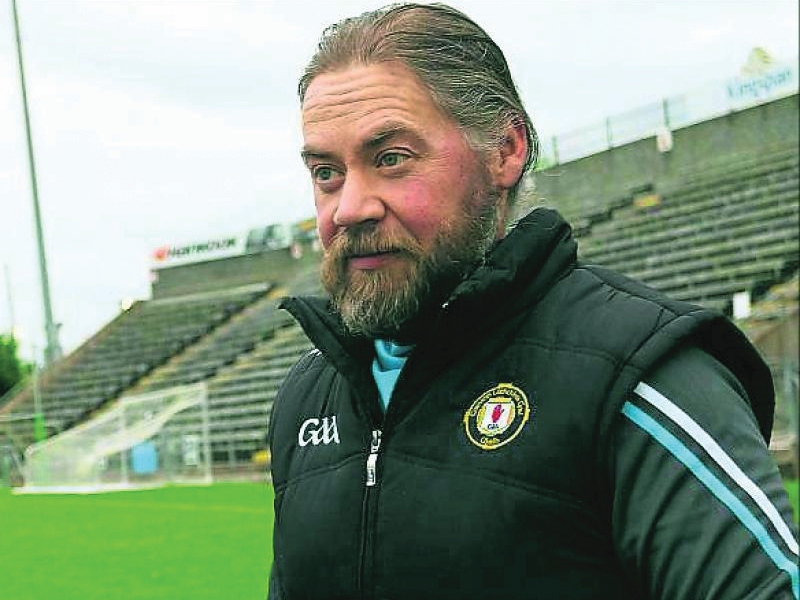 Cavan have moved to reappoint Ollie Bellew, who led the senior team to the Lory Meagher final in 2021. Hopefully that helps matters, and Hughes is also glad to note that they’ve decided to enter the pre-season Conor McGurk tournament.

“Last year there were sessions where there were only about half a dozen players with the seniors.

“I was there with the u-20 team and I had a similar number because there were lads away to colleges and different places. At one stage I suggested bringing the two teams together so we could have meaningful training sessions but it didn’t happen.

“We’re still on the tail-end of Covid and maybe hurling wasn’t the number one priority with everything going on and that’s understandable.

“As far as I know they’re going into the Conor McGurk tournament in Belfast in the new year which should help. The boys need more games, not less. When you only have a handful of clubs in the county, they’re nearly getting more games with Cavan than with their clubs so playing in another tournament should only be a good thing.”

At club level, Hughes’ own club Cootehill have started to dominate at both underage and senior level. They tried a new league format at senior club level this year but Hughes said it didn’t really go as planned.

“The reality is you’re always going to work around football, it’s the main GAA sport in the county. You’re trying to run fixtures during the week and it worked to an extent, but a lot of fixtures weren’t fulfilled, possibly because teams saw how strong Cootehill were.

“Cootehill are in a good place at the moment and we’d be hoping they push on in the coming years. It’s nice winning county titles but with the catchment area and good young players coming through, I’d be hoping they can start giving Ulster a rattle. Generally speaking, there’s been a contraction rather than an expansion at underage level. At u-13, Cavan Gaels and Mullahoran also fielded, but otherwise it was basically ourselves and East Cavan Gaels.

“It’s hard to do anything meaningful when you only have two clubs operating, that’s why it’s important to keep the Tain Óg league going. It’s very hard for young fellas when they’re playing the same clubs all the time, they’re straight up with me about the fact they get bored with it.”

The million dollar question is what can be done to significantly improve the overall outlook of hurling in the county. One thing that could be done is tightening the binds between schools and clubs, says Hughes.

“The Cumann Na mBunscol has just finished and there were a good number of schools involved. The important thing is to make sure clubs know there are children in their area playing hurling.

“Every club has nurseries now on Saturday morning, and if you brought in hurls and sliotars and gave the children a go, it could help. You could have indoor hurling tournaments, a bit like hockey, where it’s ground hurling with rubber bas and a bigger softer ball – it’d be something that all children could do and anyone could coach. If that moves into the local halls at clubs, it would be a great way of making the game visible.

“There’s no easy fix, but it would help if clubs were more aware of hurling blitzes that are going on etc, as they can sometimes get lost in the mix as club secretaries are usually football people. It’s about developing those strong links with hurling people in clubs – if you have just one hurling officer covering 40 or 50 clubs it’s going to be hard to get to know everybody.” 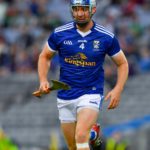