JASON Reilly will be back at the helm of Cavan Gaels in 2023.

The Cavan legend is in his second stint of the club, and will hope to build on some of the progres made last year, which included an incredible league final victory over Crosserlough.

It was Gowna who won the county championship, however, with a deserved victory over Killygarry, and it’s yet to be confirmed whether Fintan Reilly and Dermot McCabe will commit for a third year at the helm. They won the reserve championship last weekend, and the u-20s in the club have an upcoming championship final, so it really has been some season on all fronts for Gowna.

Killygarry are yet to confirm whether Jody Devine, who led them to only their second ever appearance in a Cavan senior final, will come back for a second year in charge.

Mickey O’Connor will be staying on for a second year at Lacken, alongside selectors Joe Crowe, Mark Hyland and James Bryce.

Former Monaghan captain Owen Lennon is coming back for a second season at Kingscourt Stars, alongside his cousin Brendan, while Jimmy Higgins is staying on at Crosserlough. Kevin McDonell will also remain in the managerial post at Lavey. 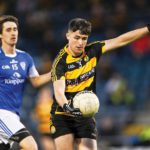 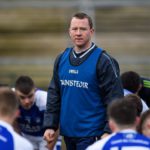