CASTLERAHAN V BAILIEBOROUGH
Friday, Kingspan Breffni, 8pm
Castlerahan dropped just one point during the group stages of the championship, drawing with Cuchulainns in the opening round, but won their three remaining games to finish second in the table and should continue that winning streak.
Verdict: Castlerahan

CUCHULAINNS V KILINKERE
Saturday, Breffni Park, 7.30pm
Cuchulainns won a five-goal thriller in the league when these sides met. The difference was eight-points that day but that was back in April and the gap surely won’t be as wide. Still, table toppers Cuchulainns should still get the result.
Verdict: Cuchulainns

TEMPLEPORT V COOTEHILL
Sunday, Breffni Park, 4pm
Cootehill had a horrible campaign in Division One, finishing bottom with just a single point picked up. Templeport competed in Division Three and won the league but may not have closed the gap in time.
Verdict: Cootehill

BALLYHAISE V DENN
Sunday, Breffni Park, 7pm
Denn won just one game throughout the entire league campaign in Division Two while Ballyhaise finished third in Division One and reached the IFC final last year. Based on that evidence, Ballyhaise will progress to the next stage of the competition.
Verdict: Ballyhaise

BALLYMACHUGH V KILLESHANDRA
Sunday, Sheelin Park, 12pm
Killeshandra failed to pick up a single point in the championship and due to their poor scoring average, finished bottom of the table. While Ballymachugh didn’t set the world alight, they’ll have enough to make it through.
Verdict: Ballymachugh

DRUMGOON V BELTURBET
Sunday, Boyle Park, 12pm
Belturbet got to within four points of Ballyhaise during the championship but that was as close as they got to anyone through the campaign. Drumgoon were competitive throughout and picked up a win and they should get a second this weekend
Verdict: Drumgoon

DRUNG V DRUMALEE
Thursday, Breffni Park, 8pm
These two sides drew during the league, although Drumalee finished four places above Drung by the end of the campaign. They also had an identical record in the championship so this could go right down to the wire.
Verdict: Drumalee

MOUNTNUGENT V DRUMLANE
Saturday, Breffni Park, 3.30pm
Both teams finished on equal points throughout the group stages, winning three of their four games. Drumlane will carry the favourites’ tag into this game and may just have enough to edge a close encounter.
Verdict: Drumlane

MUNTERCONNAUGHT V KNOCKBRIDE
Saturday, Breffni Park, 5.30pm
Knockbride have been operating at a higher grade but in terms of momentum, Munterconnaught have won more games this season. That might be enough to just see them over the line.
Verdict: Munterconnaught

ARVA V SHANNON GAELS
Sunday, Breffni Park, 2pm
Arva topped the group with an unbeaten campaign, winning three of their four games and drawing one. They also finished top of Division Two and are the favourites to book their spot in the last four.
Verdict: Arva 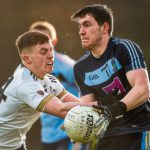 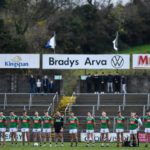 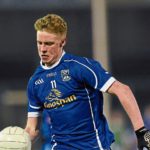