MULLAHORAN footballer Cormac O’Reilly says the side want to establish themselves as a Division One team following their recent promotion from the second tier.

The Dreadnoughts had already achieved promotion before a dramatic league final victory against Arva a fortnight ago, which was decided by a penalty shoot-out.

O’Reilly, who only recently returned from intercounty duties, says it won’t count for much in the long-run if they suffer the same fate as in 2019, where they failed to win a single game in their short-lived stint in the top flight.

He said: “We’ve been a bit of a yo-yo side, we got to Division One a couple of years ago and we never won a game which is embarrassing really. We want to fare better next year, win games and blood younger players so they get the experience of playing against the top teams and the top players.”

Reflecting on their penalty shoot-out win over Arva in the league decider, O’Reilly admits that it wasn’t the best way to separate the two teams after a helter skelter game of football which was still level at the end of extra-time.

“I took the second penalty. To be honest, when I watched the Armagh and Galway game I thought it was a good way to finish the match, but when you’re in that situation yourself, it does seem a harsh way to go out after two teams slogged it out for so long. It’s probably not the fairest way of doing things.”

Mullahoran have turned their attention to their Senior Championship opener against Ballinagh in a week’s time. Last year they reached the knock-out rounds, which was a decent accomplishment in itself, and O’Reilly says plying their trade in Division Two won’t leave them unprepared to face the big guns in Cavan.

“I think it’s a high standard in Division Two. If you look at Arva, they’re a junior side but I think they probably see themselves winning that competition and would fancy their chances at intermediate level as well. The standard is good and a lot of our lads have had game-time so we can’t use that as an excuse for a poor championship.”

They know their first round opponents, but after that it’s the luck of the draw for their remaining group stage fixtures. O’Reilly says he quite likes the system in place.

“I like it and a lot of people do. The draw for the next round is made after the last championship game of a certain weekend. It leaves a bit of uncertainty but it’s good the way the games are all rolled out on a weekly basis.”

“They bring a lot of experience to the table and the players have worked hard since the start of the season. It’s been impressive that the players have all put their shoulders to the wheel and have done a lot of gym work.” 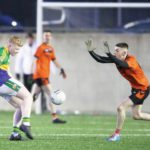 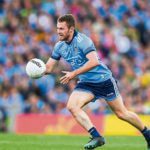 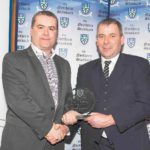