INJURIES have taken their toll on Cavan champions Ramor United this season, but they’ve had enough to reach the last four of the championship where they’ll now face Killygarry on Sunday afternoon.

Attacking aces in the form of Sean McEvoy, who has gone to America and James Brady, currently sidelined having torn his ACL, are unavailable and leave a massive gap in their forward division.

Still, Ramor just about had enough to edge out Mullahoran with a dominant second half display getting them over the line after a replay, after going into the half-time break all square at 0-5 apiece.

“It took us an extra game, we drew with Mullahoran the first day out and then eventually in the end up we got over the line the last day,” said Brady.

“We pushed on in the second half to win it, but they were very tough, they were very well set up defensively, so it was just hard to break them down.

“It was a good test for us, but we aren’t really playing that well to be honest. We were a wee bit better the second day than we were the first day, but injuries are taking their toll on us too but that’s why you have a panel, you have other lads that will come in and do a job for you hopefully.

“Matthew Magee hasn’t played the last two or three games, he’d be our corner back, Gareth Mannion has a broken bone in his hand, Sean McEvoy has gone to America and James Brady, he scored 1-8 in the final last year, he’s done his cruciate.

“Sean McEvoy would have been another top scorer for us, between the two of them they scored 1-12 in the championship final last year so we’re down that kind of scoring power.”

They take on a Killygarry side that are just coming off what was perhaps the game of the season as they squeezed past Kingscourt with one point to spare to book their place in the last four.

Brady knows all about the quality they have, and the sides have already clashed once in the competition, during the group games. But their round four meeting was a dead rubber as both teams had already made it through to the knockout stages.

“We drew with Killygarry but both of us were already through by that stage, they didn’t play Conor Smith or their full back Conor Bates that day either. Killygarry are going really well, they’re very strong, they’re probably one of the form teams in Cavan at the minute.

“That earlier game didn’t mean anything, you still go out to try and win matches. They were well ahead and then we came back into it. It’s going to be a very tough game on Sunday but we’re looking forward to it though.

“There are no easy games at this stage of the competition but in the quarter-finals, Killygarry and Kingscourt was probably the game of the championship so far, 2-16 to 2-15, that’s serious scoring from both sides.” 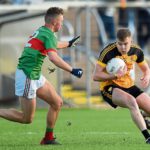 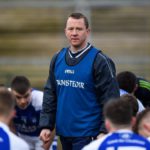 Championship hopes on the line in Cavan SFC 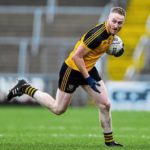 Ramor aim to adapt to injuries ahead of quarter-final clash