BEATEN finalists have four players on the first ever Tailteann Cup Team of the Year which has been announced on Thursday.

Six of the team are come from champions Westmeath who took the title thanks to a dramatic late Kieran Martin goal in the dying embers of the final.

“Westmeath and Cavan were worthy finalists, and this Team of the Year is a reflection of the players who delivered exceptional performances over the campaign,” commented GAA President Larry McCarthy.

“To be part of the history making first ever selection is special and I congratulate the players honoured here and salute all of those who played a role in making the Tailteann Cup such a great success in 2022, something which we will build on in the coming years.”

The players will be presented with their awards this Friday night at a special black-tie function in Croke Park. The event will be streamed live on
gaa.ie from 7pm and also feature the awards for the Ring, Rackard and Meagher and Joe McDonagh Teams of the Year as well as the overall Players of the Year in the three championships.

2022 Tailteann Cup Team of the Year 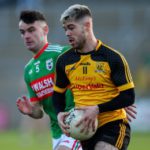