ÁINE Corcoran is loving life. The 21 year-old takes a call after a day working in Craigavon Hospital, with her final year as a physiotherapy student just around the corner.

Growing up, she was surrounded by sport and was inspired in her career choice from her visits to Barry McEntee to keep her limbs in full working order.

Her father Paul, from Tipperary, is a hurling fanatic, with mother Mary – from Kingscourt – coming from a cross country background.

Áine’s sisters – Eimear and Ciara – have also worn the blue of Cavan.

“Mam and Dad were very keen that we all played sport and were involved in sport; they drove us all around the country,” Áine said of their younger days.

Living in Maghera, Shercock was the nearest athletics club. School took her over the nearby border Meath.

She played football with Lurgan and after underage camogie in Bailieborough, it was onto Drumgoon where she won a Cavan title in 2021, picking up the Player of the Match award in the final.

Mileage wasn’t an obstacle. If there was sport, the Corcoran family found a way. 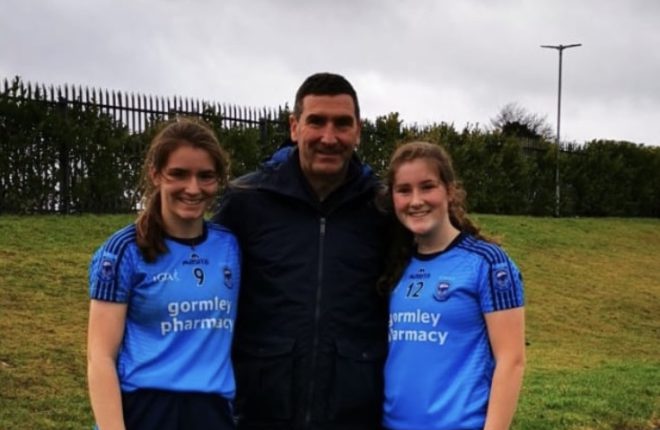 “Now, looking back on it all, you realize how great Mam and Dad were,” Áine said.

At one point in her youth, she was balancing athletics, camogie and football with ballet, tennis and basketball.

In 2015, she won All-Ireland medals in the 800m and the Cavan underage football and camogie teams.

After joining the Cavan camogie team this year, it was her first break from competitive running for 12 years.

Despite just entering her 20s, she holds three medals in her haul of 27 All-Ireland medals in a staggering athletics career. Add in 54 Ulster medals (29 gold) and you get the picture.

Success came on the track and in cross country, long jump and hurdles. There is a bit of everything. She holds the Shercock AC record for the 400m. It’s not hard to see why Cavan camogie manager Paul Brady came calling the former Ulster u-17 captain this summer.

With so many irons in the fire, enthusiasm waned temporarily in her mid-teens, but now there is a very definite focus.

She did play football until 2019 when she was school captain, before lockdown, but as the years passed, running and camogie took priority. 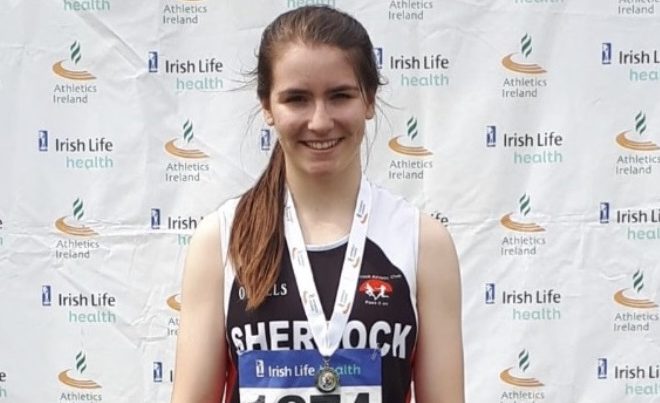 ON THE RUN….Celebrating second place in the All-Ireland junior 800m

Growing up, Katie Taylor’s Olympic success lit a fire on a dream of winning gold medals.

“Athletics was the only sport I was doing at the time where I could get one, so that came from there,” Áine explains of her idol. She remembers being taken to Cavan camogie games and loved watching Rosie Crowe put on an exhibition of skill. It was fitting they’d play together on county duty this season.

Team and individual sports are very different environments, but Áine can take something from both.

Even back playing football and camogie in school, 30 minutes of knocking a ball against a wall diffused any clouds in the mind.

Playing camogie offers a community feel that running doesn’t, with the clock your friend or foe, depending which side of the fine winning line it falls.

“With the running, I definitely don’t mind going through the hardships, they are definitely worth it,” she said.

Team sports are a bubble of craic and laughter, mixed with a collective passion for improvement. She refers to it as a coming “back down to earth” among others.

“I had no intention of playing county after u-14,” Áine admitted. “I really wanted to give running a good go, with obviously playing a bit of football and camogie on the side.”

Being a middle distance runner growing up, the reduction to the 400m distance over the last three years became a struggle. Regardless of her endeavours, improvement was absent.

“I was training very hard, but just wasn’t getting the results. Mentally that was tough, you are spending so much time and energy and not getting results,” Áine explained.

Along came the sliding doors moment and a call from Philip Brady to throw her lot in with Cavan camogs. 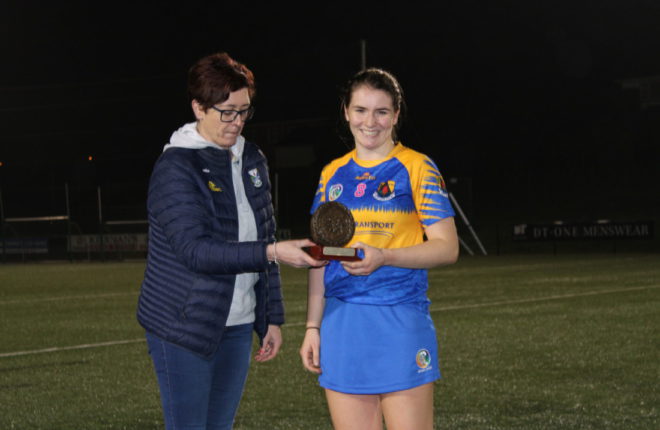 “He was brilliant and the management team were very encouraging and that was what I needed this year….a change is as good as a break,” she added.

With a perfectly conditioned engine, it helped her get a yard away from an opponent. Modestly, she claims her skills aren’t as polished as the others with more camogie years behind them.

“It is easier to catch, or get a block or a hook in, all those little one per cent things, they can change a game,” Áine said of what her athleticism brought to the Breffni blue jersey.

She was what Cavan needed and vice versa. The “infectious” passion radiating around the camp was the perfect tonic away from her “own world” of clocking up the miles on her running crusade.

“I had lost the passion and motivation, so it was great to be involved in that kind of atmosphere again,” she admits.

It’s going to be a busy year ahead. Final year studies, club camogie and a return to running will demand time management. But, the tone of her voice tells you that the mojo is alive and well.

Is there another season with Cavan camogs? She doesn’t rule it out. It’s a decision for another day.

“I have put so much time into it and I have had so many great days running,” she said.

For those at the top of their game, it’s all about balance. Áine Corcoran knows that more than most. 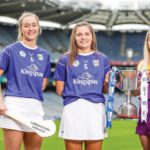 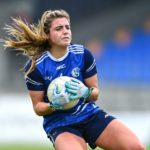