THERE’S a reason why Niamh Keenaghan is one of the last remaining dual players in Cavan. It takes dedication beyond belief but she still cannot bring herself to dropping either Ladies football or camogie.

There are regular conflicts, whether it’s club versus college, county against college, or even county and county.

It’s always a busy scedule. Keenaghan will play with Cavan in their Ulster camogie championship opener on 30 April before she lines out for the Ladies footballers in their provincial bow the following week, a game originally fixed for Sunday.

It will now take place as part of a double header at Clones involving Cavan and Donegal in Ulster Men’s Championship.

“We have a brilliant chance to beat Donegal and win Ulster,” said Keenaghan.“That would be our first goal and aim. We haven’t done much, we haven’t moved up or down, we have stayed in the middle. Us, ourselves, have to look towards getting medals or winning.

“Beating Donegal is our first aim and hopefully winning an Ulster final if we get past that stage. And I think when you look at Meath ladies and what they’ve done, I don’t think it’s beyond anyone to go and win an All-Ireland final.
“But we take it game by game and step by step even though it’s definitely within our reach.”

Keenaghan turned 21 last Wednesday but predictably was too busy to party, instead spending her afternoon in the gym before a pitch session in the evening.

She hails from Laragh just outside Cavan, and plays Ladies football and camogie with the local Laragh United club. 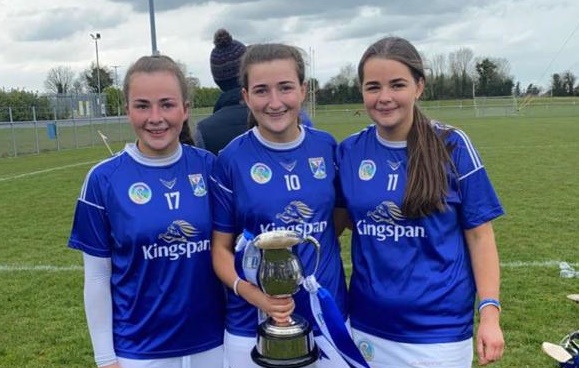 Her love for camogie stemmed from her mother Treena’s passion for that game and that in turn has fed into the lives of Niamh’s two sisters Clodagh (22) and Aislinn (19).

All three line out together for the club and came up through the ranks there where Keenaghan picked up the game at the age of just four.

They were destined for inter-county stardom down the line but Ladies football did not become a viable option for Keenaghan until she attended secondary school at Loreto College.

“So Cavan football is very competitive. I don’t think you got that with Cavan camogie when I was growing up. Football was more competitive, there were more teams.

“I think the reason they do so well is management at the minute, the PE teacher Conor Maguire, is brilliant and he had massive love for football when I was there too.

“He posed the question to us one day, where do you see yourself? We might have only been 15 or 16 but we were like, we are going to lift that All-Ireland cup with Loreto. It might have took six years but we done it.

“The culture has changed now, they have seen Loreto win and everyone wants to win now that we got the win.” 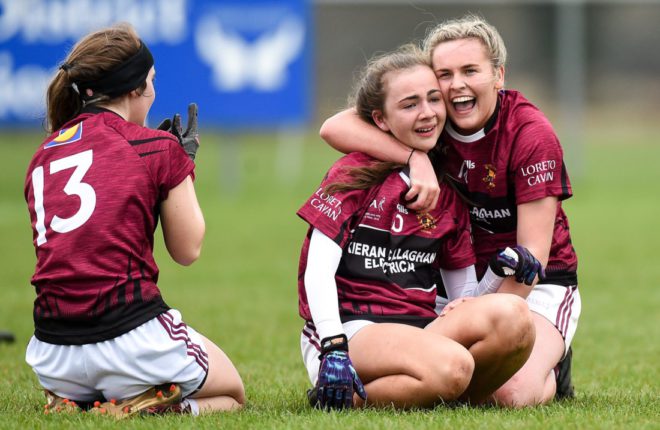 That sort of mindset has also seeped into the Cavan camogie set up with the Keenaghan family providing the backbone for Philip Brady’s team.

For so long they were a county in the doldrums without expectations from a provincial and national perspective. But things have changed.

“Cavan camogie has been off the map for years,” said Keenaghan.

“I think our underage has been going through the ranks but nothing major but we set up three years ago. We won a Nancy Murray Cup the first year, then Division Four in our second year and then Division Three this year.

“That’s massive for Cavan camogie itself, people around Cavan that never thought we would have ever, ever won anything are congratulating us. There are more people out at the games which is great. It’s great to walk around and people being like Jesus fair play to you. You’re putting Cavan camogie on the map. We never ever would have been anywhere.

“It’s because of the girls ourselves, there are only three, my club is a senior club so there are three senior clubs at the minute which is very unusual. Ourselves, we want more camogie, it’s not fun playing the same teams ever year, year in year out.

“You know who you are marking, you know everybody. All the girls themselves came together and said this is what we want. We all want to play county camogie. We have the players, we have brilliant players in the county, it would be silly not to push on.”

So, Cavan pushed on and a recent victory over Wexford only adds to the levels of intrigue surrounding camogie in the county.

While the Cavan footballers continue to fight for their own breakthrough, desperate to hang on the coat tails of the success their camogie counterparts have seen.

And Keenaghan has the unique opportunity to fight on both fronts again this year. She is busy training and preparing herself for championship and she cannot wait to keep her jam-packed schedule top heavy.

“My sisters would make it very hard for me to step away from playing county camogie when they are there,” said Keenaghan.

“Because you would be letting them down. I know we probably we kill each other sometimes but it’s brilliant playing alongside them. They are both phenomenal players so it’s so good to play alongside them, definitely.

“When you love two sports it would be very hard to say you are not doing one or the other. To be fair here in Cavan they are very good, the management on both sides.

“You train one day at camogie and the next day at football, they are very understanding.” 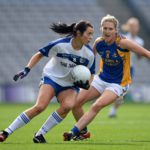