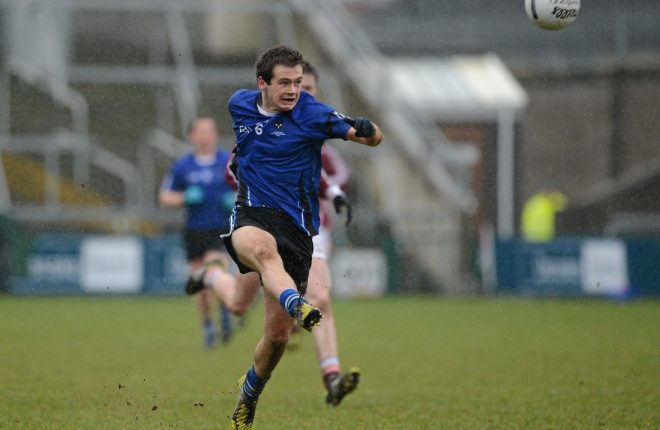 GLEN corner back Connor Carville – who captained St Pat’s Maghera to Macrory and Hogan Cup glory just three years ago – isn’t worried about the future just yet. He just wants to continue the Watty Graham’s development year by year.

He said: “I don’t think you can really focus on when or if Senior success will come.

“It’s more just about trying to focus on our own development every time we train or play.

“Obviously the main aim for our club would be to improve our poor record at Senior level but to put a time frame on something like that is impossible.

“If you look at our Senior Championship record, which is what it should be judged on, we are miles away from the top teams in Derry like Ballinderry or Slaughtneil.

“However, there is no point playing football if you don’t want to be the best at your age group and now after graduating from u21 level our age group is officially Senior, so we will direct all our attention at that.

“We are no different from any club in Derry in that we want to be the best we can be, but it’s what we do from here on that will determine whether or not we reach the heights of our underage success at Senior level.”

Glen began their 2016 League campaign on a bright note last weekend when they beat newly-promoted Greenlough by 0-12 to 0-10.

Glen were promoted back to senior last year, but found the season difficult, and spent much of it battling around mid table.

However, while the seniors were getting to grips with the league, the club’s u-21s enjoyed another fruitful campaign as they won the Derry and Ulster titles.

They beat St John’s Belfast by 1-13 to 1-5 in the decider to add yet another title to their incredible haul.

This group has won u-14 Derry and Ulster OG sport, U-16 Derry and Paul McGirr, u-18 and St Paul’s Minor tournament, and two Derry u-21 titles.

“We always go out to win every competition we are a part of,” said McDevitt.

“By the end of every season we want to be able to say that we are the best in our age group.”

“Once you get through Derry you start to fill with confidence and suddenly winning Ulster seems much more achievable than it would have at the start of the season.”