Seventy-eight years after Paddy Deighan, Barney McNicholl and Harry Mullan brought GAA to Ballerin, the Sarsfields’ impressive facilities have a state of the art hub to top off their latest development plans.

Within three years of inception, Ballerin were county minor champions in the second year of the competition.

An underage conveyor belt provided players to the county minor teams on a regular basis, with Derry stalwart Sean O’Connell among one of their most famous players.

It led them to their first senior title in 1958, despite losing four players and having only 17 in their squad. A two-point defeat to Claudy in the Dr Kerlin Cup final was the only blot on an impressive run of 29 games.

The club’s finest hour was the 1976 season that saw them take on the John McLaughlin Cup again on their way to winning the prestigious Ulster Club Championship.

After reaching the All-Ireland final, they were on the wrong side of a narrow defeat after having a Mikey Sheehy-inspired Austin Stacks on the ropes.

Now in the highly competitive nature of Derry club football Ballerin have slipped down the rankings and have been alternating between the intermediate and junior tiers.

In 2002 they won the Derry junior title before losing narrowly to Monaghan champions Corduff in the Ulster final.

Off the field, the club have been progressive.

The field they initially rented from Jim McIntyre was bought outright and opened in 1970. By the nineties their initial hall was replaced by a new clubhouse.

And they didn’t stand still. 2007 brought a new floodlit pitch. Fielding over a dozen teams in all four codes – in addition to their vibrant musical and cultural provision – it was time to lay a new set of foundations for their future.

“Community Hubs were becoming a thing to be talked about. Other clubs were getting them built so we thought we could do the same,” said club secretary Paul Mullan of roots for the centre that stands proudly on the club’s grounds today.

Mullan stresses the combined efforts of everyone. Clubs are about cogs. Together, the engine begins to tick. Ballerin are no different.

Initially the club had an outdoor training area with second hand astroturf serving its purpose until the time came for upgrading to something that would stand the test of time.

With strategic planning and funding from Rural Development, the wheels were put in motion. Add in Karl and Ursula McKillop’s direction on fundraising activities, and a collective effort leaves Ballerin on a steady financial footing.

“The emphasis in the club is on the future, the youth and to try and do something for them,” Mullan added, stressing the importance of looking forward.

Getting to an All-Ireland final was in one sense a landmark for the club, a day when it stood shoulder to shoulder with Ireland’s best.

But it brought defeat and, for many years afterwards, there was a tendency to look over their shoulders.

Now, on the back of a great history, Ballerin’s focus is on moving forward. New stories need written.

Central to that focus, is their current youth and the future youth of the club and a community building was the significant step.

Ballerin are one of four Derry clubs to offer all four codes, something they are very proud of despite the strain it leaves on resources.

“Ladies football has taken off,” Mullan points out. “Some come in from other places that don’t have ladies football, but we are doing very well at all levels. 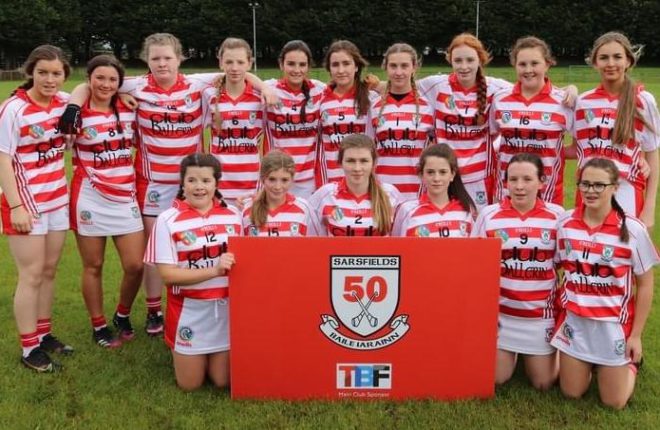 Hurling was added to the club’s development plans, with numbers being a challenge. A look across all the underage landscape and it’s dominated by dual players.

It gives their youth an extra focus despite the stretch on finance and the number of people coaching.

“They are not going to be challenging the likes Sleacht Néill in hurling, but they hold their own at their own level among the teams that started up around the same time.”

The club celebrated 50 years in camogie and the underage roots are strong there too. Like the other codes, the camogs can now avail of all-year round coaching indoor in their new centre in spite of the inclement weather.

“The camogie at underage is pretty good in the club,” Mullan added. “The u-16s won the League and Championship and they did the same as u-14s the year before that.”

Ballerin have followed in the example of many clubs across Derry and beyond, creating a hub for more than just sport. Somewhere that is a focal point for the entire community.

Parents can have their hour in the gym while their kids are being coached outside. A schedule of fitness classes promotes a healthy lifestyle within their own circle of friends. And so a community spirit continues to grow.

Now everybody can get indoors, fostering an enthusiasm for winter training, That’s the key benefit, providing a safe haven to polish the skills all year round.

This weekend’s festivities draw a line under any major development plans for the foreseeable future. 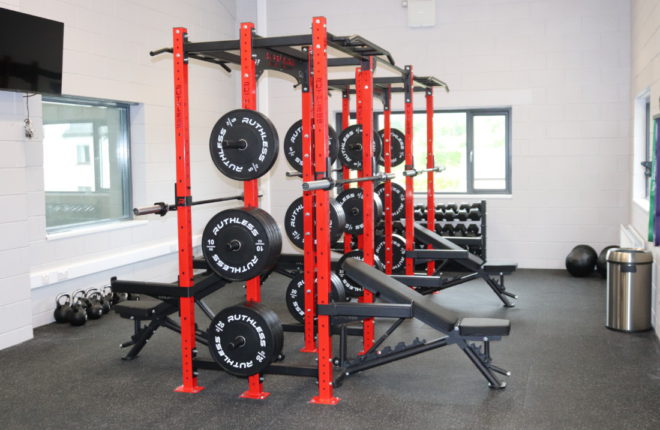 STRENGTHENING THE ROOTS…Ballerin’s conditioning suite can cater for all

Drive through the gates of Ballerin and a glance around tells a story of a club with everything they will ever need.

It wouldn’t have been possible without the vision, hard work and determination of a large number of club members who have invested “countless days and months and in some cases years” to deliver a first class facility.

Just like previous generations did, the current club committee have no plans to sit still.

A rural club, they are going to channel energy in their next priority – getting more people through the gates.

“A burning issue for us as a community and a club is the lack of housing,” Mullan points out. “If you look across into the Mid-Ulster Council area at the amount of houses being passed in rural areas. Go to any pitch in the countryside and look around and you’ll see loads of houses and look at the population in those areas.”

GAA progress is a numbers game. The more chimney pots in your catchment area, the better chance you have of building a sustained future.

Ballerin’s foundations are solid, it’s now about how lofty they can reach, but they need their members living in the locality.

Of their current senior squad, few own their own house in Ballerin. The rest are living with parents or have moved to surrounding towns, coming back to play with their native club.

Rarely does a player transfer out of the club, but their children will be schooled elsewhere and may join their nearest GAA club.

The local Primary School has “about 100” children on its register and Ballerin are competing with clubs picking out of four schools, with some having 250 pupils.

“It is something the club would be very energised by, to get some representatives involved and try to push that agenda for the next four or five years,” said Mullan of their new focus.”

A line has been drawn under any more major club development for now. Any energy will be channelled to get more housing and employment into the area.

That’s for the long-term. For now, it’s about getting their new centre packed to the rafters with laughter and enthusiasm – two ingredients to fuel the future.

It’s about getting the community into it, clawing back enough money to make their new jewel self-sustainable.

The club Paddy Deighan, Barney McNicholl and Harry Mullan created will be beating with pride this weekend.

This week saw the finishing touches ahead of a three-day festival of all things GAA. Clubs pride themselves on preparation.

A week of tidying and power washing came in tandem with coaching of all ages. A camp in memory of former player Eamonn McIntyre is another sign of a club with a strong spine.

Heading towards their 80th year, the baton Ballerin kept handing down the generations has stood the test of time.

Their new mantra is simple – build it and they will come. 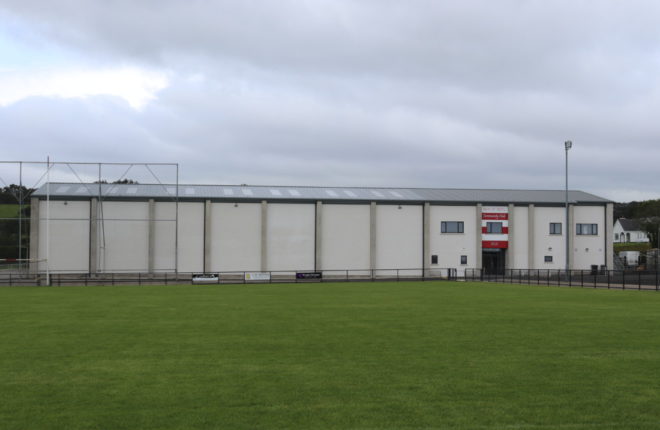 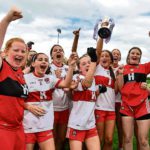