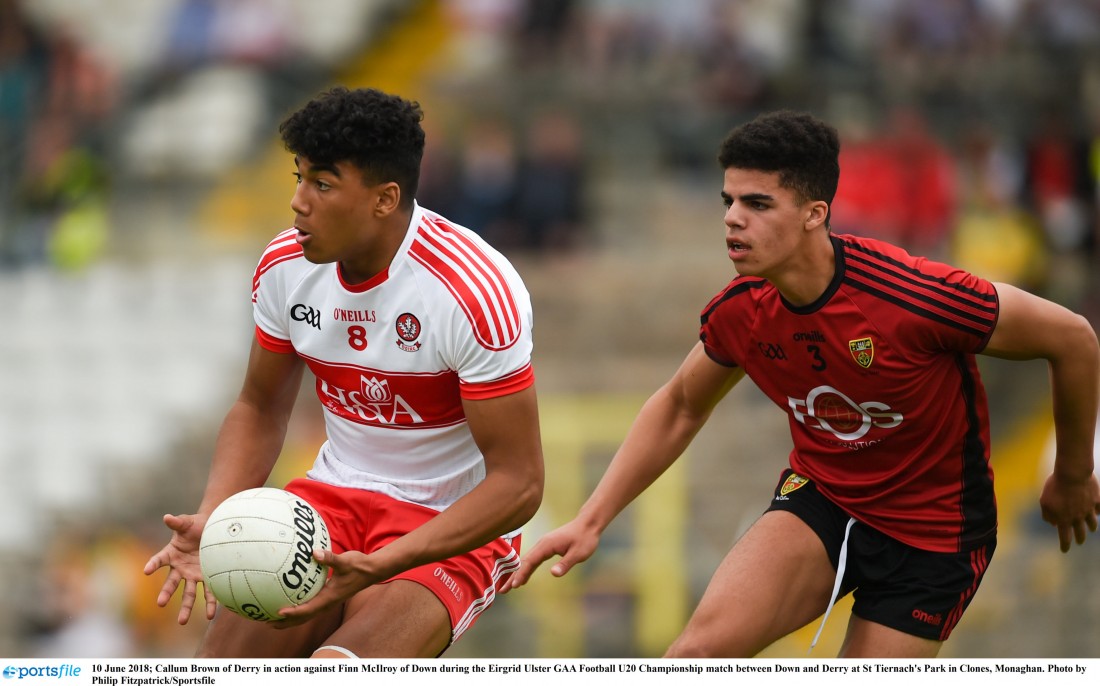 Callum Brown is currently in Australia talking to AFL teams

FORMER AFL recruit Chrissy McKaigue says that players like Callum Brown should be allowed to test themselves in the AFL.

Derry u20 star Callum Brown landed in Australia this week where he is meeting some AFL clubs with a view to a potential move to the oval ball game.

He is actually one of two Derry teenagers who are out in Australia meeting with clubs, the other being Anton Tohill of Swatragh the son of Derry legend Anthony Tohill.

Were Brown and Tohill to go, it would represent a big loss to Derry, but McKaigue says that players who want to pursue a professional sporting career should be allowed the chance.

“It’s the player’s choice if they want to go or not I have always felt that. The chance to play professional sport irrespective of what sport it is; is a huge motive no one can deny that.”

McKaigue takes that stance having himself went to Australia back in 2009. He played for Syndey Swans for three years and returned to Ireland.

Since then he has been coaching and teaching at St Mary’s Limavady, where he coached Brown for the past four years.

“I have been his biggest fan over the last four years and his biggest critic. As a coach I have challenged him and I have tried my best to nurture him the best I could.

“Callum, as he has shown, is an elite player. He achieved an Ulster colleges all-star in midfield as a year 12 pupil which says an awful lot about his quality for his age.”

The full interview with Chrissy McKaigue is in this week’s Gaelic Life, in shops now or available here.