IT’S time for the championship bandwagon to roll into the the Orchard County with no shortage of action this weekend.

SENIOR FOOTBALL CHAMPIONSHIP ROUND ONE

GRANEMORE V PEARSE OG
Friday, Abbey Park, 7pm
Pearse Ogs have experienced a disaster of a year, being relegated to intermediate football for next season unless they win the championship outright. Due to retirements and suspensions their team will be well weakened this weekend and Granemore should prevail comfortably.
Verdict: Granemore

MADDEN V KILLEAVY
Saturday, Crossmaglen, 3pm
Madden eased past Grange in the preliminary round of the championship but will face a much stiffer examination this weekend. Killeavy almost won the league and have a bunch of talented youngsters coming through the ranks.
Verdict: Killeavy

ST PATRICK’S V BALLYMACNAB
Saturday, Athletic Grounds, 5pm
Without their county contingent for the majority of the year, Cullyhanna were relegated from Division 1B. Aidan Nugent and Jason Duffy have returned but Ross McQuillan misses out through suspension. Ballymacnab should have too much but won’t get it all their own way.
Verdict: Ballymacnab

MAGHERY V ARMAGH HARPS
Saturday, Athletic Grounds, 7pm
The Harps head into this one as the form team having won their first league title since 1991 while Maghery were relegated. Harps will be the favourites, and expect a hugely competitive challenge, but will have learned the lessons of last year.
Verdict: Armagh Harps

DROMINTEE V SARSFIELDS
Sunday, Pearse Og Park, 1pm
Dromintee claimed the league title last year, but injuries have forced their hand in 2022 and they were relegated. Sarsfields have just came up from Intermediate, but their forward line should be good enough to fire them through to the next round.
Verdict: Sarsfields

CLAN NA GAEL V CARRICKCRUPPEN
Sunday, Ballymacnab, 2.30pm
The last two Intermediate winners meet on Sunday and if Carrickcruppen have everyone available, they could push Clans all the way, but Diarmuid Marsden and Joe Laverty’s men should have enough quality to get across the line.
Verdict: Clan na Gael

CROSSMAGLEN V SILVERBRIDGE
Sunday, Athletic Grounds, 4.15pm
For a fourth year in a row, Silverbridge have had the misfortune of drawing Crossmaglen in the championship. The last three encounters have been one-sided in favour of the Rangers and this weekend won’t be any different in front of the TG4 cameras.
Verdict: Crossmaglen

MULLAGHBAWN V CLANN ÉIREANN
Sunday, Athletic Grounds, 6pm
The defending champions Clann Éireann won’t get it all their own way and in the absence of Tiernan Kelly, they’ll be without one of their star men. Mullaghbawn will be eyeing up a shock, but Clann Éireann will have too much firepower.
Verdict: Clann Éireann

INTERMEDIATE FOOTBALL CHAMPIONSHIP ROUND ONE

FORKHILL V BELLEEK
Saturday, Crossmaglen, 1pm
Belleek will likely be without star man Callum O’Neill who picked up a shoulder injury last week. Forkhill could also be down a few men with Cormac Toner and Stephen Sheridan likely to miss out. The return of Jemar Hall could just swing it in their favour for this replay.
Verdict: Forkhill

LISSUMMON V THOMAS DAVIS
Friday, Clady, 7pm
Lissummon are the dark horses for the Junior title and kick started their campaign with an impressive victory over Killeavy IIs. They should have too much for Thomas Davis and will book their spot in the last four.
Verdict: Lissummon

DERRYNOOSE V DORSEY
Saturday, Silverbridge, 3pm
Derrynoose sneaked past St Michael’s in the opening round and are one of the favourites to go all the way this year. Dorsey can always raise their game for championship, but this may be a step too far.
Verdict: Derrynoose

AN PORT MOR V MULLABRACK
Sunday, Granemore, 1pm
This is a huge opportunity for one of these clubs to reach the semi-final of the Junior Championship. An Port Mor, led by Cormac Kieran, probably have the better forward line and that might be enough to get through.
Verdict: An Port Mor

MIDDLETOWN V EIRE OG
Sunday, Granemore, 3pm
Middletown are a lot of people’s favourites to win the Junior Championship and they did that perception no harm when they easily dismissed Clady in the opening round. They’ll face a big test this weekend but will be confident of getting over the line.
Verdict: Middletown 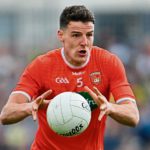 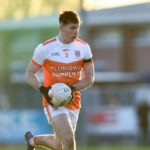