SUNDAY is set to be a proud day for the Lavery family as brother and sister David and Eve lead their clubs into championship finals.

David will captain Maghery as they attempt to overcome the sizeable challenge of Crossmaglen and lift the Armagh Senior Championship for only the second time (Athletic Grounds, 4pm). A couple of hours earlier, Eve will be hoping to lift the Intermediate title for Ballyhegan as they face Lissummon in the county final (Keady, 1pm). On top of that, older brother James, who captained the Sean McDermott’s to their only title four years ago, will also play a key role for Finnian Moriarty’s side against the Rangers.

For both though, the honour will lose some of its significance if they return to the family home empty-handed this weekend.

“I found out I was captain for the year just a couple of weeks before Eve. We were saying it would be mad if we could both bring home some silverware,” said David.

“The chance is there and we’re both looking forward to it, as is the whole family.

“We’ll do the stuff now but as the week goes on, it will soon be forgotten about and it’s about both of us trying to help our teams do the job on the day.”

“Everyone is buzzing for it and it’s great that we’re both in the final and even more so because we’re both the captains. It’s about trying to win though.

“We won the Junior Championship in 2017 and over the past few years we have been working hard to move through the levels. We got to the Intermediate semi-final last year and lost to Granemore so a few girls have stepped up and it’s great to get to the next stage.

“We beat Cullyhanna in this year’s semi-final. We had a strong first half and then maybe we weren’t as good in the second half. That’s something we’re working on, seeing the whole game out.”

Both players cite each other as providing real inspiration this season, particularly during lockdown.

“From a young age Eve as gotten stuck into us in the garden,” David said.

“Whether it’s kick and catching, a bit of a soccer, whatever, she has always been stuck in it and excelled.

“She has found a wand of a left foot from somewhere and we have no idea where it has come from. She certainly didn’t get it from myself, James or Jack anyway.

“Lockdown came and the work the girl put in was phenomenal.

“I’d come home from work and she’d be doing a second session of the day and you’d say ‘frig sake’. If she was working hard you’d know you’d have to get out and do a bit too.”

Eve, for her part, believes it was the other way about.

“Doing lockdown with the likes of David you couldn’t really get away with doing nothing,” she said. “He would have made you feel guilty if you said no to doing a session. It was good to have that pressure on you.

“They are all very supportive, they’d be good for giving advice. It’s a pity that the games are so close on Sunday. I should be able to get to theirs anyway but they’re raging that they may not be able to make mine.”

By Sunday night, the Lavery household will be hoping for a pair of reasons to celebrate, but in Lissummon and Crossmaglen they face two massive challenges.

The latter, in particular, are massive favourites to complete three in-a-row in Armagh and David said that their record over the last 25 years simply can’t be ignored.

“They are big favourites, of course they are,” he said.

“They don’t lose in championship finals and that’s a fact you can’t hide. We haven’t met them in a final yet so hopefully we will be able to change that.”

MAGHERY may be the side that have given Crossmaglen the most bother in recent years, but when it comes to finals the Rangers seem to move to a new level.

Sunday’s clash at the Athletic Grounds will be their 22nd county final appearance in 25 years, and they have lifted the Gerry Fagan Cup on every single occasion.

Since missing out in 2009 after losing to Pearse Og in the quarter-final, they have appeared in eight finals and have scored 14 goals in those games. In the two finals they failed to hit the net, they racked up 0-17 against Cullyhanna in 2013 and 0-24 against Ballymacnab in 2018.

That fantastic final record extends outside of Armagh too. Since their period of dominance began in 1996, they have appeared in 11 provincial finals and have won them all. They have also won six All-Ireland finals in that time.

The exception? The 2009 All-Ireland Club final when Kilmacud Croke’s emerged victorious at Croke Park on a 1-9 to 0-7 scoreline.

Aaron Kernan and Tony Kernan are the only two remaining from the starting team that day while eldest brother Stephen is now team manager. Kyle Carragher came off the bench.

It may be a new breed now but the final continues to be their arena. Maghery are fighting against the odds on Sunday. 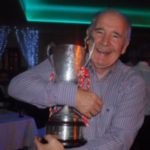