JAMIE Clarke is back with his native club Crossmaglen Rangers, although he’s yet to see any game time.

Clarke was part of the squad that lost out to Madden this evening’s league tie, 1-12 to 0-13, but wasn’t togged out.

Crossmaglen manager Stephen Kernan confirmed to the Gaelic Life that Clarke is “doing a bit of training” along with the team.

The deadly attacker also picked up two All-Ireland medals while starring in the black and amber in 2011 and 2012.

The left footed sharpshooter hasn’t been part of Kieran McGeeney’s Armagh panel since 2020 when he helped Armagh reach Division One during the National League.

Clarke burst on to the scene with the Orchard County in 2010, scoring a goal against Derry on his championship debut.

He also featured for New York in the Connacht championship, scoring 0-5 against Leitrim in 2018. 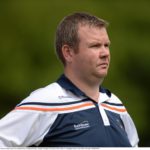 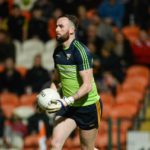