MOST clubs base their whole existence around trying to win one championship, but then again Crossmaglen aren’t most clubs. The Rangers collected their 46th senior championship crown on Sunday, and their first since 2019, with a 12-point win over Granemore.

Aaron Kernan enjoyed one of his best championship campaigns in recent years and captured his 17th medal to join his haul of eight Ulster’s and three All-Ireland club titles.

In terms of the Armagh Senior Championship roll of honour, only two clubs, Crossmaglen and Armagh Harps, have more county titles than Kernan. Aged 39, the roaming wing half back gave a customary quality display in the decider and was replaced late in the game when the job had been completed.

“To be honest it’s as sweet as the very first,” said the 2005 Young Player of the Year. “I think when you consider what has happened the past two years, we’re not used to it.

“But it doesn’t mean it’s not heart-breaking, it was. I would have done anything to turn the clock forward 12 months from we walked off here after watching Shea Heffron (Clann Éireann) lifting the Gerry Fegan. We just said before we came out, those 12 months have arrived, it’s time to deliver.”

Crossmaglen aren’t used to losing championship finals and this side have suffered two defeats on the bounce, the first Cross team to do so since 1944.

And while there were holes in their display last weekend, it mattered little once the final whistle sound. “It probably wasn’t a great performance but to be honest with you I don’t really care.”

Pivotal to their success this season has been the younger talent, the likes of Caolan Finnegan, Thomas Duffy and Ronan Fitzpatrick all bursting through to the senior team. While Kernan collected his 17th, a lot of the players were getting their hands on their very first medal.

It was a special day for the Kernan clan as Aaron wasn’t the only one to make history. His brother Stephen finally got the Rangers over the line at his third attempt as manager while Tony was part of the management team.

“I’m just delighted, I’m delighted for our management, delighted particularly for the younger boys who have had to carry a bit of a burden the past few years. They’ve been questioned in terms of their ability to deliver and win county titles.

“So, for them to go now and a lot of them to win their first, I’m delighted for them because as someone who maybe is a bit older, I know they couldn’t have been asked to do any more than what they have done.

“They’ve given their absolute heart and soul for three years for us and they deserve what they got today.” 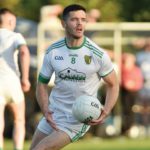 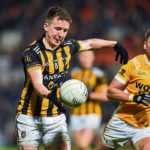 Rangers out to reclaim championship crown 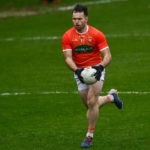