GREGORY O’Kane’s body language matched his words. Minutes after watching his charges see off Sleacht Néill to end their Ulster silverware famine, the Dunloy manager’s eyes lit up when he appealed for an All-Ireland semi-final at Croke Park.

The club’s new generation, with pace and panache, with ambition and with bloodlines to the team he played on, were born to hurl at Croke Park.

If there is a better goal scored this year at headquarters – or anywhere – than Keelan Molloy’s semi-final gem, it will be something special, out of this world even.

Nigel Elliott’s leap and timing to get his mitt on cousin Ryan’s puck-out. The timing of Molloy’s run, to the inch. And away he went. The St Thomas’ defence evaporated in the face of his wizardry and pace before he had the cool head to slot home.

Now they have to do it again and that’s what they need to bring this weekend against club hurling’s heavyweights Ballyhale, bidding for a staggering ninth All-Ireland.

Dunloy must translate everything they have into an intent to stamp their hurling on the game.

Yes, there will be key match-ups. Will it be Ryan McGarry or the returning Conor McKinley entrusted to stand toe to toe with Colin Fennelly? TJ Reid, Adrian Mullen and Eoin Cody will all need watched.

But if they look back at 1995 and Dunloy’s first All-Ireland final and bossing Birr in the first half, they can see the benefit of planting the foot on the pedal. Scratch the surface on Sleacht Néill’s clash with Ballyhale two years ago and it’s all about ambition.

Paul Shiels confirmed his back problem has freed up and there is a return from injury for Conor McKinley with Chrissy McMahon, their impact sub from earlier in the campaign, back in the mix.

On the flip side, Aaron Crawford is on the wrong side of a race against time to make it back after popping a collar bone in a challenge with Bernard Burke in the win over St Thomas’. To miss out on the biggest day of your sporting career must just be heart-breaking beyond belief.

Most of the sound bites after their Ulster final win referenced a coming of age, getting the monkey off the back and eventually having a physicality that matched their slickness with the ash.

The Glen football team that head south on Sunday has a core from their four minor winning teams. Dunloy, with four successive minor titles – 2015-2015 – have also graduated into the major league.

Kevin Molloy remains from their 2009 Ulster winning team, but it’s the young guns who shine bright. Keelan Molloy, Conal Cunning and Ryan Elliott are among the guts of 15 players now in the senior ranks.

Sunday is the acid test. A glance at Ballyhale’s scorelines from their eight-game road to the final tells of the challenge ahead.

Kilmacud ran them to the puck of a ball with Tullaroan (four points) the other tough game in a season where cruise control was a well-used button on the dashboard. In TJ Reid, Cody, Adrian Mullen and Fennelly, they’ve an inter-county standard attack.

There is also another factor. Harry Ruddle. A name that must’ve haunted Ballyhale all winter after his late winner sunk the Shamrocks in last year’s final.

On a visit to Ballyhale during the summer, the pitch was packed with kids at a camp for the up and coming hurlers in the county. The club officials chose to look forward rather than back. The ambitious plans for new development at their grounds looked the part.

But, like in Dunloy, facilities are one thing. Delivering on a Sunday is the main thing, realistically the only thing.

Traditionally, Dunloy have offered their best displays on semi-final days, but Gregory O’Kane insists this is a new team, devoid of any baggage of defeats in the past.

There is a feeling that they haven’t delivered their best. They stood tall at the key moments against Sleacht Néill. Nigel Elliott’s goal, Ryan Elliott’s save and key point when the game was in the mixer.

Deaglan Smith, Aaron Crawford and Conal Cunning showed nerves of steel to reach into a game when it was at it hottest to land seismic points.

After a misfiring opening half, they pulled clear of St Thomas’ in a game they never looked like losing.

Sunday is the day where Dunloy must tick every box. As last year’s final showed, silverware rests on the key moments.

Dunloy have the stature, confidence and skill level to go the distance. Their average score of 2-20 is three shy of Ballyhale with their average concession 1-14 the same as the Kilkenny champions’ 0-17.

The numbers back up the promise the confidence Dunloy should bring to Sunday and sell them the concept of going for the jugular.

Hunger shouldn’t be a problem for Dunloy who crave getting themselves into the elite club of All-Ireland winners, but it’s hard to ignore greater spread of scorers that make Ballyhale favourites to edge this one. It’s something that excites Gregory O’Kane’s side even more. 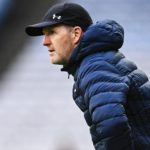 Looking across the field of dreams 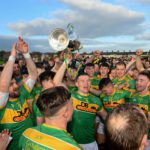 O’Kane has chance to repeat feat from his playing days 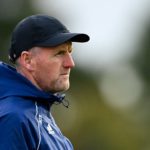