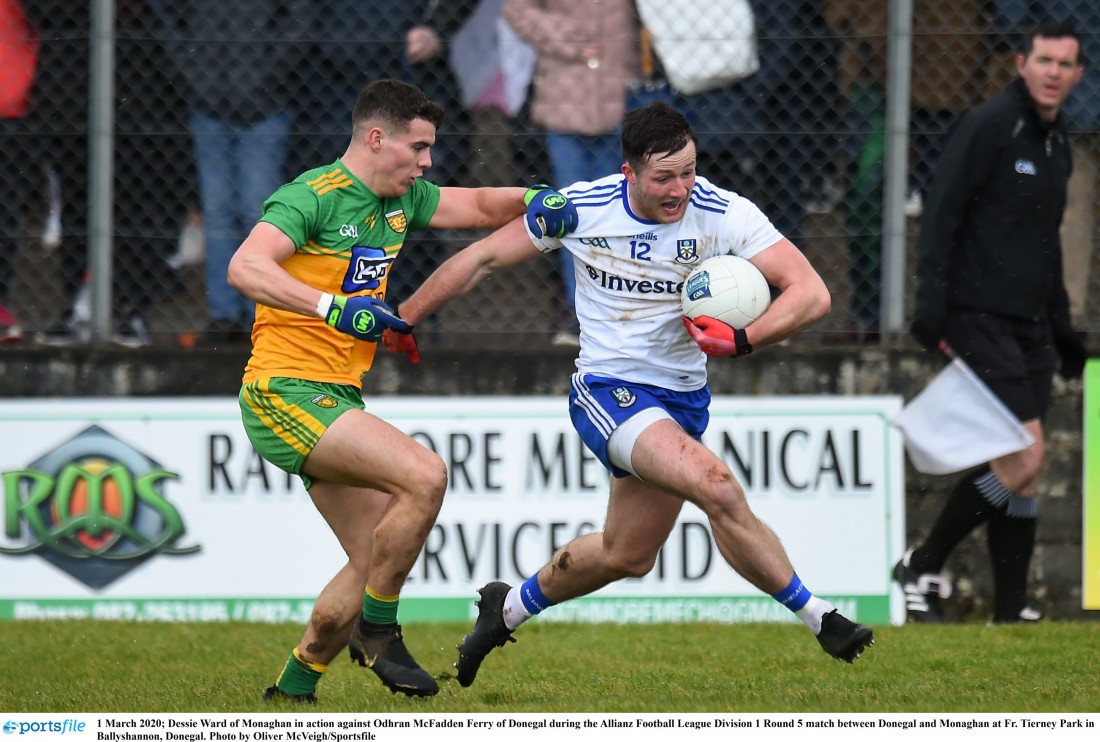 THE gift that keeps on giving – and I’m not talking about Stevie Gerrard! Even the atrocious weather conditions couldn’t stop the National League from serving up another round full of talking points last weekend.

This competition has gone from strength to strength over the last six or seven years. Teams now place so much emphasis on the league and, as a result, it is now more exciting than the championship itself.

In years gone by it would take until the fourth or fifth game for teams to blow out the black smoke of the off-season and then we would see something that would resemble a performance.

Players, including myself, would rock up to pre-season in January a stone or two overweight and those National League games were used to find your fitness.

I remember one year under Brian McEniff we were playing Kerry at home in Ballybofey in the second or third game. Yours truly, as he always did, wintered well and showed up to pre-season a good bit overweight. Paul Galvin was playing at number 10 for Kerry at the time and it was my job to pick him up. Now Paul had a Rolls Royce of an engine and no matter what time of the year it was the man was a machine and could run all day.

My instructions were not to watch out for his runs from deep or to watch him under the breaking ball, they were a lot simpler than that. “Cass you will pick up Galvin and follow him everywhere he goes, it will help you lose that big fat ass of yours.” Those were my instructions for that particular game.

Nowadays if you have a poor start or you’re not up to the pace of it, you are taken off but back then it was your punishment to be left on to slog the game out.

Nowadays county players do not have an off-season so going out of shape is not an issue. Even during their downtime they are on gym and conditioning programmes to make sure that they report for duty in good shape. This sort of preparation ensures that our National Leagues are ultra-competitive and it has done wonders for our game.

If you are a betting man and you sit down on a Friday and try and predict how these games might go you haven’t a hope in hell. Last weekend nobody would have predicted that Donegal would wipe the floor with Monaghan or that Tyrone would get the better of Dublin and that’s the beauty of the leagues. It is interesting.

Donegal grabbed two vital league points in Ballyshannon on Sunday and those points should now see them safe. Ballyshannon is a fortress for Donegal and if I am not mistaken the last time they lost there was back in 2009. It is a difficult venue for teams to come to, especially at this time of the year.

Donegal had some fine displays starting with our own man-mountain Neil McGee at full-back. I’m delighted for Neil this year as he is getting a run of games injury free and that hasn’t happened to him at this time of the year for a few seasons. I said here a few weeks back that when Neil calls time and heads back to club duty there will be a massive hole in that Donegal defence.

I thought the two lads at midfield dominated things from start to finish scoring 1-5 between them. If Hugh McFadden and Micheal Langan can keep this up then it means that Micheal Murphy can be left on the edge of the square where he can do most damage.

This win eases the pressure a little and Donegal can now prepare for a home match against old rivals Tyrone in Ballybofey.

This game could have meant so much more if both teams failed to secure the two points last time out but with Mayo struggling a bit and with two tough games to come and needing to win both, that should leave Tyrone and Donegal safe and free to look ahead to the summer.