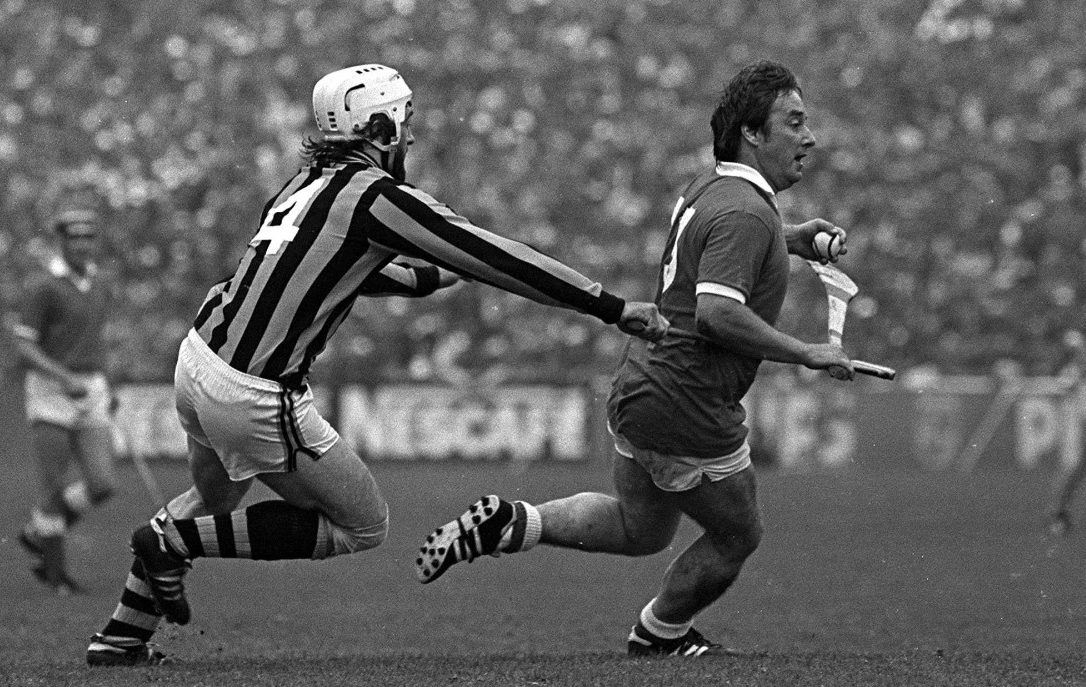 Unprecedented has fast become the most commonly used word in the English language. As each week passes it has become increasingly apparent that we are witnessing things in our society that a few short days and weeks ago would have been viewed as unthinkable.

As we seek to fill the void left by the continued lack of live action media outlets are looking more and more to the past to provide us with our sporting fix. Personally, I have never been that interested in looking back at old action and reminiscing about days long since gone. However desperate times call for desperate measures, so a bit of nostalgia is no bad thing given the times we are in. Consequently, I have found myself watching things I normally wouldn’t give a second look.

We often talk about how much hurling has changed over the years. How players are fitter, faster, stronger and more skilful but looking back at some of the old action it is clear there were plenty of talented players back in the day. Obviously with sports science and increased professionalism in our sport standards are rising but it has been enjoyable to watch some of the players I grew up watching during the ‘70s and ‘80s.

Watching games on television back then centred around the Sunday game highlights on a Sunday evening. The reception was far from high definition but I do fondly remember the dulcet tones of the great Michael O’Hehir and Mick Dunne extolling the virtues of the great players of the era. Men like Joe McKenna of Limerick and big Dick O’Hara of Kilkenny.

O’Hara looked like Grissly Adams (older readers will know who I am talking about) and played like he would eat you and your granny to get the ball. Footage I watched during the week showcased the artistry of the irrepressible Jimmy Barry-Murphy and the goal scoring machine that was Sean O’Laoire.

O’Laoire certainly didn’t look like the modern-day hurler. He was barrel chested, didn’t look that fast and played with a stick that looked far too long but he had incredible skill levels and a great ability to read the game and be in the right place at the right time. Something that we know is extremely hard to coach. He was also well able to take the abuse often dished out by wee dirty corner backs who might let the ball through, might let the man through but never the two together.

The 1989 All-Ireland final between Antrim and Offaly also got a recent airing and it was great to watch Olcan “Clute” McFetridge in action, Antrim’s own version of Sean O’Laoire. Clute would have held his own in any era of the game and had Tommy Walsh like ability to catch high balls despite his relatively short stature.

Watching Clute and O’Laoire was a reminder that whilst coaching is extremely important in improving players fitness and skill levels there will always be players who come along that suggest you either have it or you don’t. It also proves that players from that time were every bit as skilful as those of today.

It looks like we may get used to old action for a few weeks yet as an imminent return seems highly unlikely. I sincerely hope in the not to distant future we can stop looking back for our hurling entertainment and start to look forward with optimism to a re-jigged and condensed season. By next week a Junior B challenge game would draw a huge crowd so desperate will we all be to smell the grass and hear the clash of the ash. It’s a bit like being off drink for lent, everyone who takes a drink will know that a pint always looks more appealing if you can’t have one. The same principle applies for the game of hurling, when you can’t get to be part of it you crave it even more. Let’s hope the end of our sporting lent, metaphorically speaking, comes sooner rather than later and enables us to return to some degree of normality.

There is no doubt that when that happens there will be a deluge of fixtures as the association tries manfully to get everyone meaningful games at all levels. Getting access to pitches could be an enormous challenge such will be the demand.

When that point arrives, we can look back at a period we will want to quickly forget and hope that whatever season we have left provides us with games and memories we will want to look back on in years to come.

Whilst I started the column suggesting that I wasn’t a huge fan of looking back at games I think my recent experience has changed that view especially after watching the drawn All- Ireland of 2014 between Tipperary and Kilkenny.

Without a doubt one of the best of all time and a game that could be watched on repeat such was the quality on show. So, at a time when we can’t see it live, I am more than happy to watch old footage to remind myself why hurling as a sporting spectacle is hard to beat.