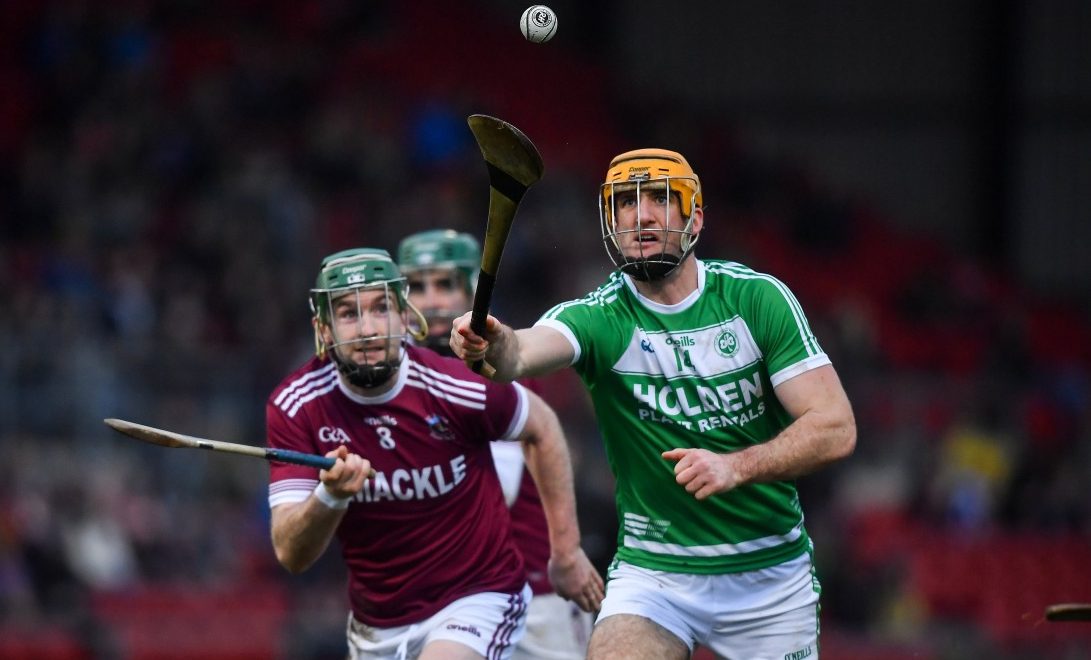 With the unpredictable weather in our country you can often get mixed up in the seasons and in sporting terms in the GAA it is hard not to get similarly confused.

When exactly does one season end and another one begin such is the never-ending nature of the fixtures between club and county? At the weekend I attended two games, the McGurk cup final between Down and Antrim on the Saturday and the Sleacht Néill versus Ballyhale Shamrocks All-Ireland semi-final on the Sunday. Two games in the first weekend of January and I can guarantee you there will be weekends in May and June when there won’t be a game to go to.

The first game was typical early season fare with Antrim defeating Down comfortably enough but the second was something else altogether.

Sleacht Néill certainly did themselves, Derry, and Ulster hurling proud as they pushed the All-Ireland champions all the way in an enthralling game which was a great advertisement for the club game.

For the full 60 minutes Sleacht Néill matched them blow for blow, score for score with the result being in doubt right up until the last minute. I don’t like to single out individuals in such a strong team performance, but I thought Karl McKaigue, Gerald Bradley, Chrissy McKaigue, Brendan Rogers and Brian Cassidy all excelled in a game that ebbed and flowed from start to finish.

Ballyhale were rightly lauded beforehand as one of the greatest club teams of all time but they depended on the unerring accuracy of TJ Reid from frees and the exceptional Colin Fennelly to get them over the line. I knew Fennelly was good but watching him up close I had no idea he how good he was. Strong as a horse and deceptively fast he was a constant threat and ultimately the difference between the two teams in a game of fine margins.

I know that Sleacht Néill don’t do moral victories but they will take great heart from going toe to toe with the best team in the country and Micky McShane should be very proud of his team and the role he played in getting them to such a level of performance.

The two other Ulster clubs involved in All Ireland competition at the weekend, Eoghan Rua, Coleraine and Naomh Eanna also succumbed to Kilkenny opposition in the Junior and Intermediate championships respectively.

The rumours of Kilkenny’s potential demise on the All-Ireland stage are greatly exaggerated as their clubs are now well placed to have a clean sweep of champions at all club grades.

Naomh Eanna were undone by the enduring brilliance of another Kilkenny great, Tommy Walsh.

Walsh plundered two goals for his club Tullaroan from full forward and whilst Naomh Eanna will be disappointed by the winning margin they still have much to look forward to as they move to the top division in Antrim for the first time in their history.

I understand they will have to do it without the services of Sambo Mc- Naughton who it would appear has been lured back to a coaching role in his own club
Cushendall.

This is a blow to them as Sambo had obviously got them believing in themselves. For their continued development it is important they retain that belief in the choppier waters of the top division where victories will be harder to come by.

Eoghan Rua will be similarly disappointed with the outcome of their semi-final against Conahy Shamrocks but should take great consolation from their
achievements in 2019. Winning a competitive Ulster campaign is no mean feat and testimony to the great work they continue to do in the development of the game on the North Coast.

I think the weekend proved how big a success the introduction of graded club competitions has been.

It is brilliant that clubs at all grades can aspire to All-Ireland titles following county success. For the clubs involved, it gives everything a bit of a lift. All-Ireland
campaigns give energy to clubs in terms of overall involvement and recruitment of players and coaches. Young people in particular are attracted by the buzz of success which ultimately helps to increase participation levels.

I am sure as Sleacht Néill, Naomh Eanna and Eoghan Rua get over their disappointment and reflect on their success of last year they will immediately start planning to get back next year because once you experience it the more you want it to continue.

For me the Sleacht Néill game in particular has whetted the appetite for what lies ahead in 2020 and demonstrated once again why there are few better spectacles in sport than hurling at its best.

I may need to eat some humble pie as I have expressed my views in this column about hurling in January but going by last weekend it would appear that when
played in the right way and in favourable conditions it can be played at any time of the year. That doesn’t mean I am a convert to January hurling. In my defence the seasons are all mixed up and I don’t just mean the weather.