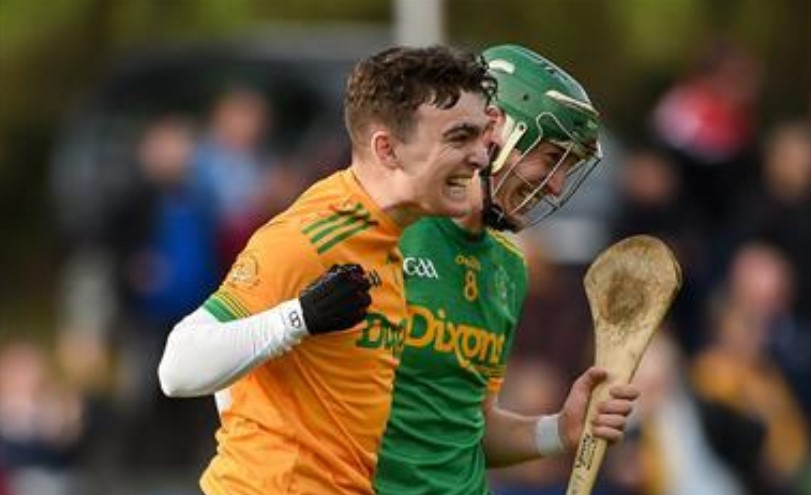 THERE are few better feelings in hurling for me than winning a county title and thankfully in Dunloy we experienced that feeling again at the weekend when we overcame Cushendall in a brilliant final in Ballycastle.

I don’t say that to rub salt in the wounds of Cushendall as they have experienced that same feeling as county champions many times themselves and contributed enormously to what was a great advertisement for the local game.

The game itself was played in a great spirit, in front of a huge crowd, live on television, with no nonsense from either side – just good honest endeavour as men put their bodies on the line for the love of their club.

The scenes of joy and raw emotion on the pitch after the game and in the village that night will live long in the memory. It really does epitomise what our games and our club means to the community, emphasising if we didn’t already know that our society would be all the poorer without the sense of pride and togetherness that it brings.

Such scenes will have been replicated in Slaughtneil and Ballycran, who won the Derry and Down county titles respectively on the same day.

Slaughtneil continue to set records winning their seventh title in a row which really is quite an achievement. I do struggle to understand though why the three finals were played on the same day. Surely the county boards could have communicated to ensure that didn’t happen as there would have been many hurling people interested in going to the other games.

I have said before in this column that the club game in Ulster is strong and the weekend’s action proved that emphatically once again.

I received a few texts from friends in the South commenting on what a good game it was to watch on TV.

Such exposure at a national level sends out a very positive message about hurling in the North. The fact is that we are operating in the middle to lower tiers at intercounty level but that is absolutely not the case in the club game where we are more than capable of dining at the top table.

We can now look forward to a very competitive Ulster Championship.

Dunloy face Ballycran in four weeks’ time in the semi-final whilst Slaughtneil are up against Armagh champions Middletown.

I honestly think such a move is a bit disrespectful and demeaning to the club scene. I don’t think hurling should be played in January at all, let alone something as important as the All-Ireland.

I get the fact that the GAA are trying to condense the fixtures calendar, but I think the latter stages of the club competition, involving just four teams is the least of their worries.

I do get the feeling that any sacrifices in the schedule are being made to protect the inter-county game during the spring and summer months with clubs pretty much being shoe-horned into the autumn and winter months and personally I am not a fan of hurling in the middle of winter.

I have heard the argument that the weather can be as bad in March as it is in January, but I don’t think it is just about the weather. St Patrick’s day gave the senior club game a level of profile it will not be afforded in January and means the players will have trained right through for a full 12 to 13 months.

At least when the semis were in February clubs could take three or four weeks after the Ulster in October to rest and refresh prior to going again in December and maybe taking some down time over the Christmas period as well. So, if the reason is to protect the players, I am not sure I am buying that.

As with all things there will be many who will disagree with my opinion on this and I sincerely hope the changes are a huge success.

I want to finish by saying how impressed I was by how the referee Colm McDonald of the St Gall’s club handled the Dunloy and Cushendall game.

He played a big part in ensuring the game was of such a high quality, not his job I know but nonetheless poor refereeing does often impact on the game as a spectacle.

He officiated with a lot of sense and was never too quick to put the whistle to his lips allowing the game to flow at every opportunity.

In a year where the hurling referees at the top level came in for a bit of stick it was good to see that just like our club teams, we also have officials capable of competing at a high level.