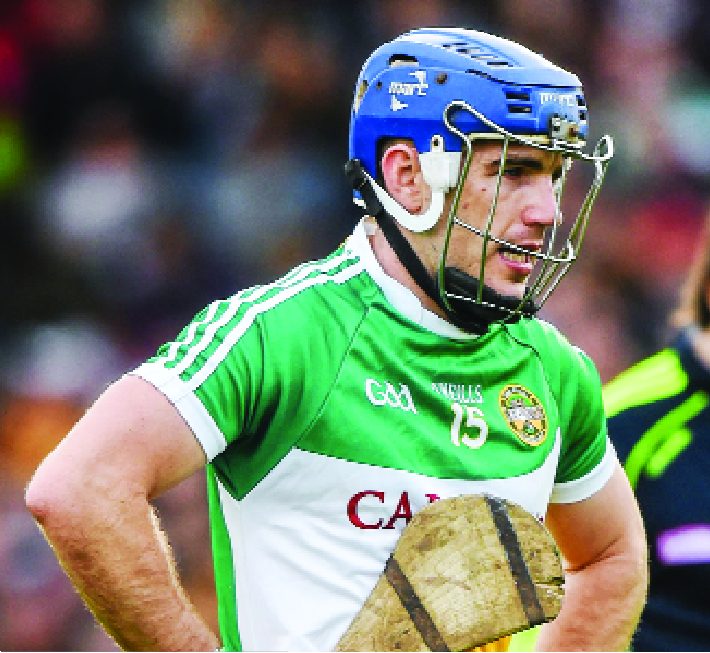 Anyone who regularly reads my column will have established that I like my quotes and this week I make no apologies for referencing a quote that applies to life as much as sport.

The reason I think it is relevant to a hurling column is that Brian Carroll, a man who has given may years of dedicated service to Offaly hurling felt the need to speak out about the criticism and vitriol he faced both verbally and on social media following Offaly’s demise and relegation to the Christy Ring.

To put this into some perspective Carroll only became involved with the Offaly Seniors in a coaching capacity alongside Joachim Kelly after Kevin Martin’s departure two games before the end of their McDonagh campaign.

He answered the call that many would have stayed well away from. Carroll talked honestly about how he was affected by the criticism and the fact that it has made him seriously consider any future involvement in inter-county management.

Some of the criticism came from former players, who should know better. Daithi Regan in particular singled out Carroll for special mention.

Some reading this will be of the view that if you take on such positions then you become fair game for what comes with it. That may well be the case to a point but in Carroll’s case he felt that it had become personal and to all right-thinking people that is not acceptable. Social media has made it very easy for so called keyboard warriors’ to wage war and post stuff that they would never say to someone face to face. In other words it has become all too easy to be publicly critical of both players and management.

Of course people have the right to an opinion on a team’s performance many of which are formed with the benefit of hindsight and with little knowledge of what actually goes on in the inner sanctum of a dressing room.

However when that opinion becomes personal and directed in a derogatory way at an individual I think that becomes a step too far and in the GAA and hurling world we should be better than that.

A couple of weeks ago I talked about missing Ger Loughnane as a pundit on the Sunday game but as if to prove that “he hasn’t gone away you know” he continues to stir controversy.

He was extremely scathing in his newspaper column about the Clare hurling team who he referred to as “gutless” following a poor Munster campaign. Now, short of spitting and headbutting, I don’t think there is a bigger insult you can lay at a hurler than referring to him as gutless.

Anyone who puts on a helmet and goes into battle on a hurling field should never, ever be referred to as gutless and incredibly Loughnane is a Clare man.

To say it about your own is hard to fathom with Loughane in serious danger of tarnishing his legacy in the county he took to two All-Ireland titles. I am sure there were times in his own playing and management career when things didn’t go to plan and he should know as well as anyone that such an accusation is just spiteful and hurtful. Managers and players give up significant amounts of their valuable time and make sacrifices that those who are not involved will never understand so public ridicule leaves a sour taste, especially if that criticism comes from those who are contributing nothing themselves.

I accept it is a free world and we all love to talk about, analyse and give a view on how we would do things differently but when that becomes public and personal we should reflect on what we are saying.

Those being criticised, as Brian Carroll alluded to, have family and friends who can also be affected and that can never be right. Some may well say toughen up and get on with it and undoubtedly some characters are better at that than others, but not everyone has skin like a rhinoceros and some can and do take the criticism personally.

Brian Carroll has been clearly stung by what he has heard and I am sure the Clare hurlers are furious about Loughnane’s comments to the point they will question why would you bother. It would be much easier to do nothing and criticise others but then competitive athletes would get no satisfaction or fulfilment from that approach.

Supporters and pundits need to be mindful of the impact of their comments on others and be respectful of those who are giving up their time to compete to the best of their ability.

As humans we all make mistakes but when those mistakes are the focus of public platforms it can be deeply insulting.

In conclusion, commiserations to the players and management of Down and Armagh following their defeats in the Christy Ring and Nicky Rackard last weekend. Certainly there was absolutely no shame in their performances and achievements this year and I trust they were immune to any significant criticism in the wake of it.

It would be the least they deserve.