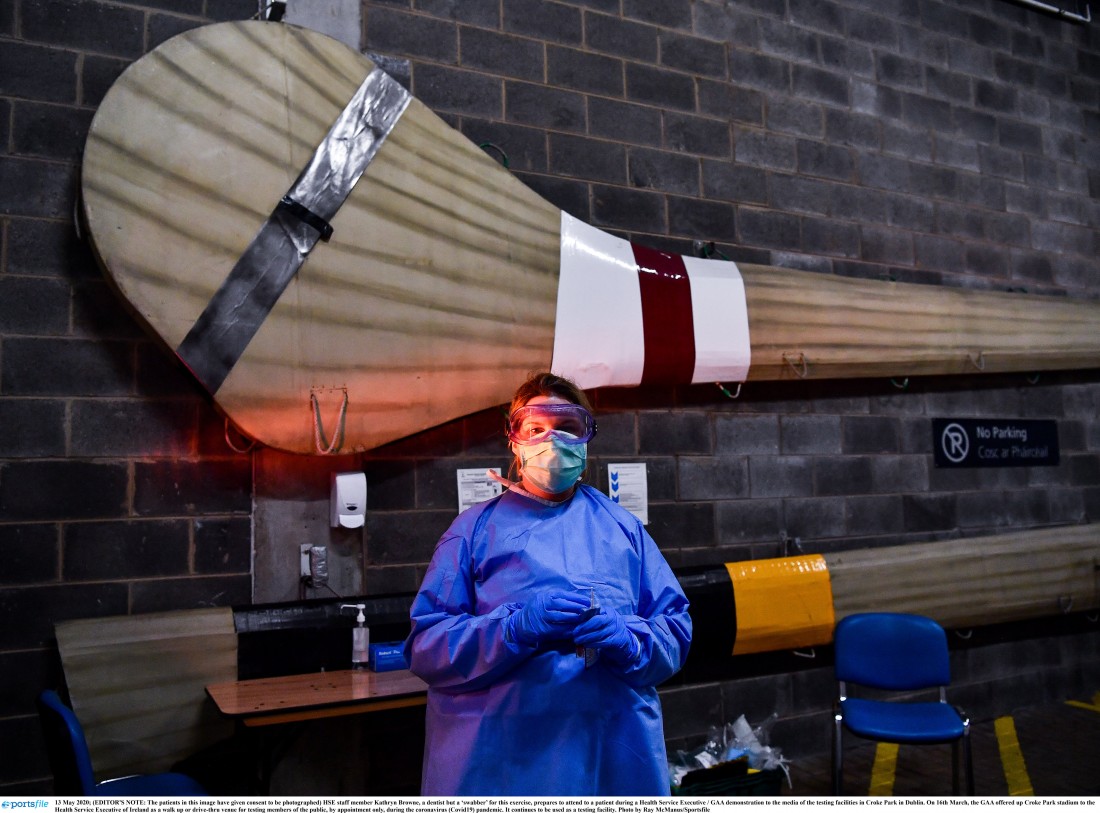 WE are all starting to adapt to what is becoming the so-called ‘new normal.’

We are, of course, a very adaptable species and as Darwin’s theory suggests, it is those who are able to adapt who ultimately survive. Human beings are adept at adapting and finding new ways to do things, that is why we have thrived and are considered the most intelligent species on the planet.

Though if you landed from outer space and asked to be taken to our leaders and were presented with Trump and Johnson you could be forgiven for questioning that claim.

The debate continues to rage about the loosening of lockdown, and everyone wants definitive answers to questions around work, pubs, and sport amongst many other things. The problem is there are no definitive answers.

When we talk about the new normal in hurling, I am unclear as to what that may look like, indeed what the future is for any contact sport.

Many people have opinions and many of us now feel qualified to comment on issues related to virology and epidemiology. We do need to be careful though as I feel that any decisions regarding the future should be based on the opinion of scientists and not of GAA administrators or commentators.

Personally, I thought John Horan put it across very well when he appeared on The Sunday Game, which incidentally is doing a good job of staying on air despite the fact there is no game on a Sunday. Horan was very open and honest and spoke about he struggles to see how a contact sport like hurling can be played if the science is clearly telling us that social distancing is going to be with us for some time to come.

In doing so, he seemed to rule out the potential for playing our games, even behind closed doors. I have to say I agree with that position and if the entertainment on view from the German Bundesliga is anything to go by we should try to avoid that option, although I accept many will see it as better than nothing.

However, the bits of games I did watch looked like nothing more than glorified challenge games. Lacking in real intensity with no atmosphere. I also think for players the joy of playing and winning in front of a crowd is what it is all about.

Take that away and I think the games lose much of their attraction at both club and county level. I can’t imagine there would be much joy in winning a match or competition without a crowd and sharing that excitement with friends and family. Hurling as a game needs a bit of bite and intensity to it and sure at club level it wouldn’t be the same without the cantankerous old boys shouting over the wire at the referee about his need for a pair of glasses.

Whatever happens though, I do think there will come a time when the Association will need to stop kicking the decision-making can down the road. We are not there yet but at some point, we will need some certainty around timeframes as it is not fair to keep players and management hanging around not knowing whether to prepare for competition or not.

I think the date of July 20 is critical to that. That is when the government in the south has suggested that a return to team sports training may be possible. If by that stage the science suggests that it remains risky to return and the date is pushed back further, then effectively I think it will be impossible to accommodate both county and club games this year.

As the Association has already stated that the club game would get preference, then in such a scenario an announcement should be made that the inter-county game is suspended for 2020 with the option to review the situation regarding the club game at the end of August. If by then it is still not possible to return, then a decision regarding suspension of the whole season should be a consideration to bring some clarity to the situation.

I sincerely hope that it doesn’t come to that and if anything, I am more positive now about action this year than I was a month ago. The virus seems to be waning a bit and there is some cause for optimism though if social distancing is indeed the new norm, then like John Horan I don’t know how that translates to contact sports.

We do need to be positive, but we also need to be accepting of the science and take any responsibility for the prospect of games this year away from the GAA itself.

Our strong desire to see a return of the sports we love should not blind us to the risks of the virus if they continue to exist. That is why the decisions about games this year should avoid emotion and be made purely on what it is safe to do. That doesn’t mean we should avoid any risk, but those risks must be proportionate and calculated by scientific fact rather than opinion.