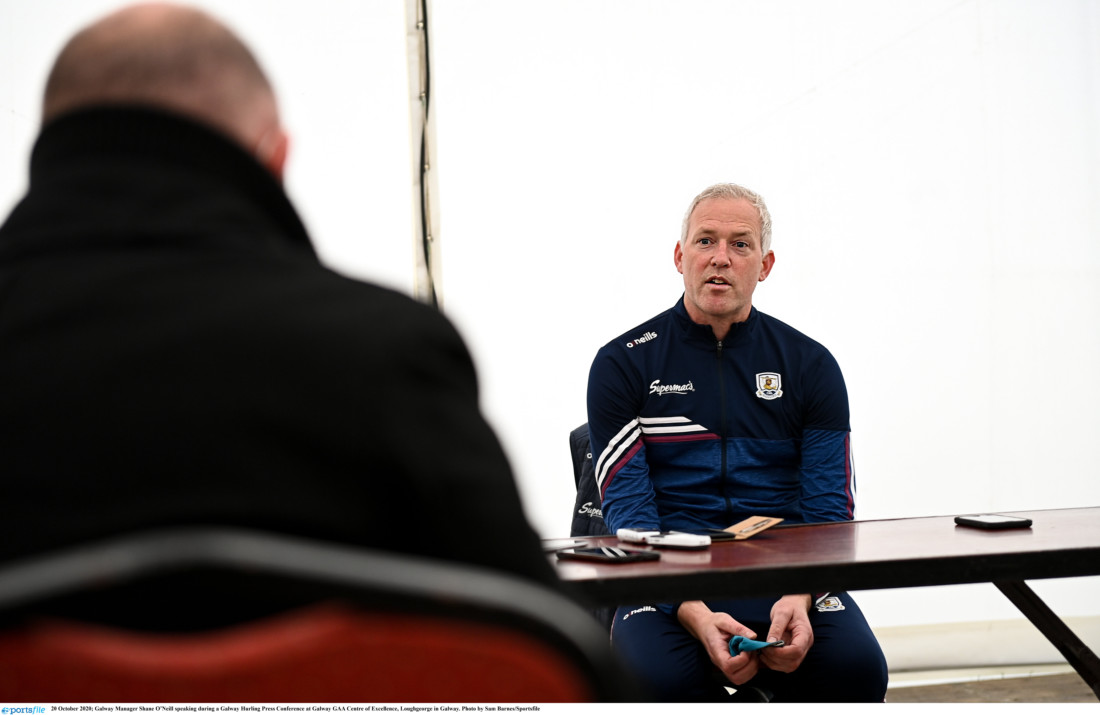 THE sporting calendar has been dominated by international action over the last few weeks with the Six Nations rugby and World Cup qualifying games in the soccer very much to the fore.

In the absence of any GAA action, it is great we have something to watch and talk about as we continue to live through Groundhog Day. In watching some of it, what I found interesting was the consistency of management speak across the codes.

This is particularly the case from managers who are coming under a wee bit of pressure due to poor results and, let’s face it, in all codes it doesn’t take many of those for managers to come under scrutiny.

What is consistent is that in defence of poor performances managers will inevitably seek more time and describe the team as a work in progress. Even Gareth Southgate, the England manager, made such a statement, and they won all three of their games.

Managers are often guilty of using the work in progress mantra as a means of buying themselves time to get things right and very often that is right and proper. However, there will always come a time when that just doesn’t wash with spectators.

Every team in every code is searching for the right balance of experience and youth and for some that takes longer than others so it is impossible to quantify how long a manager should be given to get it right. The problem in the modern era is that managers just don’t get the luxury of time so saying that your team is a work in progress doesn’t cut it for very long.

Regrettably, that is as true for GAA teams as it is for professional sports. Professional preparation and financial investment bring with it expectation and in many counties and clubs that expectation can be totally unrealistic and not in keeping with the player pool at the manager’s disposal.

As we move tentatively towards potential action it is fair to say that managers need to be given a break this year. Surely, they can’t be held to account in the same way they may have been in more normal times? Their opportunity to coach and prepare their team has been seriously impacted by Covid-19 restrictions, unless you are Dublin footballers of course. I say that with tongue firmly in cheek as I suspect they are not alone in their endeavours to gain a bit of an edge, though just what risk nine fellas kicking a ball about on a big field presents I will never know or understand.

What surprised me more than anything in the whole saga is how the highest profile GAA team in the country would make such an error of judgement in seeking to gain that edge. Having said that, I am sure Dessie Farrell won’t lose much sleep over his 12-week suspension, but I am also sure that Dublin getting caught will have resulted in other teams stepping back from their own covert operations until restrictions officially lift to a degree on April 19.

There is never an easy time to be a manager, but the current circumstances and the continuing uncertainty make it even more difficult to properly prepare a team. As each week passes the fixtures calendar narrows and the authorities will be in the unenviable position of trying to get the balance right between county and club activity.

That will make it nigh on impossible for teams to be a work in progress. They will need to hit the ground running as the pre-season will be severely reduced. If you are trying to build something as a team, embed a culture, achieve peak strength, conditioning and skill levels, that can take time and time is not something anyone has this year.

Taking all of that into account, the same levels of accountability for managers should not apply. However, I have little doubt that will all be forgotten as soon as the first ball is struck. If results and performances are deemed to be below par the blame game will quickly commence and like the BBC comedy game show the question will be “who is to blame for my team’s poor performances?” Inevitably the answer will be the manager as the age old saying of “players win championships and managers lose them” will no doubt apply.

Not being able to train or prepare properly will not be considered a legitimate excuse. Somebody must be responsible for a lack of success and whilst Covid will be blamed for many things in society over the next weeks, months and years, managers will not be able to reach for it as an excuse as everybody else is in the same boat.

But, like every year, the bigger teams just happen to have a bigger paddle in terms of player pool, talent and financial backing so I don’t expect to see many changes at the top table when the hurling honours are being handed out this year.

For those who don’t succeed, they are likely to be deemed a failure because being a work in progress is quickly becoming more of an aspiration for managers than a reality.