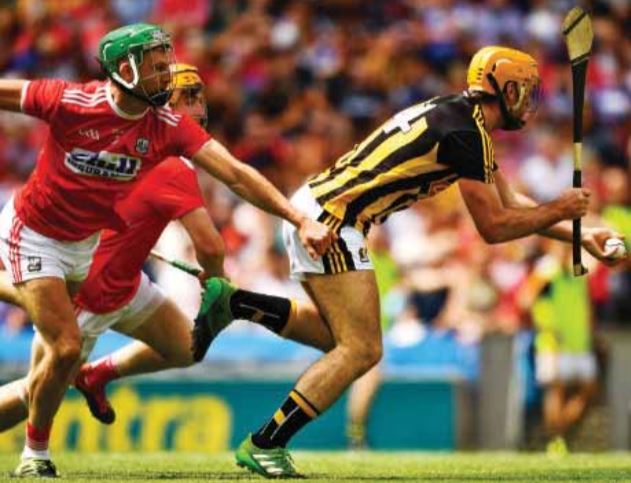 THE beauty of sport is its unpredictability.

That is what makes it, whatever the code, so fascinating and popular to so many people across the world.

As someone who has a passing interest in many sports, that unpredictability was clearly evident last Sunday. There were not enough televisions in the house to capture the full range of sporting events on show and a beautiful sunny day was spent indoors channel-hopping trying to take as much of it in as
possible.

My main focus was the All-Ireland hurling quarter-finals, but I dipped into Gaelic football, tennis, Formula One and even a bit of cricket.

Truth be told, although interested in many sports few can capture my attention from start to finish like hurling does so dipping in and out to capture the best bits tends to be my preference. The finales to the tennis and the cricket in particular made for great viewing though admittedly it would not have been as absorbing enduring the hours leading up to the extraordinary climaxes.

There was a degree of unpredictably in the first hurling quarterfinal between Kilkenny and Cork.

Cork started the game as many people’s favourite, me included, and indeed were viewed as dark horses for the All-Ireland itself.

The general consensus was that Kilkenny, whilst incredibly hardworking, lacked the finesse and scoring power to overcome Cork.

How wrong we all were. Kilkenny proved beyond doubt that they should never, ever be written off.

They possess a mentality that sports psychologists should be writing books about, fuelled by the ultimate psychologist himself Brian Cody. To say he consistently gets the best out of his teams is an understatement as Cork from a hurling perspective would have the same if not greater hurling ability but that in itself is never enough to win top level hurling games.

In the second half Kilkenny played like a team possessed, outscoring Cork 1-16 to 1-8 during that period and overturning a two-point halftime deficit.

Hands up, I am guilty of doing them a disservice following their Leinster final defeat as I had written them off as serious contenders for the All-Ireland. However, Sunday’s display suggests otherwise.
Cody also deserves great credit for his tactics and substitutions which helped to turn the game around in their favour.

That is something he doesn’t often get credit for as his tactical nous is sometimes viewed as his Achilles’ heel when pitched against the more modernday thinkers of the game. Their deconstruction of the Cork puck-out strategy was the key factor in setting the platform for victory. It was the equivalent of the full court press in basketball as they pushed up on Cork forcing Anthony Nash to go long and then gobbled up everything that came their way.

The substitutions also made a serious impact, particularly Walter Walsh, demonstrating that they have great strength in depth and a number of substitutes who can make an impact late in the game.
If I was nit-picking, I did struggle to understand how Padraig Walsh and Hugh Lawlor stayed on Patrick Horgan and Alan Cadogan for so long. Horgan was exceptional finishing with 3-10 and still ending up on the losing side.

If the Player of the Year was picked now it would be a no contest such has been Horgan’s brilliance
to date.

Obviously, Cody felt he had no better options in those positions and trusted in the fact that winning in other sectors of the field would get them over the line.

They now find themselves back in an All-Ireland semi-final where the reigning champions Limerick will have to earn their stripes to get back to the final.

Something tells me John Kiely would have preferred Cork in the semi as Kilkenny are a dangerous beast in the latter stages of the competition.

The other quarter-final did finish more predictably with Tipperary seeing off a gallant Laois team by t10 points. Liam Sheedy will feel it is mission accomplished in getting to the semi-final but will know full well that a similar performance would not be good enough against Wexford.

However, neither he nor Davy Fitzgerald will be reading too much into it though Sheedy was quick to install Wexford as favourites for the game, which before the Munster final would have been unthinkable.
Huge credit must go to Laois who played very well given the fact they were playing for the third week in a row. I would really liked to have seen them coming into the game fresh, but they should take great confidence from the fact they were not totally outclassed.

They will look forward with optimism to next year where they will compete in the Leinster Championship round robin format. Playing at that level for the next couple of years is an important part of their upward curve as is retaining the services of Eddie Brennan who will now come into the mix to succeed Brian Cody when he eventually decides to step down.

What we will not be able to predict is when that might be but given that Cody remains at the top of his game it is not likely to be anytime soon.