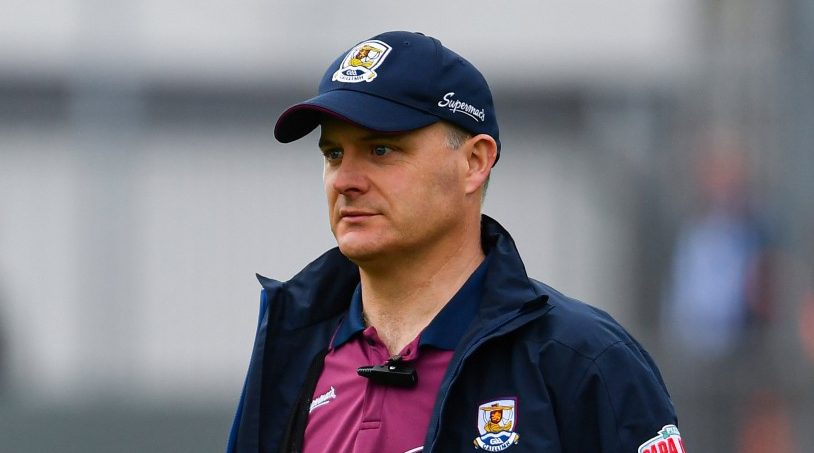 The inter-county management merry go round is in full swing and as always, some counties are managing the appointment process like UEFA manage racism in soccer. Not very well. I never fail to be amazed by how some county boards can make a hash of such an important process even in the so-called top tier counties.

Just look at what is going on in Galway and Clare, both recent All-Ireland winners and serious contenders for future honours. There are striking similarities in the mess they find themselves in, both in the treatment of previous managers and those interested in applying.

Michael Donoghue who stepped away in Galway had obviously issues in his relationship with the county board and Clare hardly covered themselves in glory in their treatment of Donal Maloney, the joint manager last year who then withdrew from this year’s recruitment process.

It is becoming increasingly clear that the shelf life of a top-level manager is two to three years unless success is achieved, Brain Cody being the notable exception as his unprecedented success makes him untouchable.

Failure to deliver in those two to three years more often than not means a changing of the guard and on occasions a clumsily managed recruitment by the county board. Few counties seem to have any sort of succession planning in place for senior management positions though perhaps Kilkenny’s appointment of the great DJ Carey to their backroom team is a step in that direction.

I know the GAA is supposed to be a members-based democratic body but I have never felt that the nominations by clubs of prospective managers is the best way to appoint to such positions.

Most clubs will have agendas and their nominations may not always be the best person for the job. Very often that is where the problems arise as the likelihood is that the board will already have someone in mind, perhaps already spoken to and consequently the club nominations become nothing more than tokenism to a fair and open process. Personally, I think it should be an open process where interested individuals can express an interest.

The board should be clear when seeking interest to specify what they are looking for in a manager and then follow it up with an interview to see if the interested individuals are the right fit. Just like any recruitment process there should be measures in place to appoint the right person.

Interview panels should be made up of people with the right knowledge to know what it takes to run a team and that is very often not the county board administrators.

This is where tensions are often created and perhaps in Clare and Galway the county boards would have been better to step back from the recruitment as they are clearly a big part of the problem in those counties.

The interview should also work both ways and be an opportunity for those interested in the role to ask their own questions in order to assure themselves that they are likely to get the support that is so necessary before deciding if the job is right for them.

That relationship between the board and management team is critical to success. Without exception successful teams at club and county level have the full backing of their county board/club executive and where differences exist in terms of what it takes to move forward then you can run into problems.

At least the top three Ulster counites have their house in order early with their managers already in place for 2020. Derry and Down have stuck with last year’s postholders with John McEvoy staying put in Derry and Ronan Sheehan retaining the position in Down having reached the Christy Ring Final this year.

Antrim have gone with something different. Last year’s manager Neal Peden has moved to a Director of Hurling role and Darren Gleeson of Tipperary, who was part of the backroom team last year has been appointed to the hot seat. These are both interesting and ambitious appointments that at least demonstrate a willingness within Antrim to change, adapt and try new things. The impact of Neal’s new role in particular will be one to watch but clearly the county board have been persuaded that a change in their overall structure is needed to take Antrim towards the next level. As the saying goes if you keep doing the same things you will keep getting the same results. So, I think Antrim are to be commended for trying something a bit different. Neal’s role seems to be to focus on the development of underage players to Senior level and the relationship between him and Darren Gleeson will be key to its success. Of course, like any change it won’t show results overnight. Such a structure needs to be given time to embed before any judgement. In accepting the post Neal will know what needs to be done but as with the managers post the relationship with the county board and a mutual understanding on the way forward is essential.

As in many walks of life relationships are critical to achieving desired outcomes and when they become fractured even potential Liam McCarthy contenders like Galway and Clare can end up in a bit of a mess. The whole team including administrators need to be rowing in the same direction, those who aren’t need to be thrown overboard to keep everything moving forward.