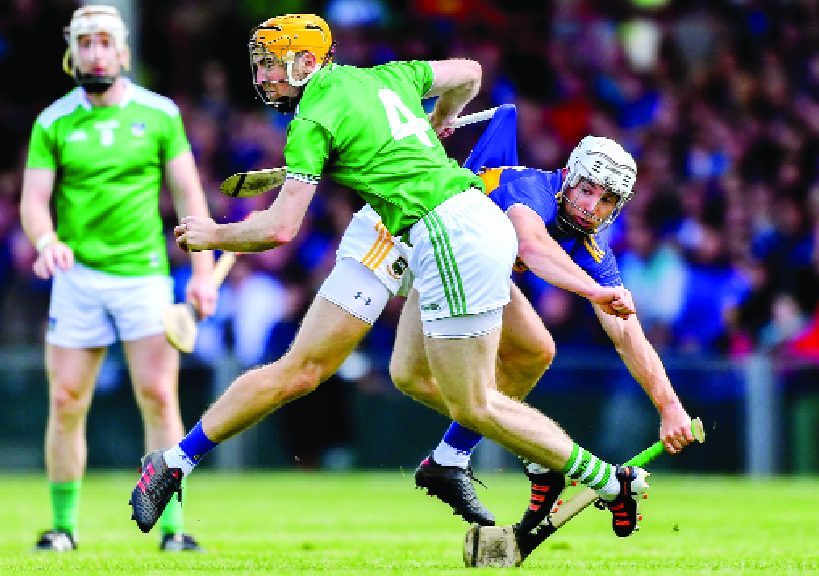 As the famous advertisement says Carlsberg don’t do Sundays but if they did it would have looked something like last Sunday where hurling fans were treated to the Munster and Leinster finals on the same day. Whilst I understand the reasons for the condensed season, I have mixed feelings about such big games being on the same Sunday as I would like to see the entertainment spread out over as many weekends as possible at this time of year.

Thankfully Super Sunday didn’t disappoint with both games providing enthralling encounters for different reasons. Munster for the sheer beauty of a flawless Limerick team and Leinster for the physicality, intensity and emotion of Wexford’s historic victory over rivals Kilkenny.

The Munster final was summed up well at one point by Ger Canning on RTE who described the first half as helter skelter with no real fluency. That in no way suggests it was poor entertainment. It’s nigh on impossible to have fluency in a game when the players in possession barely have time to blink let alone take time to make the right decision. As soon as a player lifted his head, he was invariably surrounded by a hungry mass of players devouring him to regain possession.

The intensity of the early exchanges was off the scale. Then once the Limerick juggernaut had worn a tiring Tipperary down, they played like the Harlem Globetrotters, spraying the ball around with pinpoint accuracy and picking up scores from all over the field leaving Tipp chasing shadows in the latter stages.

They really did prove that their encounter two weeks previously where Tipp prevailed was nothing more than shadow boxing and when the real punches needed to land in the Munster final, they had plenty in the tank.

For a change the Munster final was the appetiser this year as the main course was afforded to Leinster given their brilliant round robin and the final didn’t let us down in terms of excitement. In the end Wexford secured their first victory in 15 years and whilst the game was not a classic for the hurling purists it was edge of the seat stuff throughout due to the incredible never say die attitude of both sides.

The game was a real battle in the middle third with rucks a plenty in a very congested area and for the players having possession was often the start of their problems as they then needed to have both strength and guile to free themselves up and recycle the ball.

As a consequence, the game lacked any real shape at times but demonstrated why there is such emphasis on strength and conditioning in the modern game as dominating that crowded middle sector is now the key to winning games.

Davy Fitzgerald deserves enormous credit for getting the best out of this group of players who went out of their way this year to keep him on board. Undoubtedly, they have a number of talented individuals with Rory O’Connor and Conor McDonald particularly impressive.

O’Connor is a genuine star of the future, but Sunday was a case of cometh the hour, cometh the man with Lee Chin being immense throughout. They now go through to the semi-final where they will be very hard to beat and to this point Davy’s controversial sweeper system(in the eyes of the traditionalist) has been vindicated.

However, I would be of the view that winning the Liam McCarthy may be beyond them as they come up against the Limericks of this world who are more than capable of playing around a sweeper system. It also has to be said it was not the Kilkenny of old. Typically, they played like all Cody teams with huge endeavour and bravery, but they are being carried a bit by the exceptional TJ Reid and in my opinion, are unlikely to be serious All-Ireland contenders.

It has often been said that the Provincial finals have lost their appeal over recent years but the emotional scenes at the end of both games would suggest otherwise. The supporters, players and management celebrated like it was an All-Ireland so it would seem that the current structures in hurling are working and unlikely to change anytime soon.

The success of the structures was further demonstrated by the very competitive McDonagh final between Laois and Westmeath. I only saw the highlights, but it was clear the standard was very high, and it will be very interesting to see how they both compete against the big boys this weekend.

However, they are immediately disadvantaged by the fact they are straight back at it this weekend whilst their respective opponents Dublin and Cork have had a weekend’s rest and will be much fresher. So much for giving the underdogs a leg up and don’t get me started on the scheduling of the final.

The GAA want to promote the benefits of tiered competitions yet saw fit to schedule the game at the same time as the Munster final, a decision that hardly raises the profile at that level. If they are seriously trying to sell the idea to reluctant football counties, they need to make a much better job of promoting the lower tiers in hurling.