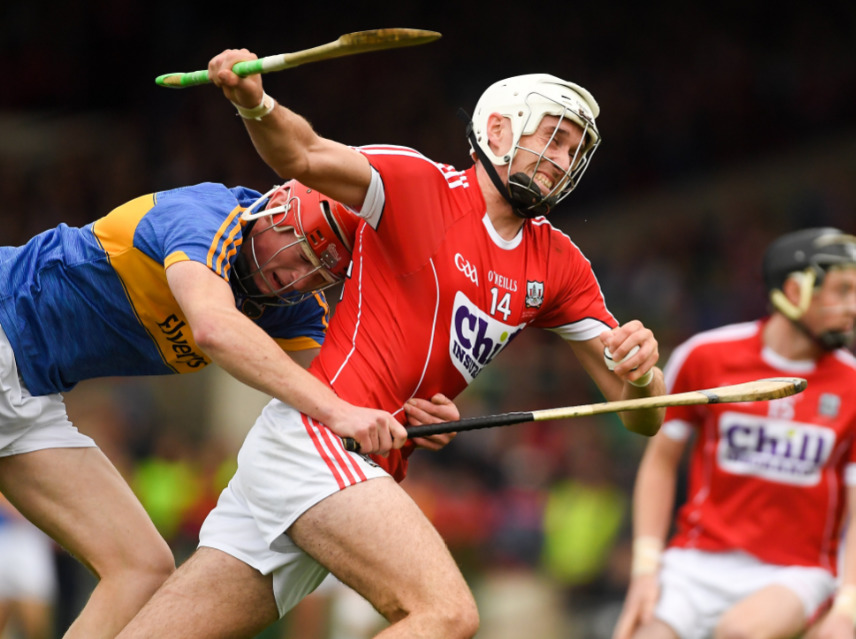 A GOOD MOVE...Shane Elliott was in favour of the Congress decisions

WE all have opinions on things, but we struggle to get the fact that having one doesn’t make us right. In an increasingly polarised world adopting binary positions is the norm; everything is black and white with little room for greyness.

Interestingly it is often in the grey where the answer lies.

Having said that, I am as guilty as everyone else as I regularly form views on things that just don’t make any sense to me.

However, recently a couple of pertinent issues have fallen into the not making sense category. One is related to Covid-19 restrictions. I have deliberately tried to keep the column Covid free over the last few months as we are all fed up to the teeth with it and its implications.

From the outset I should say that I am totally supportive of the need to have a form of lockdown to control the virus spread. What I am cannot make sense of is the continued restrictions on outdoor play and sport, particularly for the younger population.

I drive past my club’s exceptional facilities every day, two large swathes of grass and an outdoor floodlit 4G pitch with nobody on them. The walking track can be busy but there is nobody on the grass and that is what I struggle with.

I cannot understand how a bunch of kids running around a large grassy area kicking or striking a ball can contribute to the spread of the virus. With appropriate measures in place, like there was before, surely the risk associated with the continued impact of no structured exercise and reduced social contact for our young people with their peers is greater than the risk of the virus.

Risk management should be about the likelihood of something happening, and the guidance clearly suggests that the likelihood of virus spread is significantly reduced outdoors particularly amongst younger children. That is why the major sporting organisations, including the GAA, need to influence the governments North and South to relax their approach to outdoor sport for children.

It doesn’t even have to include games, just let the kids back on the grass to play and run around in an organised and controlled way. Jose Mourinho once said that sometimes you just need to open the stable door and let the horses run free when talking about his tactics. We need to adopt a similar tactic with outdoor sport for children, open the gates and let them run free.

On the continued theme of things that do not make sense, what about the GAA Congress decision to pass the motion that joint captains would no longer be permitted to lift cups? This makes no sense on two fronts. One is that it was ever proposed as a motion in the first place and two was that it was subsequently passed by the required two-thirds majority. Just when you think the GAA administration is doing its best to modernise something like this, it takes us back to the dark ages.

I honestly cannot get my head around what the issue is that clearly bothered someone enough to put forward the motion. Most people could not care less how many people lift a cup. Team management should have the autonomy to nominate whoever they see fit to represent their team at such a joyous time. We live in times when we all should have many more important things to worry about.

Thankfully not every decision at Congress was nonsensical. I penned a column recently about the introduction of the sin-bin in hurling to try and clamp down on cynical play. I therefore welcome the decision to adopt it and sincerely hope it will have the desired impact.

I know there are many in the game that do not share that opinion and are of the view that the rules need to be left alone, but I hope it is given the time it needs to bed in and that the referees interpret it in the way that it is intended.

The other major Congress decision of the split-season for club and county was always going to be a bit of a no-brainer given the year we have just had and the one that looks likely to come. Going back to how I started the column, this is an issue there was no greyness around. The vast majority of members were on board with it and that is rare in an organisation with such a diverse range of opinions.

The decision made total sense in the management of a congested fixtures schedule and to my mind so does letting our kids back out again onto empty pitches. Open those gates.