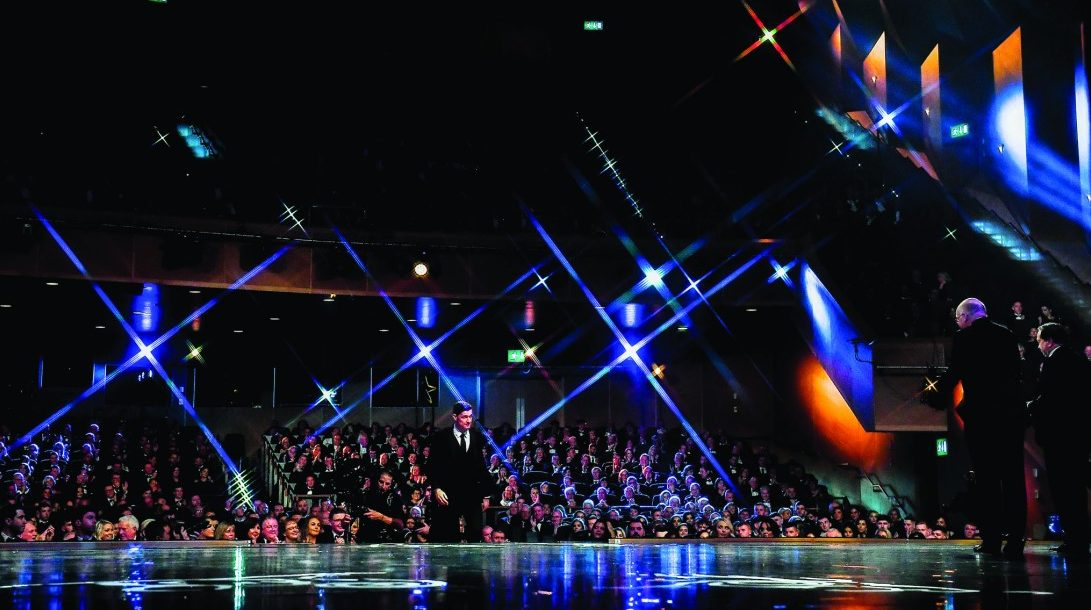 The All-Star selection is always sure to generate debate and very often the arguments are about who has been left out as opposed to those who have been selected. However, this year’s hurling selections could not be considered controversial as few could argue with the fact that all 15 were worthy recipients given the consistency of their performances over the year. There can be little debate either about the Hurler and Young hurler of the year recipients. Seamus Callanan was a deserving winner of the ultimate individual prize given the fact that he scored a goal in every championship game in Tipp’s drive to the Liam McCarthy. That is some achievement and allowed him to edge ahead of Patrick Horgan who in any other year would have been a shoe in for the award following his exceptional showings for Cork. Adrian Mullen was also a very deserving young hurler recipient following an All-Ireland club and an impressive season with the Kilkenny Seniors as they surprised many by getting to the All-Ireland final. The conveyor belt of greats from Ballyhale looks like it is going to continue.

Whilst the selection committees can be commended for their choices this year the same cannot be said for whoever in the Association decided that that there would be no Joe McDonagh awards this year, previously referred to as the Champions 15. The reason put forward was that “players competing in the Joe McDonagh were considered in the PwC All-Stars for the Liam McCarthy”. Who are they trying to kid? Are we seriously to believe that to be the case? Enda Rowland and Jack Kelly of Laois did get nominations, but I would take some convincing that they were being seriously considered for an award. It is an absolutely incredible decision that has denied our second-tier players from achieving the same individual recognition afforded to the top counties. Even the treatment of the lower tiers was shabby with the Ring, Rackard and Meagher players merged into one team and only a footnote to the main event, but box ticked for the GAA.

Whoever sat in a committee room and decided they should do away with the awards for the McDonagh players should take a serious look at themselves. At a time when the Association have opted for a two-tier competition in the football such decisions do little to reassure those second-tier football counites that the competition will get anywhere near the same profile as the Sam Maguire. The McDonagh counties should formally register their concerns as this decision coupled with the lack of television and media coverage of the competition suggests second tier means second rate and in the case of the awards the players being treated as second class citizens.

On a more positive note this weekend sees the Ulster finals in the Junior, Intermediate and Senior hurling competitions. In the Junior Newry Shamrocks of Down are up against Eoghan Rua, Coleraine of Derry. Newry have been a bit of a surprise package and to be honest I didn’t expect them to prevail over Antrim’s Gort NaMona in the semi-final. That victory will give them great confidence going into the final, but Coleraine spearheaded by their talisman Sean Leo McGoldrick will be formidable opposition. On the basis that I expected Gort Na Mona to go all the way I will go for Newry to just edge it.

In the Intermediate final St Endas of Antrim under the tutelage of Sambo McNaughton take on Eoghan Ruadh Hurling Club, Dungannon. Both clubs have been doing sterling work at underage level for some time now and the fruits of their labour are starting to show with their standards rising considerably year on year. St Enda’s will compete in the Senior League in Antrim next year and are likely to start as favourites but Dungannon will fancy their chances. That being said I still see St.Enda’s as having a bit too much.

The Senior final promises to be a classic with Dunloy up against Derry champions Sleacht Néill. The sides met two years ago in the semi-final when Sleacht Néill’s strength and experience proved too much for an emerging Dunloy side. This year Dunloy came through a very competitive Antrim championship and cut loose against Ballycran in the Ulster semi-final. But as the world cup rugby proved semi-final performances count for nothing in a final. No two games are ever the same and Dunloy will know well that Sleacht Néill are likely to be an altogether different challenge. They are coming off the back of an incredible seven in a row in Derry and a comfortable enough victory over Middletown of Armagh in the semi-final where I think it is fair to say and by manager Michael McShane’s own admission they weren’t at their best.

That of course is meaningless going into the final where I genuinely see no clear favourite and will diplomatically and not surprisingly sit firmly on the fence regarding any prediction.

The preceding Camogie match between Loughgiel and reigning All-Ireland champions Sleacht Néill should add to the occasion. Thankfully Ulster Council made an early decision to switch the game from Armagh to Newry and what I can predict is that unlike the GAA’s treatment of the McDonagh All-Stars there will be nothing second rate about the weekend’s action.