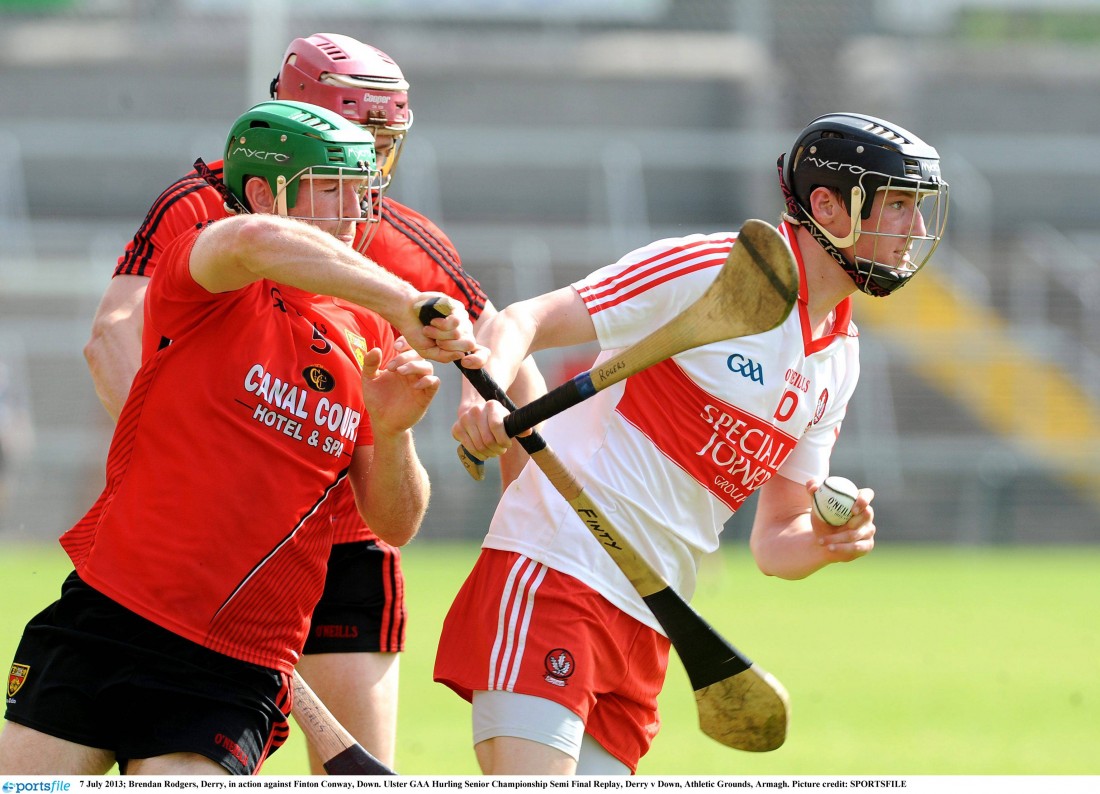 THE lack of hurling action on the pitch inevitably leads to everyone seeking their fix elsewhere. The gap has been filled for many with the watching of old footage showcasing the games of days gone by. There have also been many interesting podcasts and interviews often involving the picking of best 15s.

I took part in one of these interviews myself recently with Jerome Quinn for an Antrim GAA series, the brainchild of the brilliant PRO Sean Kelly.

Part of the interview was to pick my best Antrim 15. To be honest I am not a huge fan of such selections, especially in your own back yard as there is a very high chance you will offend someone. However, Jerome used all of his media savvy to persuade me it was a good idea.

Of course, such selections are a bit of craic based on one individual’s opinion and if nothing else make for a great discussion topic in the absence of games.

The week before Jerome touched on another discussion topic that comes to the fore every so often. Namely the suggestion that an Ulster team competing in the Liam MacCarthy would be good for the game in the province.

It’s no surprise that in the current hiatus it came up again having first been highlighted by Donal Og Cusack a number of years ago and frequently promoted by one of our top coaches, Micky McCullough.

In the interview itself Jerome spoke to a number of highly respected hurling men from the Ulster counties, including the likes of the current Down and Tyrone managers Ronan Sheehan and Mattie Lennon and current Slaughtneil star Chrissy McKaigue. There seemed to be a consensus that it was worth a try as things couldn’t get any worse.

Given the fact that this is a hurling column it would be remiss of me not to get in on the act myself especially following my fellow columnist Cahal Carvill’s piece a couple of weeks ago.

Cahal picked an Ulster 15, without Antrim players, that he felt would easily beat Antrim in a face-off. The premis being that an Ulster select would prosper just as well without the involvement of my own county.

Whilst that may well be the case, I can’t help thinking Cahal was stoking the fire to inflame the debate.

Personally, I would take a bit more convincing that it would ultimately improve the standards in Ulster. That doesn’t mean that I am not prepared to be convinced but I would want to see a bit more detail as to how it would actually work before coming to any conclusion.

I don’t mean details like, where they would train, who would manage them etc. that is the easy bit. What I genuinely struggle with is how the counties could afford to release their best players and in doing so what would the impact be on their own set-ups.

Cahal’s team had something like five Armagh men. Surely their absence from Armagh training would negatively impact on the county team’s development? It might be great for the five individuals themselves but I feel not so for the county itself and a potentially dangerous step towards elitism.

Would those players be able to play in the Nicky Rackard competitions as well as the McCarthy with Ulster and if so, where would they get the time to serve the two masters? If Team Ulster is to be successful, then it would need to train as diligently as the other top teams and I can’t for the life of me see how that could be accommodated in an already crowded fixture schedule. That’s what I mean by detail.

Many of the players mentioned as being included in the Ulster team are dual players. Men like Chrissy McKaigue and Brendan Rogers who would be in anyone’s top 15 play county football and don’t currently play for their own county hurlers so what are the chances of them being available for Team Ulster?

The fact is that Ulster remains a predominantly football province and the notion that the best players would be available for such an amalgamation is highly unlikely.

We can barely squeeze in the fixtures as it is so to introduce another team for fellas to train and compete with is not going to improve standards. If Team Ulster is all our top hurlers had to focus on, then there may be some merit in the argument but that is not living in the real world. By all means I think all options should be on the table when improving standards in Ulster is being discussed but any proposals must come with clear actions and goals that are both realistic and achievable. Having established the plan, it then requires total buy-in from the relevant county boards and management teams. I have yet to see that clarity in the discussion about Team Ulster.

If I am being honest, I just can’t help thinking that the idea of it is much more appealing than the reality and for now it will remain a great discussion topic that will drop under the radar again when the action starts.