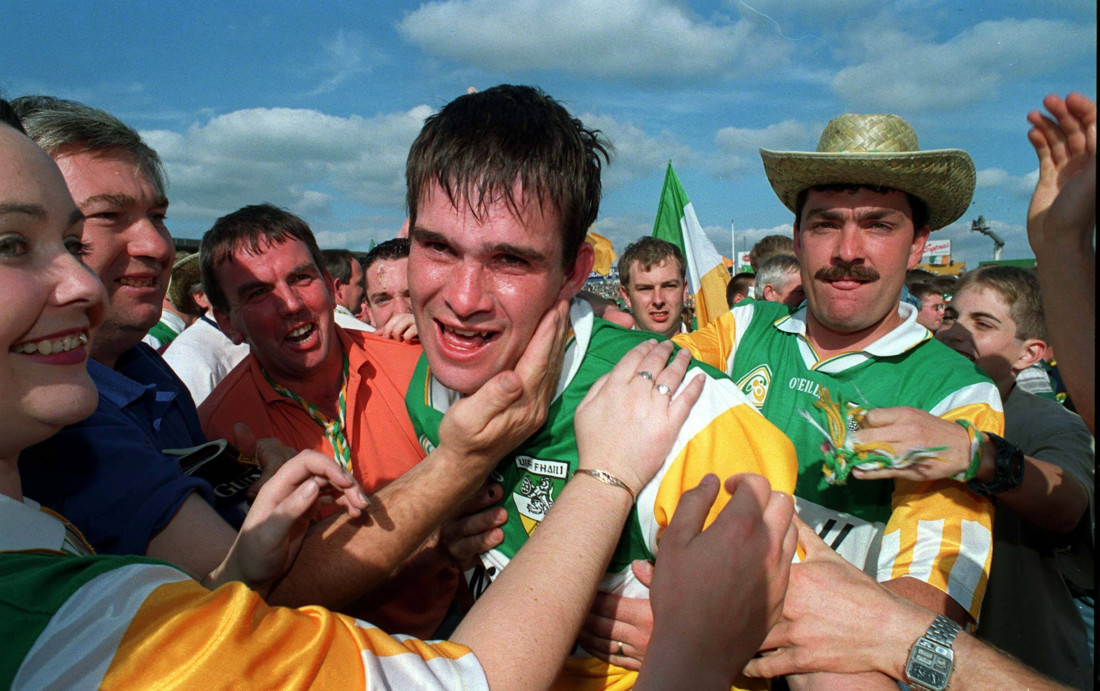 WE live in a very polarised world where extreme views, whatever your side, tend to be the norm.

It is those on the extremes who tend to make the most noise and in doing so enlist a passionate support base. It is therefore no coincidence that we have witnessed the rise of populism in politics across the world.

Populist leaders are skilled at messaging what the people want to hear in the full knowledge they will never be able to deliver on a fraction of what they promise.

Add that approach to a global pandemic and the unedifying spectacle of fighting over vaccines and I think it is fair to say the world is not in great shape.

Personally, I think that if the last year has taught us anything it is that we need to lighten up a bit and stop taking everything – and I mean everything – so seriously. That should also apply to our games.

I have long since been of the view that the training regimes imposed on players at all levels has sucked a lot of the enjoyment out of the game. There has been much debate but little change in securing a more balanced approach to this conundrum as intercounty players in particular have little down time to rest, recuperate and actually enjoy life outside of sport.

Consequently, the game has become devoid of characters or mavericks, call them what you like but it has all become a bit robotic. Players are expected to toe the party line and those who don’t are quickly dispatched and labelled as not committed enough to succeed.

That is why the recent Laochra Gael on TG4 featuring the Offaly and Birr legend Johnny Pilkington was a breath of fresh air. Johnny was of my vintage during the ‘90s and was an exceptional player who also liked to enjoy himself. He was undoubtedly committed but was firmly of the view that that he would  train hard, play hard but what he did in his  own time was  really nobody’s business. Such an attitude would see him side-lined in the ultra-professional era of today where effectively players’ lives are significantly influenced by intensive training regimes akin to professional sport.

Don’t get me wrong, I have been involved in enough teams to know that discipline is key in a successful team environment, but I do sometimes wonder if we have got the balance right in terms of work, sport and leisure.

One size doesn’t fit all in terms of managing players and I guarantee the approach to managing Johnny Pilkington was very different to the one applied to others in the team.

The counter argument to this is often that players have choices and if they don’t like it, they don’t have to do it. But is the desire for success and the expectations on players sucking the enjoyment out of the game? Do we need to lighten up a bit?

By all means have a professional approach but never lose sight of the fact that hurling is and always will be an amateur sport. So, the question must be asked do we have a right to dictate how players live their lives outside of the sport? The likelihood is that men like Johnny Pilkington would have struggled to thrive with the confines of the rules and discipline of today and that doesn’t seem right.

At the moment it is impossible for team management to place unreasonable demands on players as collective training is still not possible but as it returns so will some degree of normality in society.

I hope when that happens there is a degree of balance as players will also be craving social interaction again outside of sport and may return with a very different perspective regarding what is important in life.

I also hope that the crisis may help us in achieving a better balance between the games to training ratio. When teams are allowed to return there will be little time for a prolonged pre-season as every week that passes puts increasing pressure on a fixtures calendar that we all know already is a nightmare to manage.

Games will come thick and fast and, in that respect, you couldn’t whistle the players a better tune. They will enjoy that so much more than endless weeks of training for a handful of games.

I live in the hope that an unintended consequence of the crisis may be that we all lighten up a bit in our approach. However, the realist in me fears that it won’t take long for everything to quickly revert to how it was before.

Players will be expected to train six or seven times a week, be asked to live like monks and sacrifice the vast majority of their spare time in the pursuit of success.

Whilst success and enjoyment are inextricably linked, in an amateur sport, we need to find ways to enable characters like Johnny Pilkington to be a part of it all.

Otherwise, there is a danger of it all becoming a bit boring and predictable – words that should never apply to the game of hurling.