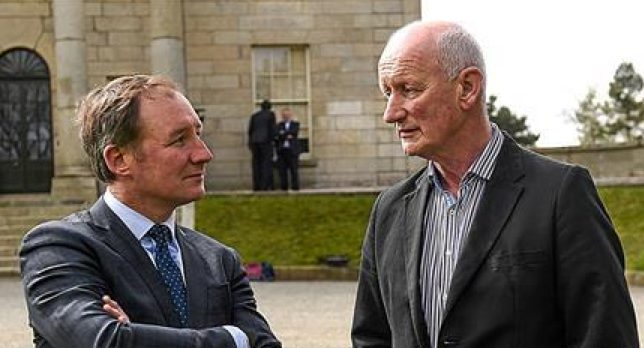 Let me start this week’s column by stating something I never thought possible. In terms of entertainment the All Ireland Football final was better than the hurling. There I have said it and my football friends (all 2 of them) will take great delight in that admission. But don’t worry I have no intention on offering an opinion on the intricacies of the game I just thought it was great to watch and was not the one-sided affair many people were expecting. Dublin’s drive for 5 in a row is placed on hold for now and watching Jim Gavin’s post-match interview I did find myself making comparisons to the last GAA team to go for the elusive five in a row. Namely the brilliant Kilkenny hurling team of the noughties who were stopped in their tracks by their great rivals, Tipperary in 2010.

The fact that it has never been done before emphasises just how difficult a feat it actually is and it is worth highlighting the striking similarities between that Kilkenny outfit and the current Dublin football team. The most striking one, for me is the fact that both have a charismatic and inspirational manager who commands the utmost respect.

Listening to Gavin after the match it could easily have been Cody speaking. They constantly make reference to the group and never highlight any one individual for excessive praise or criticism. There is clearly no space for egos or players being pandered to unlike what we see in professional team sports where money is king. Both also have a ruthless streak and have no problem making tough decisions. There is no sense of loyalty to players with a reputation. Jim Gavin showed no sentiment when leaving Bernard Brogan off the match day 26. Brogan had doggedly worked his way back from serious injury to get back in contention and had helped Gavin and Dublin to many previous successes, but past glories count for nothing with Gavin. Cody likewise had no sentiment for a number of high-profile characters during his tenure, Charlie Carter, Cha Fitzpatrick and even Henry Shefflin the greatest of all are testament to that. Clearly both men make no effort whatsoever in being anyway close to their players and that makes it easier to make those decisions when they have to be made. Neither man comes across as being ideal company on a night out, but they do have an air of mystery about them which adds to their appeal. They don’t court the limelight and give very little away in their media engagement. Cody even wrote a book which told us next to nothing about his methods and steered clear of any real controversy. So, the truth is for such public figures we know little about them. Whatever about their public persona however they clearly have a skill set which enables them to get the best out of those around them and importantly players want to play for them. Not all managers can say that.

That ability to get the most out of their players develops another trait apparent in both teams. An insatiable willingness to work hard in every game. When you watch extremely talented teams it is possible sometimes to miss how hard they work when they haven’t got the ball. Teams like Kilkenny and Dublin have the ability to outwork their opponents and earn the right to play. Having earned that right, they are then capable of blowing teams away in a 10-minute burst of brilliance. Opponents can think they are well in the game and then in the blink of an eye they are 10 points down and the game is over. Kilkenny in their prime did it repeatedly and Dublin do the exact same in football which is why they are verging on making history.

The other important trait exceptional teams have is they never panic. They will absorb everything that their opponents can throw at them, work it out, keep doing their thing and eventually finish them off.

That comes from well drilled players who have the ability to make the right decisions in the important moments. Dublin were down to 14 men, into injury time, a point down and you just knew they would work the ball to the shooter, Dean Rock, who would clinch the equaliser. The players trust in each other and in the so-called process. How often I watched Shefflin, Eoin Larkin, Eddie Brennan et al producing match defining moments for Kilkenny when their backs were to the wall.

It takes all the traits I have mentioned and then some to produce teams that are capable of greatness. Looking at the hurling landscape now I don’t see a 4 in a row coming again anytime soon and its only when looking back you appreciate what an achievement it was. Dublin are looking to go even further with 5 and likewise that may never be repeated. Kerry will clearly be out to prevent them surpassing their own 4 in a row and for the first time in a long time I find myself looking forward to a game of football.

Whatever the outcome we should consider ourselves lucky to have witnessed greatness in both codes in this generation.