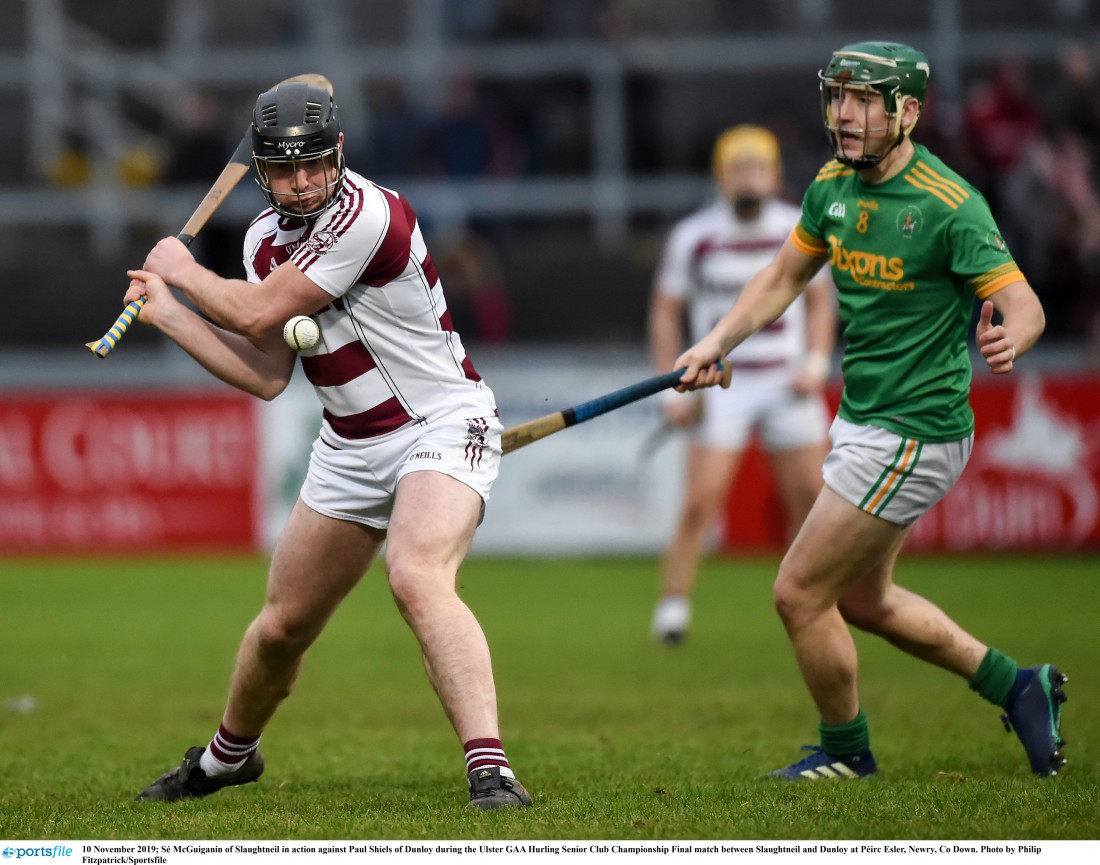 Thankfully there has been club action to divert our attention from the incessant talk of social distancing, wearing face masks and washing your hands. Whilst I am not planning to go full Donald Trump in playing down its severity it is great to have something else to talk about and sport gives us that.

The hurling action I have watched both in attendance and on television has generally not disappointed and I think if nothing else we have a greater appreciation of the importance of the club championship which will hopefully be reflected in the long waited fixtures schedule where a split season looks inevitable.

Its been great to watch club championships in the different counties to get a true sense of the overall standard and a chance to benchmark how we measure up in Ulster. I have watched games from Kilkenny, Limerick, Dublin, Cork and Clare and to be honest it has just confirmed what I already suspected and expressed in previous columns, namely that our top clubs would be extremely competitive in any of the top counties. It is also interesting to watch the styles and systems adopted in the different counties which tend to mirror the approach of their county team.

The Kilkenny club game I watched was between the All-Ireland champions Ballyhale Shamrocks and the Intermediate champions Tullaroan. It was typical Kilkenny hurling, tough, direct, physical and ultra-competitive with the approach very often being land the ball into the forward line fast and let them fight for it. Forwards are expected to win their own ball and that trait alone can often set them apart when championship games are in the melting pot. Meanwhile in Cork I watched an impressive Glen Rovers dismantle a disappointing St.Finbarr’s with precision hurling at its best.

The match lacked the physical intensity of the Kilkenny game but again the style mirrored that of their county team, precision passing, angled ball to corners, the running game etc. The same could be said for Limerick where Na Piarsaigh and Kilmallock operate like the county set up, half forwards dropping deep, hard work in the middle third with fast ball into the inside forwards in plenty of space.

Locally I have watched my own club Dunloy in action against Ballycastle, Rossa and St John’s in a very tightly contested group in the Antrim championship with group placings not established till the final round of games. The group threw up many positives for Darren Gleeson and Antrim hurling in general with Ballycastle and Rossa looking truly competitive again after a few years where they were not really dining at the top table.

Ballycastle ultimately dropped out but they will have taken some heart from their performances.

Meanwhile, in the other group rather predictably Loughgiel and Cushendall qualified with ease with St Gall’s filling the third place berth. St Enda’s dropped out but performed admirably in their first year in the Senior championship following their Intermediate success last year. Again it augurs well for the county that another team has joined the top tier because although our top club teams would be able to compete anywhere in Ireland part of our problem at County level is that we do not have enough clubs to draw on.

Watching games from all over the country has also shown that club teams are extremely well coached and physically prepared. There are not many lads carrying extra weight, all the more creditable given the lack of group training and preparation compared to the normal season. Whilst the limited crowds are far from ideal the passion and intensity are still very much evident.

As if we needed reminding the importance of the club game cannot be overstated and I think that point will not have been missed by the Association and certainly not by the members who are revelling in the fact that the games give us as all something to celebrate and give off about.

The game can also contribute to the overall mood of the community. The club team going well can give everyone a lift and put a smile on people’s faces, something that is increasingly important in the times we are in. It’s healthy for people to have something to look forward to and as we try to get back to some sort of normality the health of the club game in particular will be an important part of our recovery at local level. As we come out the other side, alongside a vaccine and therapeutic interventions, hurling and sport in general will play a key role in improving the well-being of our communities. Hurling on prescription would certainly do the trick for many.