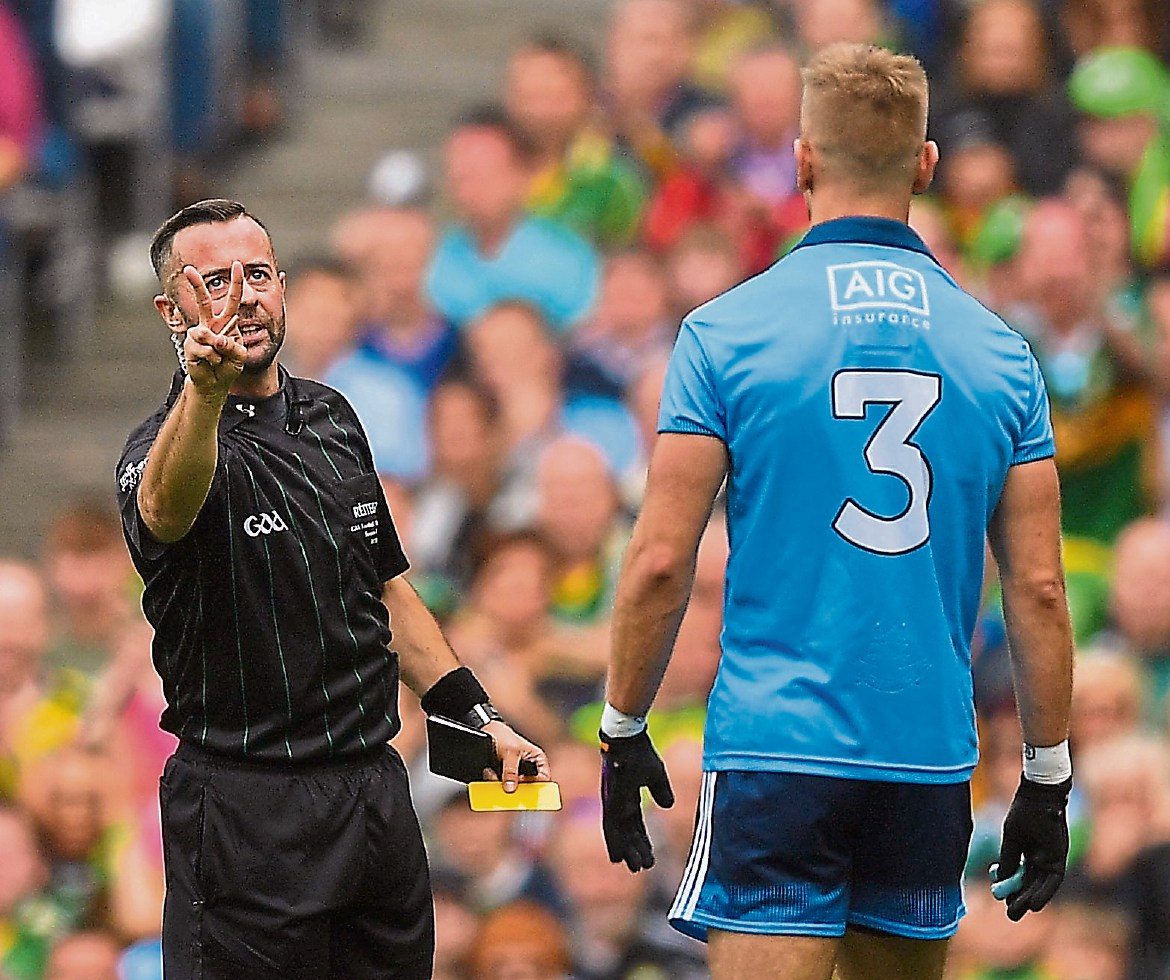 ONE beautiful Friday evening in March, Oey Mantsho, a 27-year-old referee with the South African rugby federation, was out for a stroll close to his home in Pretoria, when he was approached by three armed men and forced into a waiting car.

The men took his mobile phone and car keys, brought him to a remote location in Mpumalanga and tied him to a post. Twenty four hours later, they returned and untied him, leaving him to find his own way home. It was a carefully timed kidnap.

Oey had been due to marry his fiancee Nomanya on that Saturday morning. As he staggered back towards his home, he got a text from his betrothed saying “You have spoiled my life. I never want to see you again.” Oey’s crime? A controversial penalty try award in a local rugby match. Who would be a ref?

The Fine Gael TD Alan Dillon said this week in the Dail that the GAA is no different to soccer when it comes to abuse of referees “with a lot of issues being swept under the carpet.” He was speaking in the aftermath of a weekend of strike action by Ireland’s underage soccer referees, whose governing body is increasingly concerned about the level of abuse and aggressive behaviour aimed at them, particularly by parents.

Things have gotten so bad that the North Dublin Schoolboys and Schoolgirls League (NDSL) recently suspended all matches over concerns about “constant, worsening abuse being suffered by referees”, leaving an estimated 13,500 young players without matches.

The FAI team gave evidence to an Oireachtas Committee this week that two thirds of soccer referees quit within two years due to the level of abuse they are subjected to. I think they should have a march through Dublin to the Dail, holding banners saying “REFEREES HAVE PARENTS TOO”.

Why Mr Dillon chose to drag the GAA into it isn’t entirely clear. He mustn’t go to many GAA games.

I coach at underage and go to two or three matches every week. I was recently press ganged by Nigel Reape into a day of refereeing on pitch 5 for the Jackie McLaughlin U-10 Memorial tournament. There were 16 teams there and a huge, vocal crowd cheered them on throughout the day.

I refereed five passionately fought out and supported games, with the kids going hell for leather. My role model when it comes to refereeing is Slaughtneil’s Sean McGuigan, whose nickname was ‘Play on Sean.’

The only time anyone from the crowd approached me was a Belmullet woman who brought me a cup of black tea after the semi-final. After the final, one parent in the clubhouse said to me was the first time he had ever seen a referee saying “Play On” after the opposing full-forward had attempted to block down the ‘keeper as he was kicking out the ball. Big Sean would have been proud of me.

Our foremost referee, David Gough, was as surprised as the rest of us at Mr Dillon’s odd remarks. So surprised that he went on Morning Ireland earlier this week to talk about it.

Having said he was “surprised”, he went on to say “I’m not aware of any evidence out there to support his statement. I’d love to know where he got his evidence for that.”

I was chatting to John Greene about this during the week and he said that an important difference between abuse of referees in soccer and GAA is that in the GAA we turn them into funny stories.

Tyrone MLA Barry McElduff once sent me a Tyrone referee’s report from the 1960s. The referee was called P. Haughey. His report reads: “Before throwing in, I called the teams to the centre of the field and exhorted them to play the game in the spirit of the Gael, at which point I was struck an almighty blow to my left ear, which rendered me unconscious. In the circumstances, I have nothing further to report.”

Once, at a league game between Dungiven and Banagher at O’Cathain Park, Andy Murphy won a free on the 21 and as he bent down to place it before kicking it, one of the opposition walked over and gave him a tremendous uppercut. Andy fell backwards and when he got off the ground the blood was flowing from his nose.

Tom McFeely from the Foreglen was refereeing. Andy loudly complained to him. Tom waved him away and told him to take the free. Andy composed himself and popped it over the bar. As Andy jogged back to his position, Tom pulled him aside and said something in his ear, at which point Andy (as was his habit) hooted with laughter. Afterwards in the club house, Andy said Tom had said to him “I’ll let you look after that one yourself.”

Those days are long gone. Good behaviour at GAA matches is now the norm, to the extent that abuse of a referee is rare and when it happens, is quickly stamped out by other supporters or parents.

At underage games, it is taboo. If an adult loses the run of himself, he will quickly be intercepted by those around him. Organisers and officials and parents will approach them, and the culprit will be left feeling embarrassed and humiliated. It was disappointing indeed to hear Mr Dillon saying what he did. David Gough asked the Fine Gael TD to produce evidence.

He will be waiting a long time for that… 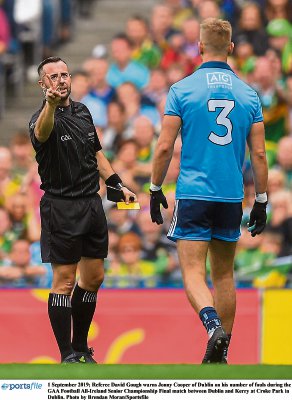