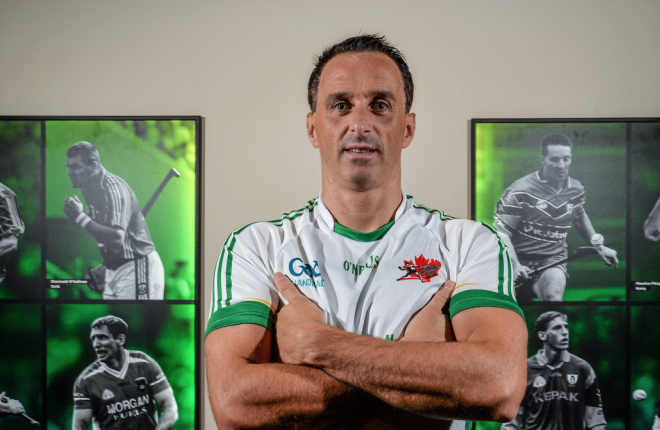 THE internet is another country; they do things differently there.

Recently, the news broke that handball king Paul Brady has been named 14th on a list of the greatest sportspeople of all time, sandwiched between Bruce Lee and Serena Williams.

The story was blasted – as clickbait, with a “guess who” headline – all over the website of one of Ireland’s biggest newspapers.

It’s a poor reflection on journalistic standards. The basics of fact checking have been ignored and with the advent of the internet, news values are obviously completely skewed.

The newspaper referred to the originators of the list, a website called The Skinny 365, as an “American media outlet”.

I immediately grew suspicious and checked it out. Sure enough, the site is a not-so-glorified blog with a pitiful 135 fans between Twitter and Facebook.

A list compiled by a site with such a minuscule following obviously should come with a health warning attached – Sports Illustrated it is not.

Of course, the newspaper threw out the bait anyway and the masses bit.

And handballers, more than anyone, bit hard. Because handball players – and the term is not inter-changeable with supporters, which may well be unique in sport – have a chip on their shoulder about the media coverage our sport receives.

Don’t believe me? Well, check out the comments online around the Skinny 365 list, which has been shared more widely among the handball community than any piece of “journalism” I can recall. So many didn’t just share the webpage but also observed how it was “about time”.

Here is just a sample of some of the comments posted:

– Well done Paul Brady, just recognition of your achievements and the game at last.

– American media company names Paul Brady in the top 15 greatest athletes of all time among names like Ali, Jordan and Phelps, and Irish sport barely recognises him.

– Imagine he is not recognised by his own country. How has he been overlooked for RTE’s Sportsperson of the Year?

– Superb, Paul Brady,and handball gets a mention, about time.

– It is really a sad commentary on the lack of recognition that handball gets when we are proud for the greatest handball player even to be included.

There’s a perception, then, that handball not receive the coverage its players feel it deserves. Why is this? Well, like it or not, ours is a minority sport. Most sports are. And the mainstream media, whose resources have been decimated over the years, will only cover the largest sports in minute detail and rely on the smaller codes to spoon feed them.

I know it in my day job with the Anglo Celt. We cover handball because I am personally biased but we just don’t have the manpower to look after other sports – whose profile in county Cavan is similar to that enjoyed by handball nationally – as well as the likes of Gaelic football.

How do those sports gain coverage? Through a strong public relations approach. They provide concise copy to the media, well presented, timely and in the format they want.

Handball’s network of PROs on the ground is not strong enough at present and that trickles up, rather than down, so we suffer. This, though, is not the only problem.

Before I explain, here’s an example to illustrate. GAA journalist Declan Bogue, who is a friend of mine, conducted an interview with Aisling Reilly lately and it was published in the Belfast Telegraph, Northern Ireland’s most widely-read newspaper, where it was accompanied by some excellent photography.

This was an extremely welcome development yet the first comment under where the article was shared on the GAA Handball Facebook page read: “Does the Tele really know just how many Ulster and All-Ireland champions in handball not to mention other world champs we have in handball in our county of Antrim . How many hurlers and footballers can say that? But yet we get no recognition.”

I showed this comment to Declan and he was baffled. “Are there other world champions in Antrim?” he asked, puzzled.

I told him there are thousands of All-Ireland and world champions in our sport. How could any national newspaper be expected to cover them all, he asked. I had no answer.

Of course, there are those in handball circles who feel that having so many champions – and chances are that almost everyone reading this will have an All-Ireland handball medal at some level – does not adversely affect the sport.

And on a macro level, it probably doesn’t – it’s amazing that our sport can be played at a competitive level from the age of nine to 90. That’s a unique selling point and needs to be retained.

On a micro level, though, each and every one of those All-Ireland medals dilutes the value of the ones that really matter. It’s like inflation – in the days of the lira, every Italian could call themselves a millionaire but a million lira, unfortunately, would barely buy a loaf of bread. It was effectively meaningless and dragged the currency down.

So it is with All-Ireland and world handball medals. We all want one but, in a reputable sport, not everyone can be a champion.

By dedicating his life to our sport and bringing it to a new level, Paul Brady has done more for handball than anyone. His legacy is that he has shown that handball embraces excellence.

Here is a role model who sends out the message that he is a serious athlete and handball is a serious sport; as such, kids can value it higher than others they participate in.

That Brady is not recognised as he should be – and the fact that the handball community salivates over a meaningless list put together by nobodies reflects this – is our own fault.

Now, and this is hard to take but please believe me when I say it, the national media do not take handball seriously. Not in the slightest.

They look at our game and say ‘ah, sure everyone and their grandmother claims to be a champion at that’. They look at a coach-load of world champions being paraded in Croke Park and secretly snigger.

I know this because they’ve told me.

“How can all of these people be the champion of the world?” I was once asked by a national GAA reporter.

Like a true handballer, I went on the defensive but my protests (“well, some of them won the B grade for players from the ages of 45 to 50”) soon started to ring hollow.

The message is clear: only the elite should be an All-Ireland or world champion.

The only good thing to come of Brady being named in the Skinny 365 list is that he garnered some acclaim from it – as an elite player, he deserves it.

Otherwise, the attention it received is faintly embarrassing – anyone reading this could set up a blog right now and make their own list and it would be just as valid as that of an anonymous writer on a website with no readers and even less clout.

World champions breathe rare air and should be acknowledged as such. But, in sporting terms, there is nothing extraordinary about a world C champion, just as an All-Ireland win in a B grade, with a handful of entries, is an achievement that clearly does not tally with what an All-Ireland medal stands for in other sports.

When this is remedied, our top players might receive their due; until then, fleeting mentions on made-up lists hastily thrown together by sites with less followers than there are All-Ireland medals in your club, will have to do us all.