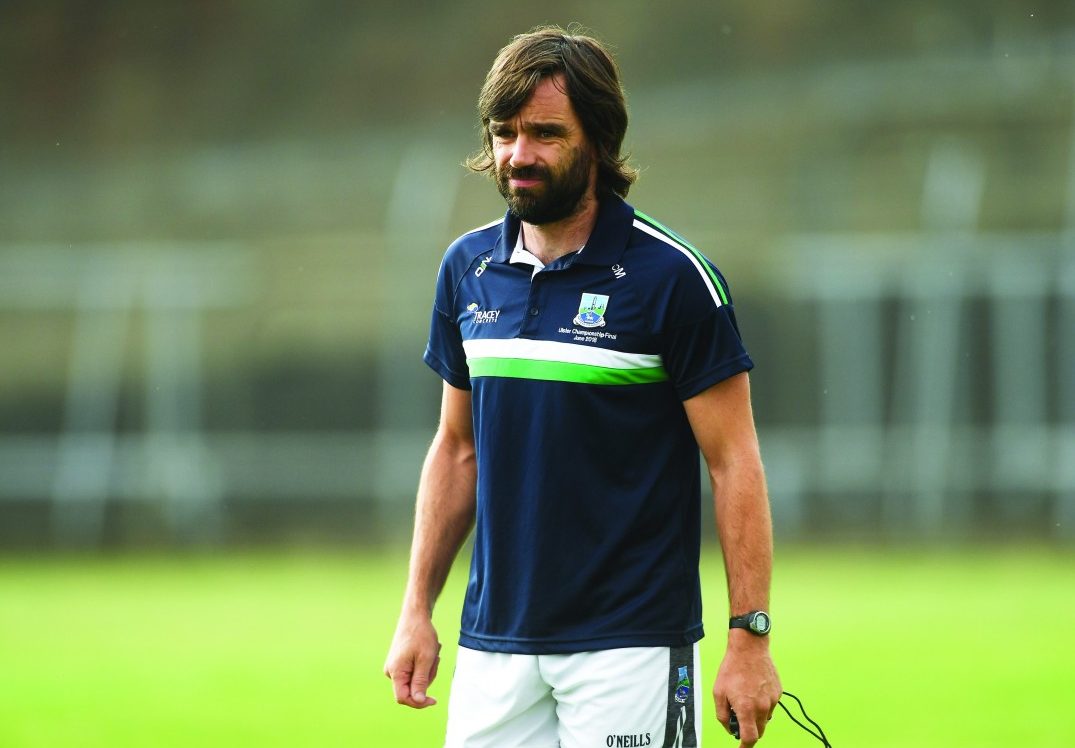 Kevin Cassidy: We are sitting here having a beer in Dromore. The last time I was around these parts, Eamon McGee and myself spent two days on the beer after Tyrone won the All-Ireland. Tell me what Dromore means to you?

Ryan McMenamin: Yeah Dromore means a lot to me. I’m sure it’s the same with every person and their home town, the same with you and Gaoth Dobhair. You always have a pull towards it no matter what. I think probably you feel everyone has your back and vice-versa. To me it’s just where you’re from so you back everyone from the area.

KC: Growing up was it always an ambition of yours to play for Tyrone?

RMcM: Yeah I think it’s every Gaelic footballer’s dream to play for the county. I probably took the roundabout way to be honest but it worked out in the end to be fair.

KC: I know you weren’t born here and from my own experience of being born in Glasgow some may always see you as a blow in and may treat you a little differently, especially early on in your career. Is that the case around these parts or is it different up here?

RMcM: My mother was from the area and it helped that there was a huge connection on her side. When I walked onto to the bus to go to school for the first time there was a seat ready for me and I had a pile of ones I had never met telling me I was their cousin. That made me feel at home and I landed to a wee country school and everyone was out to meet me. In those days people returning from Canada was a big deal I guess!

KC: Tell me about the moment when you were first called into the Tyrone senior set up? Where were you and how did it feel?

RMcM: Myself and Colly McCullagh had been going to trials all winter for early morning training sessions. It was kind of a B squad that was being cut every week. We thought we were mad driving up to Donaghmore as we thought we weren’t going to make it. Believe it or not, I got a letter from Art McRory, I think, in January inviting me onto the panel. I was in the house, there were no Whatsapp groups in those days.

RMcM: Best performance in a Tyrone shirt? Christ, maybe the 2005 All-Ireland semi-final against Armagh, that was alright.

KC: What about your worst?

RMcM: Larry Reilly gave me the runaround in the the McKenna Cup final in 2000 against Cavan. Art had used all his subs so he moved me off him and over to his cousin Jason Reilly and it didn’t get much better for me to be honest as they were two fantastic players. I think we got hammered and those boys were probably involved in 70 percent of the scores.

KC: We know you were always a gentleman on the pitch, but what was the worst thing you did on the field?

RMcM: How dare you Cass, I can’t recall anything bad I did on the field!

KC: I understand that when you are part of something then you are in a bubble and it’s all in, but how was your relationship with Mickey Harte the manager?

RMcM: Yeah when you are involved in something you are in a bubble, big time. But I can honestly say that I got on great with Mickey and still do to this day in fairness. I was always straight with him and he was likewise. In fairness he has given me advice before I got involved in this management malarkey.

KC: Given the competitive nature of club football in Tyrone, did that ever spill into the county scene or have any negative effect at any time?

RMcM: Listen, one thing about Mickey was that when you played for Tyrone you left the club scene at door of the changing rooms. Tyrone was competitive, I clashed with a few players on the panel I would count as good friends in club games but we’d just laugh about it in Tyrone training. In a way I think Mickey loved us being that competitive in club games.

KC: Which player did you love beating the most outside of Tyrone?

RMcM: Honestly, yourself and McGee as I knew I could keep torturing you for a year or so.

KC: Tell me a bit about ‘Ricey’ the manager, what is he like in the dressing room?

RMcM: It’s hard to know, I’ve only started this craic. Come back to me next year lad.

KC: Did you always see yourself taking this path after you finished playing?

RMcM: To be honest I always enjoyed it even when I started taking youth teams, so it was always in the back of my mind. The older you got the more you would pick up on games or training sessions and maybe ideas you could add whenever you were taking youth teams or St Mac’s.

KC: What is a realistic goal for this Fermanagh team?

RMcM: Like every other county manager in December, I want us to win every game. Is it possible? Probably not but you have to be positive and believe in yourself. The backroom team and boys playing are the same and every manager is positive in December.

KC: Enough of the serious talk, who was your most bitter rivals during your time with the Red Hands?

RMcM: Bitter rivals? It was a toss up between Kerry and Armagh and it was hard to separate.

KC: Give me a funny story from one of your Tyrone team holidays.

RMcM: We did have an 18-man Royal Rumble on a floating dock out in the sea. It was used for people who wanted to swim out to sea and then sunbathe so we decided it would be great craic to have a Royal Rumble on it and you had to pay to enter. The last man standing won the money and let’s just say it was mayhem. People that were out on the dock soon got off. I think Cormac McAnallen won it, good times.

KC: Sometimes I wonder if we put as much time as we did into another sport could we have been successful elsewhere. Was there another sport you excelled at?

RMcM: Maybe if I had stayed in Canada, ice hockey would have been right up my street.

KC: I did this with ‘Mugsy’ before and we ended up talking for a good while about his brushes with Mickey Harte over his badly timed social occasions. Did Mickey ever have to take you aside?

RMcM: I stayed under the radar. Poor ‘Mugsy’, trouble just seems to follow him!

KC: Where does Ryan McMenamin see himself in ten years’ time?

RMcM: Christ I don’t know, come back to me in five years and I might have more of an idea.

RMcM: On Christmas Eve I will probably go around to Maura’s for midnight mass in Eskra and then up to her home house as her mother usually has a huge feed ready along with the mulled wine.

KC: That sounds pretty good, thanks again Ryan for having the chat. I’m sure the readers will enjoy it as much as I did.