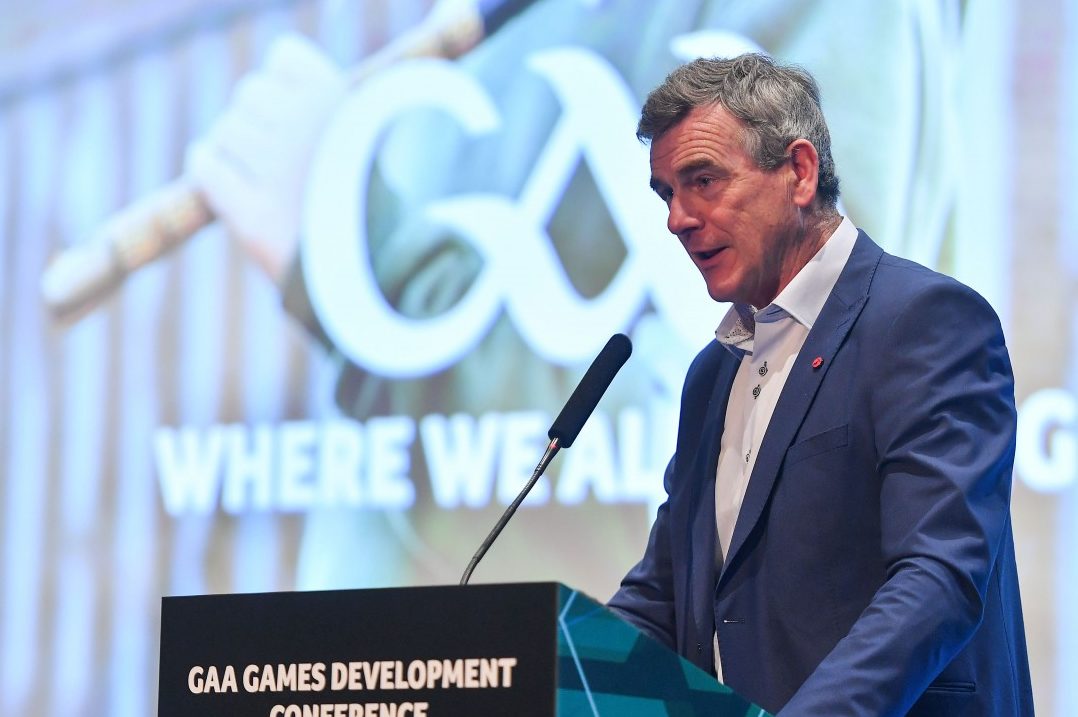 THIS week I want to encourage people to shout “stop – enough is enough.”

Before I get into this I want to state that I do not encourage the use of any language that would cause offence to anyone or any group regardless of race, sexuality or religion.

However, there has to come a point where we shout stop at the trend of everyone going up in arms over a comment that clearly wasn’t intended to offend anyone.

During the Sunday game Colm O Rourke made a comment about our game becoming soft. He wasn’t Colm trying to offend anyone – he was just making the point that referees and players alike should man up for the sake of the game. The comment had barely left his lips and Twitter was up in arms calling for him to apologise immediately and for him to be taken off our screens.

We have changed here as a society. We are now more open about all of those topics that in the past people may have tried to hide.

We encourage people to express their sexuality which is great and when we see more and more high profile players and referees etc being open about it then I believe that this is fantastic.

My issue is that we as a society have become too PC. You would nearly be afraid to make a comment or share a joke in case it gets taken the wrong way and you are painted as something that you are not.

Colm O’Rourke has a family, he is a Principal of a fantastic school and this week I’d say that this backlash for a comment that he clearly meant nothing by hurt him deeply.

What do we want on our television screens? Presenters, pundits and analysts that are afraid to say anything in case it’s taken the wrong way?

We have become a society of victims and the first chance we get we are on it. 99 per cent of people watching the show last Sunday night know only too well that what Colm said was never meant to hurt or offend anyone.

I am not saying that it is okay to say those sort of things but when it’s said in the manner in which it was then we should just take it for what it was.

If we took every single comment  that was said to us to heart and looked for deeper meanings then we would all be living a life of self-pity.

Show me a man who hasn’t made a mistake or an error and I will show you a liar. We are all human and from  time to time we make mistakes – most of which we don’t mean – so for God’s sake let’s move away from this trend of calling foul any time anything is said.

Moving onto the football and last weekend and we had some interesting results. I fully expected Tyrone to take the two points but Banty’s men had other ideas.

Donegal rattled Meath for a few goals and a win against Galway this week should see us safe enough as we head into the last few games. Meath are just a little out of their depth in Division One but these games will no doubt stand to them in the summer. With each passing week we get a better idea of how teams are shaping up so I look forward to this week’s games.