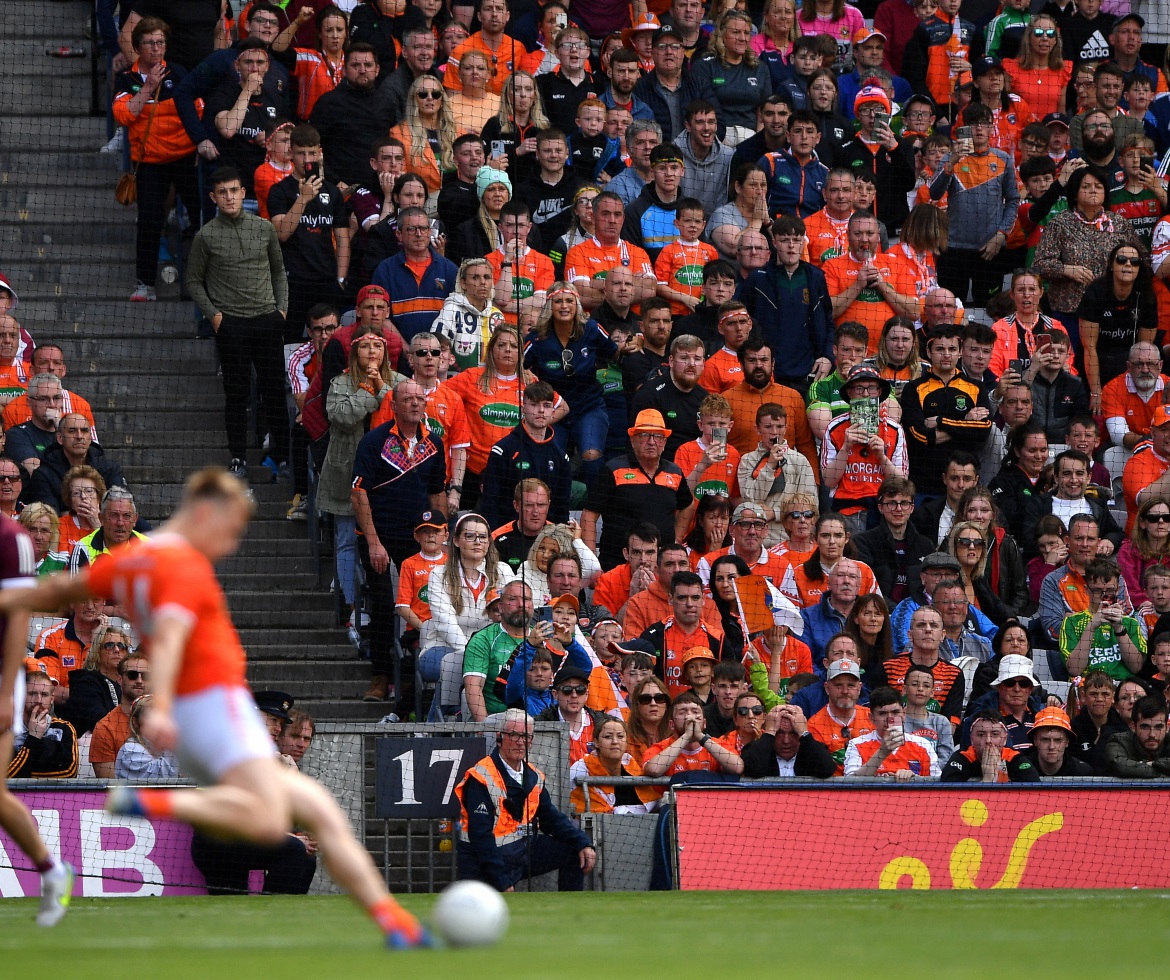 LAST weekend’s games covered every emotion under the sun and it was a rollercoaster of a ride from start to finish.

There was agony, ecstasy, excitement, controversy and moments of sheer brilliance. We had it all by the bucket load as the GAA championship really sprang into action.

Let’s start with Saturday and those two games went exactly as I expected. Derry and Dublin barely had to get out of third gear to sweep their opponents aside as there was a clear gulf in class between them and their opponents.

Derry turned on a professional performance to ensure that they took their place in the semi-finals. From a managerial point of view, Rory Gallagher will be extremely happy with the outing in Croke Park and the way the implemented their style on the game.

The first game after winning Ulster can also be a tricky one, especially for a team that has been in the wilderness for quite some time but, as I expected, Rory had his troops well primed and ready for action last weekend.

Derry will be a match for anyone on Croke Park’s surface as they have the type of players who relish that sort of arena and they can impose themselves in games on that surface.

Naturally they will be elements of the performance Rory won’t be happy with, but that’s a positive from my point of view. It gives them something to work on in training as they gear up for perhaps the biggest game of their careers.

We will touch more on that next week as we look at both semi-finals in detail, but if you’re sitting in the Derry camp then you are fully aware that you have the tools to beat Galway and reach the All-Ireland final. From there, anything can happen so the buzz in the county will be massive this week.

On Sunday, Kerry turned in their poorest performance to date but still had enough to ensure they marched on to that massive clash with Dublin that we are all so much looking forward to.

Mayo never quite looked like winning the game and, in truth, Kerry were in control for the entire match. We waited for them to spark into life, but this never quite happened.

Like Derry, the Kerry management will be happy enough because when they show the video back for their analysis sessions they will have loads of clips to hone in on. Some players will be unhappy with their own personal performances, so it gives them a lot to work on as a gear up for the Dublin challenge.

The game of the weekend and perhaps the game of the decade was Armagh and Galway. Both teams served up an absolute classic from start to finish.

We will start with the football first because it was a cracking game to watch and great credit must go to both teams. The game ebbed and flowed with both teams having their purple patches and looking like they might stride to win it. Both teams also showed tremendous character and desire to claw themselves back into the contest when the game was slipping away from them.

This was the first game in a long time that had us all on the edge of our seats and totally engrossed in the action. We all understand the reason for doing away with replays was to allow more time for club football. Don’t get me wrong, I am completely for this approach and shortening the county season.

With this in mind and given what’s at stake at the stage of the competition, like the quarter finals, then perhaps a replay option may be the best road to go down. If you asked both teams at the start of the game would they rather play this weekend for a replay and then play the semi-finals next weekend, they’d all go for that option, opposed to the dreaded penalty kick situation that unfolded last weekend.

I understand the rules have been made prior to this and the teams have been aware of this, but penalties are something that is not coached within our association. I think it’s extremely unfair to decide such a massive game on a skill which, let’s face it, is a pure lottery.

Perhaps coming away from last weekend this is one thing that we might look at going forward. When we get to the quarter-final stage, allow for a replay the following week and do away with the week’s rest if needs be.

The biggest point spoken about after the game – and indeed all week – was the unsavoury incident that took place near the tunnel. Let me begin by saying that I do not believe that there is any place in any sport for this sort of behaviour. It’s something that the managers should constantly speak about with their players in terms of how they carry themselves on the pitch.

As a former player, I want to flip that on its head and put you into the mind-set of a player involved and that fracas. This is your life. You live and breathe it every single day and dedicate your life to the sport, so to say it means the world to you would be a massive understatement.

You have 60 lads within that perimeter, all highly charged and extremely motivated individuals. Those lads have lived in each other’s pockets all year and perhaps for the last five or six years as a squad so when something like that develops how else would you expect them to react but to back each other up?

I watched and listened to pundits who threw these players to the wolves and said that they should have the calmness and ability to simply turn your back and walk away. Well, I’m telling you now, if I was in a squad and a situation like that broke out, and if five of my players turned their backs and walked the other way then I will be asking serious questions about those individuals going forward.

The one major incident was the hand in the face by Tiernan Kelly and there is no one who will be more remorseful for what he had done than the player himself. In the heat of the moment, you do things that you might not mean to do.

I’ve heard that Tiernan has made contact with the Galway player to apologised for his actions, so for me we should just leave it there instead of dragging this young man through the mud. In the heat of battle shit happens and we have all been there so let he without sin cast the first stone.