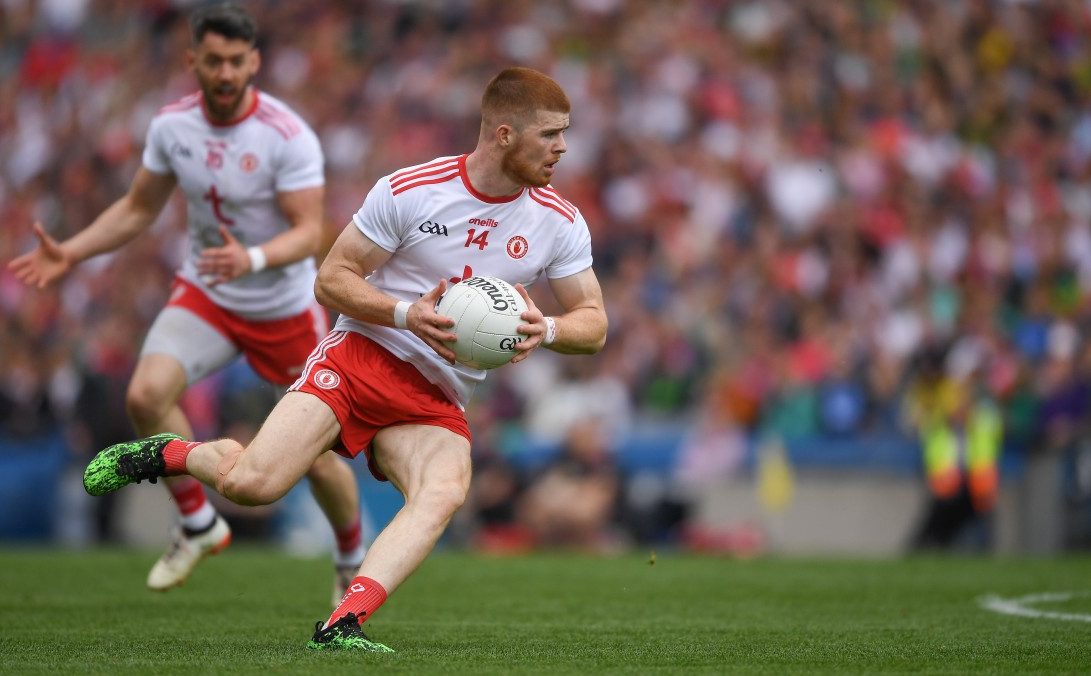 THERE has been a lot of noise this week surrounding the possible departure of Cathal McShane and before I touch on the opinion of others, here is mine.

Growing up, all any sportsperson wants to do is to play professionally no matter what sport you are involved in. The opportunity to get up every morning and go to training would be the ultimate goal, no stress about getting the correct balance between work and training just tunnel vision on what you have to do each day.

Unfortunately our chosen sport doesn’t offer such opportunities. The career of a Gaelic football player consists of a constant fight between time for training and preparation and then our actual jobs that pay the bills.

Cathal McShane has been offered a once in a lifetime opportunity to go and live the life of a professional athlete and to me it’s a no-brainer. The lad has to go and at least experience that to see if he has what it takes to make it out there.

Granted there is a chance that you may not cut the mustard out there and after a year or so you might be cut loose and sent packing, but it’s a chance that I would personally be willing to take.

We are very greedy as an association.

We feel that it’s our God given right to demand that our players are tripping over themselves to dedicate their lives to our cause. County managers expect players to down tools and do what they are told for 10-plus years.

When a chance like this comes along for a young player we start with the “how dare they come along and swipe our players” nonsense.

Well last time I checked, GAA players are not under any contract and they are free and able to do as they please.

Cathal will probably get some stick from some of the Tyrone supporters for taking up such and opportunity and he will be accused of being disloyal etc, but my
response to that would be to ask them to give up their past times, give up their family outings, give up their holidays and give up their social lives and to be at every Tyrone training session for the next two months. I bet you wouldn’t be long seeing how loyal they are to the cause then.

I can kind of understand where Mickey Harte’s comments came from last weekend. After last year’s campaign and how effective Mc- Shane was, you can be sure that Mickey and his backroom team had planned this seasons game plan around the player, especially now that the offensive mark will be brought in, so to have that suddenly ripped form you must be frustrating.

Mickey should have held his council though as his comments didn’t come across very well. At one point he states that Cathal would have a better future by staying with Tyrone.

I want you to think about all the excellent players Tyrone have had over the last 20 years, think about how many All-Ireland titles they have won and think about all of those wonderful days out that they gave the Tyrone faithful. Now I wonder how many times the county board or indeed fans touch base with these icons to make sure they are getting on ok in life away from the limelight. Very few times I’d imagine as eaten bread is soon forgotten.

I’m sure it would be amazing for Cathal to go on with Tyrone and win another few Ulster titles and perhaps that much sought after All-Ireland, but when all is said and done I have yet to see a bank that will give you out money to pay your bills when you show up with a bag full of medals.
Cathal must decide what is best for himself, he must consider his long-term financial future and if it’s best for him to go and try make a life for himself in the AFL.

I don’t think anyone has the right to stand in his way Finally, I’d like to congratulate Kilcoo on another fantastic win, what an achievement and lifelong dream to now go on to play in the biggest club day of them all. I will go into more depth next week on where I think the game will be won and lost.

Kilcoo, like Corofin, are beginning to peak at the right time. I watched them against Derrygonnelly and again against Naomh Conaill and each time they have improved.

They will need a massive lift now to beat Corofin but I’m sure they will be up for the battle.