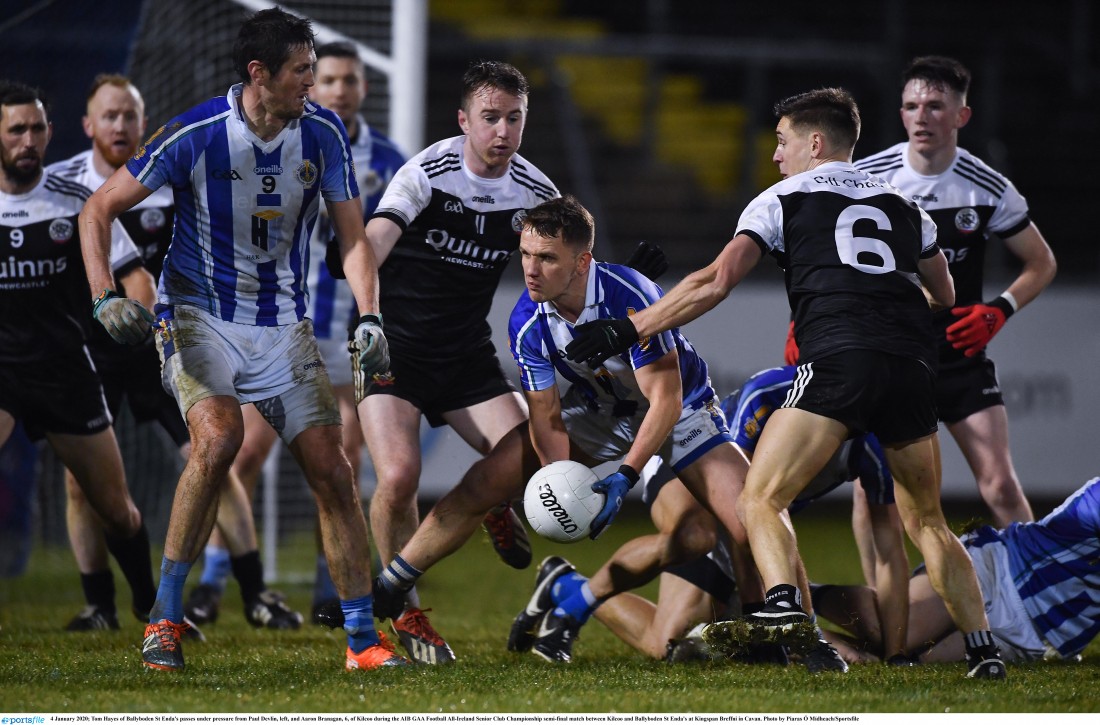 SUNDAY will mark the biggest day in the history of Kilcoo GAA. The county Down club will get to realise a lifelong dream when the make the short journey up the M1 to Croke Park to contest the All-Ireland Senior Club final against Corofin.

I have been at a good few of Kilcoo’s games this year and it has to be said that they have reached the final on merit. Over the last few years they have been dominant in Down but could never get over the line in Ulster.

Fast-forward to this year and after going all out to get the right man in place, Mickey Moran took them to the Holy Grail and now they face into the biggest day of all.

Going by reports it was Mickey they wanted and no one else so credit to the guys behind the scenes who made this happen. Mickey then brought Conleith Gilligan along with him and there is no management team that knows more about the club scene in Ulster than those two lads.

Through their Ulster campaign they have gradually built momentum. I covered their game with Derrygonnelly and coming away from that game I wasn’t too sure about them. Derrygonnelly caused them some problems and had it not been for some wayward shooting from free kicks, then Derrygonnelly could have beaten them.

Against Naomh Conaill in the final their levels went up a notch or two and they got their tactics spot on and they totally dominated the Donegal champions.

After finally getting over the line they obviously grew in confidence and once they came out of Ulster I’m sure they said to themselves we are as good as anything out there.

In the lead up to the All-Ireland semi-final against Ballyboden they were being written off but I had a sneaky felling that Ballyboden would struggle to cope with their intensity in the tackle.

I covered the game down in Cavan and on the morning of the match as we prepared for our broadcast with TG4, nobody gave them much of a chance.

I watched both teams closely as they arrived at the pitch and it was clear their was an air of confidence about the Dublin champions, but looking deep into the eyes of the Kilcoo players – and in particular watching how they warmed up – it was clear to me that they were ready for war.

From the off they smothered the Ballyboden attack and at stages it looked like Ballyboden had given up such was the ferocity in the tackle. Their transition from defence to attack is frightening and they can score from all over the pitch.

Heading into the final against a team going for three All-Ireland Club titles will no doubt be a massive ask, but it’s one that these lads will be well up for.

How do you go about stopping this free-flowing Corofin machine? Well that’s a difficult question but they can be got at. For me you must go after their main men and take them out of the equation, easier said than done but to stand a chance you must limit the influence the likes of Gary Sice, Jason Leonard and Liam Silke have on the game.

Mickey Moran and Conleith Gilligan will have a massive say on how this game goes because if the two lads can come up with the right tactics and match-ups then I believe Kilcoo have a great chance.

At this stage I’d like to wish our fellow Ulster Gaels all the very best on the big day and with a bit of luck things will go your way but no matter what it will be a day the Gaels of Kilcoo will never forget. Ádh Mór.