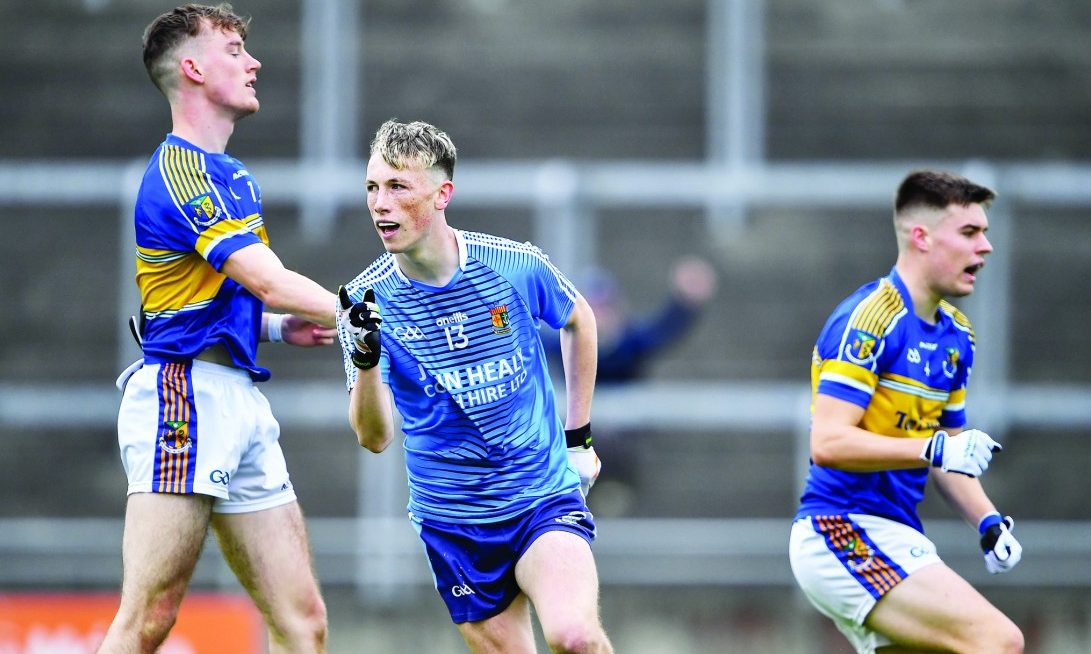 TO be or not to be? That’s the big question as we move another week further into club action.

Most of you will be aware that a lot of clubs have had to cease activity over the last number of days due to members of that club coming into contact with Covid-19.

With the country opening up and more and more people moving about, it was inevitable that more cases were going to appear. The GAA has left the decision on what do to down to each club and each individual county board, and I think over all that this is the smartest decision.

Obviously rural counties like our own hopefully won’t have as many cases and as much community transmission as say the likes of Dublin or Belfast, so it makes more sense to deal with each case individually as opposed to issuing blanket bans across the board.

I have to admit I was impressed with the actions taken by a number of clubs this week as they moved swiftly to cease all activity to allow proper testing. That, in turn, allowed them to return to action again once things were checked out.

It goes without saying that people’s health comes first and we all must do whatever we need to in order to make sure that it doesn’t surge again, but likewise you cannot underestimate the importance of having sport in our lives. Every effort must be made to ensure that we can continue to have this in our life.

If we can continue to take all the precautionary steps, then there is no reason to believe that this season will come to a sudden halt. From my own experience with my own club, I have to admit that there have been very few occasions either during training or games where I have felt that I may have been at risk.

We, like all clubs, are adhering to all the guidelines given to us so hopefully if we all play our part then we will be able to keep everything as it is.

I am also involved in the hospitality industry down here with our bar and pizzeria Teach Mhicí so I also get to see the conscious effort people are making to make sure that they do not help the spread of the virus.

If the virus was to return to levels that we saw before, then it won’t be the playing of sports or the fact that people are going out for dinner that will be to blame, it will be the irresponsible actions of those who feel the need to congregate in large numbers at house parties and gatherings.

Our experience over the last few months tells us that if we all play by the same rules and be mindful of what we are doing, then we all get back to normality a whole lot quicker. If we have the situation where our younger population are going to do as they please and put themselves in danger, then we will all find ourselves locked up in our house again and this time the novelty of it won’t see us through.

I believe we as an Association have a massive part to play here. Young GAA players can act as social influencers and help discourage any sort of behaviour that may result in us having to go backwards into lockdown.

If there are massive parties in your area, use your influence to discourage your teammates and friends from attending these gatherings. Keep showing good examples of sticking to the rules and by doing this you will be amazed at the amount of people who will follow your lead. We may not realise this but we can have a major influence on how younger people behave.

Take, for example, if there was a massive house party called in your area and the players on your minor team made it very clear that they wouldn’t be attending and that they didn’t agree with it happening. I would bet my house on it that it would be a while before anyone tried to organise a get together again. We as a society thrive on popular opinion so if it’s not the ‘in’ thing to do then people simply won’t do it.

We all want to enjoy ourselves and I myself probably more than others like to have the craic and enjoy myself, but this is a time for acknowledging that we have a hell of a lot more to lose than gain from straying from the rules.

I would again encourage all players, young and old, to lead by example and if we do that then we may help keep this horrible thing at bay and our personal reward will be that we get to play the games we love.