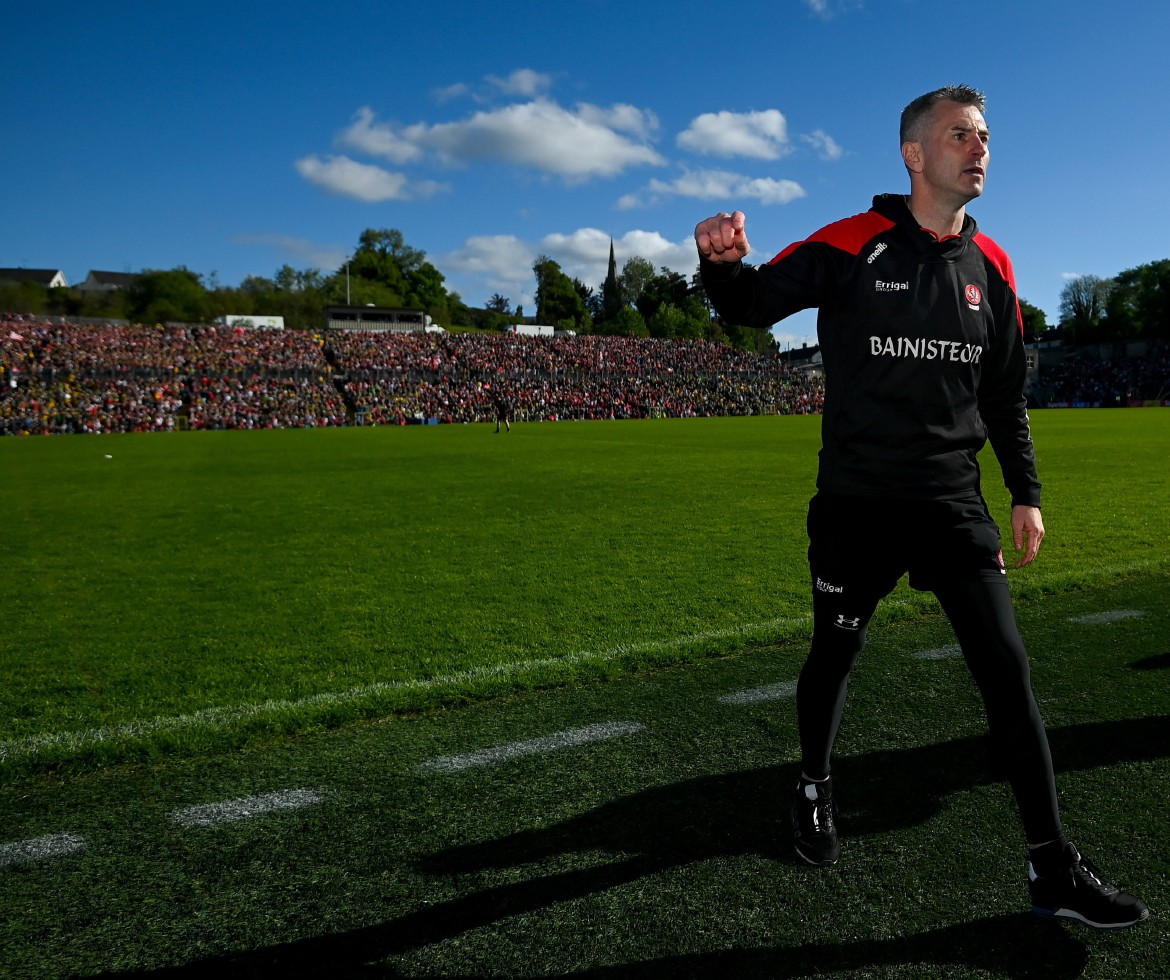 RORY BALL...There is only one person that made Derry's rapid rise possible according to Kevin Cassidy

THERE is nowhere else you can start this week apart from Derry’s magnificent achievement in becoming Ulster champions for 2022.

Cast the mind back to 2019 when this Derry team scraped past Leitrim in a Division Four final, and when you compare where they sit this week, it’s a remarkable turnaround.

Let’s not beat about the bush when we look back at Derry over the last 10 years. They have been nothing short of a shambles. They fell flat at every big occasion and when you consider the players they had within their ranks during those years, this was always a mystery.

The players this season obviously deserve tremendous credit for buying into what the management has asked of them and also upping their commitment levels to be able to compete at the top table.

But there is one man, and one man only, responsible for this rapid turnaround.

Looking at this season, and even last season, I can relate to some of the changes that have taken place within the Derry camp, because we went through a similar change ourselves in 2011 where Mr Rory Gallagher was also hugely influential in turning that wheel.

It won’t have been one major thing that Rory changed, it would’ve have been a hundred small different things, some of which mightn’t even seem important.

But when you piece all of these changes together, it brings a massive shift in mentality and culture. Rory’s coaching and man management is second to none.

I am on record before saying that without Rory Gallagher’s input, Donegal would never have achieved what they did. I know exactly how highly those Derry players will regard Rory and his coaching methods.

Rory has this knack of making you believe that you are invincible and that you are capable of operating way above anything that will come in your path. He actually wants you to be challenged on match days, and doesn’t want anything easy for his players, because to him that’s why we play the game.

I’m sure those of you on social media saw the pictures and videos circulating of the Derry team celebrating and right in the middle is Rory. To me, those sort of things are what makes him connect with his players. When we won the Ulster title in 2011, Rory celebrated with the players like he was one of us.

Once the celebrations were over and we returned to training that week, the bond between Rory and the players grew even stronger. Like he said after Derry’s win last weekend, spending a few days in each other’s company is an extremely important part of the development process.

The game itself was disappointing to say the least and came in for a lot of criticism, but again I have to praise Rory. Even though Donegal tried to mirror what Derry were going to do, he stuck rigidly to his game plan right up until the last two minutes of extra time and that’s why Derry got over the line.

The Derry players and management would have enjoyed the few days of celebrations, but they will be back in a swimming pool somewhere getting the body ready again before Rory unveils his next course of events. Make no mistake, he has already planned for this.

The Donegal players will be extremely disappointed this weekend because although the tactics were to mirror what Derry were doing and to be patient when in possession, I feel that there comes a time when players must throw caution to the wind and play off their own initiative.

No management team can coach you the whole way through a game. When the game is on the melting pot, it’s up to the players to make those decisions on the field of play and do something different from what you have been doing up to that point, especially if it has not been working for the team.

Donegal will find it hard to regroup this week, but regroup the must and quickly. When you look at the level of opposition coming down the tracks, they need to get their season back on course quickly or they will face a swift exit from this year’s All-Ireland series.